From artificial intelligence to blockchain, North Texas companies are involved in the newest and most innovative trends in the world.

Research and advisory firm Gartner announced its top tech trends for 2018. Here’s a quick glance at some of the Dallas-Fort Worth companies leading the charge in each arena.

Flux Farm Inc. has developed an artificial intelligence that’s inexpensive and easy to use. [Photo courtesy of Flux Farm]

The Richardson-based startup’s AI-based technology allows companies to deliver smarter, more-personalized training and coaching aimed at improving the performance and morale of employees who contact customers. It was founded in 2014 by Sean Minter.

This “Uber for lawns” startup uses robotic lawnmowers to silently cut the grass every night. Customers rent the Robin equipment, which looks like a larger version of the Roomba indoor vacuum cleaners.

Founder Kyle McAllister started this company while in college to make T-shirts for study abroad programs, but it has evolved into a tech startup that uses predictive analytics to estimate clothing size for large customer orders. 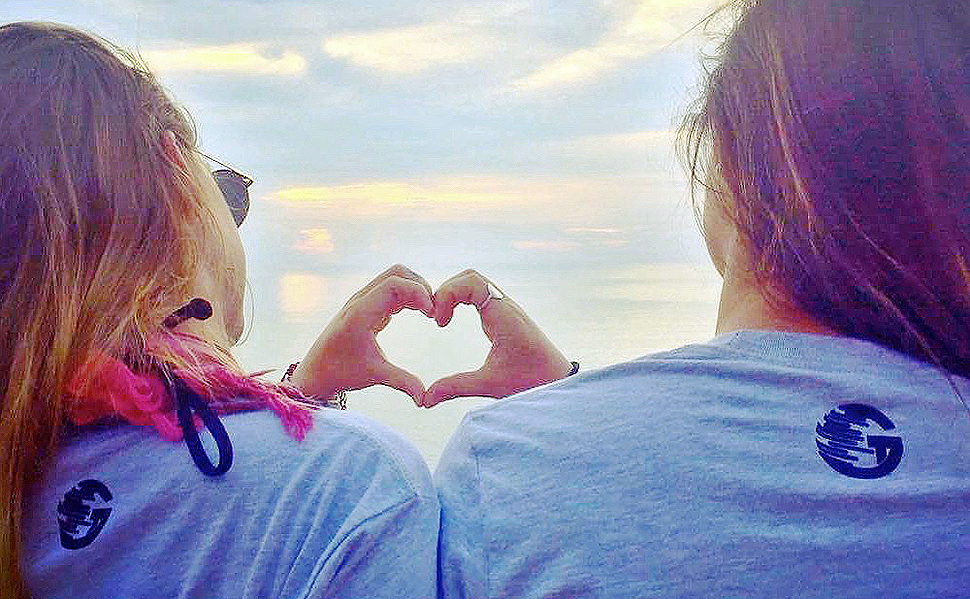 This Dallas company wants to make AI do all the boring, repetitive work needed to build reports so people can focus on creative pursuits.

This Dallas and Austin startup develops high-level conversation templates that can help companies communicate with customers. Conversable is the creation of serial entrepreneurs Ben Lamm of Dallas and Andrew Busey of Austin. Its offices are in the West End in Dallas and in Austin.

This startup is developing new AI that companies can use as chatbots on their websites, answering frequently asked questions in real time.

Fans of comic books and science fiction can connect with others who have the same interest and buy and sell on the secure marketplace using this company’s app. 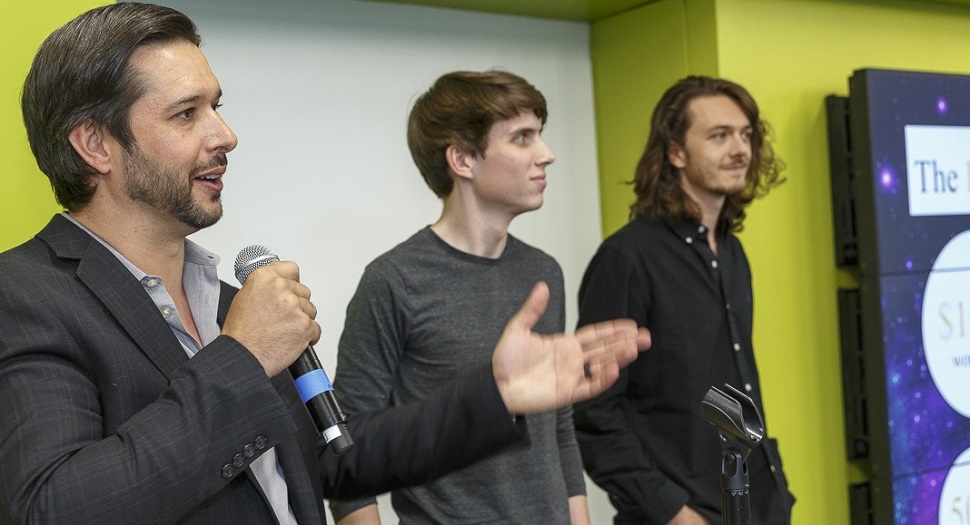 Cosmunity CEO and co-founder Cole Egger, along with student co-founders Chance Hudson and Zac Cooner, introduced attendees to their app, which received a $25,000 grant from the UT Dallas Seed Fund last year.

The Dallas-based health tech company aims to “Uberize” the process of connecting home health agencies with qualified clinicians. CEO John Olajide said the company’s mobile app is the first of its kind.

This startup helps health care providers connect their patients with referrals by providing real-time availability. The app and web-based program can schedule the referral appointment with a few clicks.

Dallas-based MediBookr website and mobile app allows users to search for and find health-care providers’ profiles, including price and ratings, shorten the search result list through digital filters, compare them, and then book with the best providers. Last year, the Health Wildcatters graduate was recognized by Premier Inc. as one of the top“groundbreaking” health-care companies in the nation, and in 2016, it was the winner of Southwest Airlines’ Soar to Success Business Pitch Competition.

Cloud to the Edge

Dallas-based AT&T’s Foundry in Plano gives startups an incubator where they can innovate and develop prototypes that could join the telecommunications giant’s IoT lineup.

This company specializes in bare metal servers connected to the cloud to develop a faster, more reliable internet. The company opened a Dallas location to be near the corporate tech hub that’s already here.

This Richardson-based company started developing video games such as DOOM, QUAKE, RAGE, and Wolfenstein in the 1990s and is still going strong, with a specialization in creating immersive worlds.

This Dallas startup specializes in immersive content such as 360 video, VR, AR, and visual effects. The content creation studio does work from some of the world leading brands.

Dallas-based StackPath is an intelligent web services platform for security, speed and scale with more than 30,000 customers that range from early stage startups to Fortune 100 companies. It was founded by Lance Crosby, who is the company’s CEO. It announced in September that it had added two new programs — StackPath Propel and StackPath Amp.

From law enforcement to building security, this company’s wireless surveillance equipment can be deployed quickly and easily. It’s so simple that non-company employees can use it.

A new Dallas firm wants to be on the front lines of cybersecurity for mid-market companies. Zyston raised $2.2 million of equity capital in May 2017 to fund accelerated growth of the business.

Cybersecurity is a major concern for businesses, and Zyston hopes to fill a major role in curbing it.

This company is working closely with 5miles, an online marketplace app, to incorporate blockchain trust and security into the consumer transactions. It’s new blockchain platform, CyberMiles, announced in the fall that it has raised nearly $30 million in the crowdfunding phase of its initial coin offering. Participants from 111 countries contributed to the ICO, the company said. CyberMiles is designed and optimized for commercial applications and is led by Dr. Lucas Lu, who also founded the 5miles peer-to-peer marketplace.

This company launched its bitqy cryptocurrency earlier this year, and it’s ranked among the top 15 Ethereum platforms. The company serves several industries, including travel and online shopping.

The North Texas startup is focused on developing software “at the intersection of blockchain and Internet of Things.” For one of its notable projects, Oaken is working with Toyota and several other major automobile manufacturers on figuring out how to incorporate blockchain technology to securely store data, into the vehicles of the future.

Chicago-based OCC, which has a large operation at Cypress Waters in Dallas, is the world’s largest equity derivatives clearing organization in the world. It has begun clearing bitcoin futures as part of its businesses.

This company is building apps and websites for clients such as National Geographic, Nokia, Red Bull, AT&T, and Qualcomm. The company also released an app called CoinPouch, which puts secure access to cryptocurrency in the palm of your hand, and allows you to send it anywhere in the world in seconds, just as you would send an email.

A version of this story first appeared in Dallas Innovates 2018, an annual magazine that showcases Dallas-Fort Worth as a hub of innovation. Read more about the region’s game changers, disruptors, creatives, and our new frontiers in the digital edition.

Tech Trends: The Gig Economy in Dallas-Fort Worth

The Gig Economy is the biggest macro trend in the U.S. workforce in over a century, and the Dallas region is primed to lead the movement, according to Clarisa Lindenmeyer of Proximity+Power. Here are some of the companies serving Dallas-Fort Worth—on demand.

Back to the Future: A Look at the Tech Changing Business

Augmented reality, virtual reality, and artificial intelligence are the future of retail — and many other industries. Lurking in the background is blockchain, which has the power to disrupt everything in our daily lives.

Invention: A Look Back at Historic Firsts With North Texas Ties

From liquid paper to the frozen margarita machine, delve into a list of inventors and inventions that have North Texas origins.

Breaking the Mold: North Texas Companies to Keep on Your Innovation Radar

More than a dozen companies operate innovation labs, test centers, or teams in North Texas — add these to your watch list.