In this weekly roundup of research and development activity in North Texas, you'll also find news about a UT Southwestern study on how exercise may slow brain deterioration for those at risk of Alzheimer's disease.

UTA scientist works to battle malware from the hardware up

If you have a computer, you might worry about malware—malicious code inserted into its operating system via software files—infecting it and wreaking havoc. 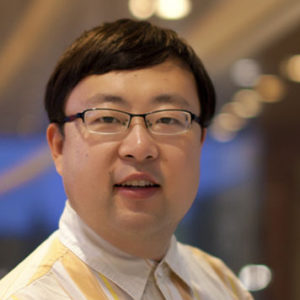 A researcher at the University of Texas at Arlington is working on the problem in a unique way—combatting malware by building anti-malware code into computer hardware instead of counting on software to fight the digital battle.

Jiang Ming, a UTA associate professor of computer science and engineering, is building on discoveries he published in a 2018 paper with the help of a $174,998 National Science Foundation grant, according to a statement.

Through his new research, Ming hopes to develop a unique machine-learning model recorded on a chip at the hardware level. That approach would allow the recovery of a fully functional version of the original application programming interface (API) of the malware’s code.

The API is a set of clearly defined methods of communication among various software components. According to a statement, the ability to recover the unpacking code at the hardware level is more effective in preventing malware infection.

A new study from UT Southwestern Medical Center reports that exercising several times a week may delay brain deterioration in people with a high risk for Alzheimer’s disease.

Scientists are saying that the research deserves a further look to establish whether fitness can affect the progression of dementia, according to a statement.

The research found that people with an accumulation of amyloid beta in the brain—a hallmark of Alzheimer’s disease—showed slower degeneration in a region of the brain that’s crucial for memory if they regularly exercised for one year.

The exercise did not prevent the eventual spread of toxic amyloid plaques blamed for killing neurons in the brains of dementia patients, but the findings did suggest an intriguing possibility that aerobic workouts might slow down the effects of the disease if intervention occurs in the early stages, according to a statement.

“What are you supposed to do if you have amyloid clumping together in the brain? Right now doctors can’t prescribe anything,” Dr. Rong Zhang, who led the clinical trial that included 70 participants ages 55 and older, said in a statement. “If these findings can be replicated in a larger trial, then maybe one day doctors will be telling high-risk patients to start an exercise plan. In fact, there’s no harm in doing so now.”

There’s been a lot in the news lately about e-cigarettes and vaping, and work by an alumnus and a faculty member at the School of Public Health at the University of North Texas Health Science Center in Fort Worth is garnering some of that attention. 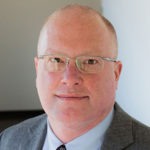 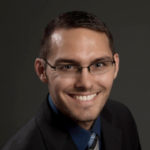 Media outlets have been giving some attention to a study led by Matthew Rossheim, an assistant professor at George Mason University and a 2014 UNTHSC graduate, and assisted by UNTHSC Public Health Dean Dennis Thombs, which concluded the number of injuries caused by electronic cigarettes is probably drastically underreported.

“We found that better surveillance of these injuries is much needed,” Rossheim said in a statement. “There are serious injuries occurring, such as people suffering 2nd or 3rd degree burns, losing teeth and suffering damage to their tongue and face. Bystanders have been injured by projectile injuries.”

A statement cited the example of a Fort Worth man who was killed in February when his e-cigarette exploded.

To gather his data, Rossheim had to use his ingenuity.

“What Dr. Rossheim did was pretty clever,” Thombs said in a statement. “He created a set of keywords associated with e-cigarette explosions and found many more serious injuries than is being reported nationally.”