Tech Wildcatters startups returning to the pitch stage talk about their latest business developments, new products, and plans for the future.

STARTUPS RETURNING TO THE STAGE WEDNESDAY

Eleven startups will be featured during Tech Wildcatters Gauntlet Fall Pitch Day Wednesday at the House of Blues in Dallas.

Pitch day veterans took a moment this week to discuss how their businesses have developed since the spring pitch day. 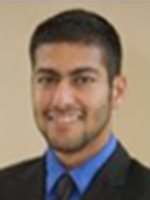 Really growing our revenue numbers, spreading to over half the U.S. with sales channel partners, and being awarded InfoComm 2016’s Most Innovative Product (within the Audio Visual industry) of the year.

Dycap’s Perfect Track is fully developed and selling to actual end users. For this Tech Wildcatters pitch day, we hope to find follow-on investors that will really help grow our market awareness and sales efforts.

Including the capital from Tech Wildcatters, bootstrapping, and the prize money we’ve won, approximately $55,000 has been invested in Dycap. We are currently raising our seed round of capital and have a lead investor we are in due diligence with. We plan on finding follow-on investors during our pitch day.

We would be using the investment for sales and marketing infrastructure.

The next goal we would like to accomplish at Dycap is closing our seed round of $600,000. The next milestone we will achieve following this feat is obtaining over $1 million in sales revenue after our 285th sell within the year. 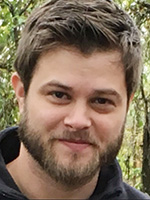 Growth. We have had tons of growth since pitch day and have signed up almost one new customer a week.

We’re doing well on product development. We have a new and improved in-house inventory system we’re working on, but its still in the early stages.

We raised a little over $300,000. We were originally looking to raise more, but we added several accounts while fundraising, and we actually needed less than we originally had thought.

Our goals are to be near $100,000 in monthly revenue by this time next year and for our in-house inventory system to be completed. 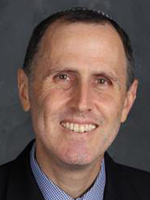 Our Q3 revenues increased by nearly 50 percent compared to Q2. We began serving four new Dallas-Fort Worth area locations. Um, you could say we’ve been busy.

We have been operational for over two years now and just hit the point of profitability. We’re still growing within DFW, but prepping to expand regionally.

We opened a $725,000 round on Sept. 14. To date, we have $685,000 committed in signed term sheets. Deep Space Ventures is the largest player in the round with a $500,000 investment. Tech Wildcatters is also in for $100,000. TW has made the process of venture capital fundraising simple, effective, and relatively low stress. They’ve been an incredibly valuable partner.

Tech EdVentures is ready to expand into new markets outside of Dallas. To make this happen, we will spend investment capital on staffing to create turnkey materials, C-level leadership, and enhanced marketing. 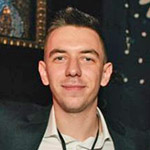 We successfully completed the prototype stage of a new product designed for aquarium photography. We’re developing in partnership with another company, and have a few other design and development agreements for innovative optics products outside of our core product line. We expect that these agreements alone will bring us over $200,000 in revenue in 2017, not including any sales from our core product line, which we plan to release this year.

Our first product was a minimum-viable product produced from pre-made components on which we raised more than $17,000 on Kickstarter. This product utilizes diffraction to change the way light travels to a phone’s camera, and produces breathtaking, colorful images.

Our Chief Technology Officer, Charlie Griffin, has used skills he gained while working with NASA on optics issues to develop a new lens system from the ground up that produces clearer, more consistent, and more vivid images when using our product.

We’ve completed the optics design, and are working with an accomplished industrial designer to design and build a custom housing for the lens components. Once that design is complete, and we’ve closed our seed round, we will begin full scale production of our product line.

We’ve received $15,000 through Tech Wildcatters, however, we now have an open seed round.

We hope to use future investment for producing a large-scale inventory run of our first three products, building out the rest of our team, and funding marketing expense to launch our product line.

Successfully close our seed round and bring our product to market!

Delivering what’s new and next in Dallas-Fort Worth innovation, every day. Get the e-newsletter here.