CEO Ben Lamm says the mission control software can operate entire satellite constellations from mobile phones in the field. That remote capability is particularly important for critical operations at government and commercial flight operation centers in a pandemic.

Most companies have innovated quickly in the time of COVID so employees can stay safe and work remote. But for some, that’s not so easy. The global pandemic has the potential to slow critical operations at government and commercial flight operation centers, which require personnel to work on-premise in close proximity.

Texas-based AI firm Hypergiant Industries has a solution to help with that: the Hyper-Intelligent Vehicle Enhancement (H.I.V.E.) Fleet Operations Platform.

Launched by Hypergiant’s Galactic Systems division, H.I.V.E. is a new platform intended to reduce costs for organizations that have capital investments in mission management operations. According to Hypergiant, it has the ability to support nominal and safe manned and unmanned spaceflight operations, decrease training time, and increase productivity.

And, its reach expands beyond the coronavirus pandemic. 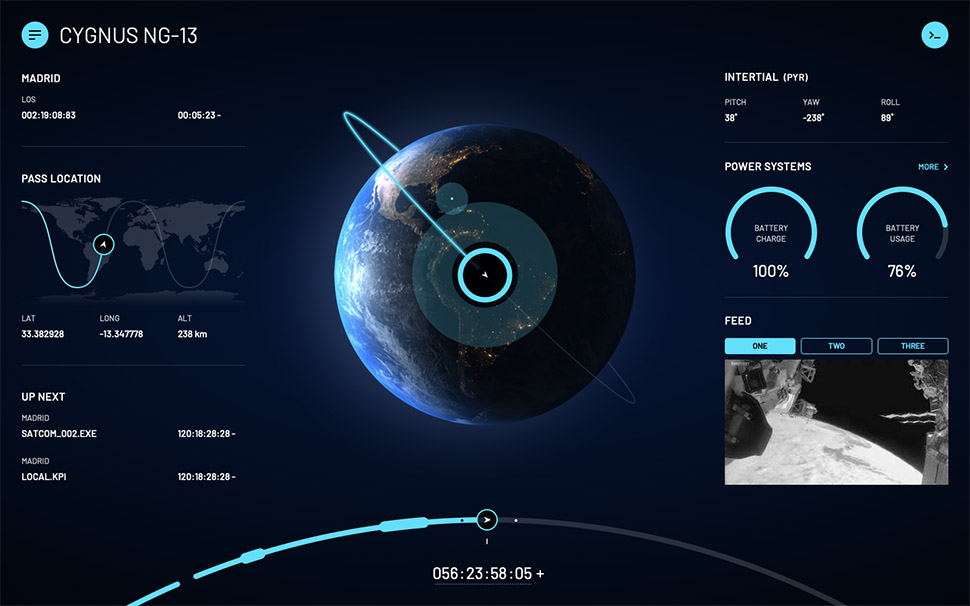 He and his team want people to be able to operate an entire constellation from their phones while in the field.

“With virtually every ground control software company we have spoken with, AI and UX augmentations are on their R&D roadmaps. Everyone in the industry knows it needs to evolve in this fashion,” Lamm says. “Unfortunately, this requires very specific expertise and these efforts are consistently kicked down the road. However, this is directly in our wheelhouse. H.I.V.E. solves the problem of the exponentially-growing number of satellites and the resulting bloat of data to ensure that operations can scale in a flexible and cost-effective manner.”

H.I.V.E. uses modern design principles and tools and leverages a cloud architecture to improve both flexibility and agility. The use of cloud-based AI tooling on a satellite mission could lead to more automated operations and integration functionality, according to Hypergiant.

“This represents an important evolution in mission control software,” Lamm said in an announcement. “Advances in AI/ML and UI/UX can and should be applied to flight-proven ground control platforms and we know this is a vital next step in efforts to democratize access to space.” 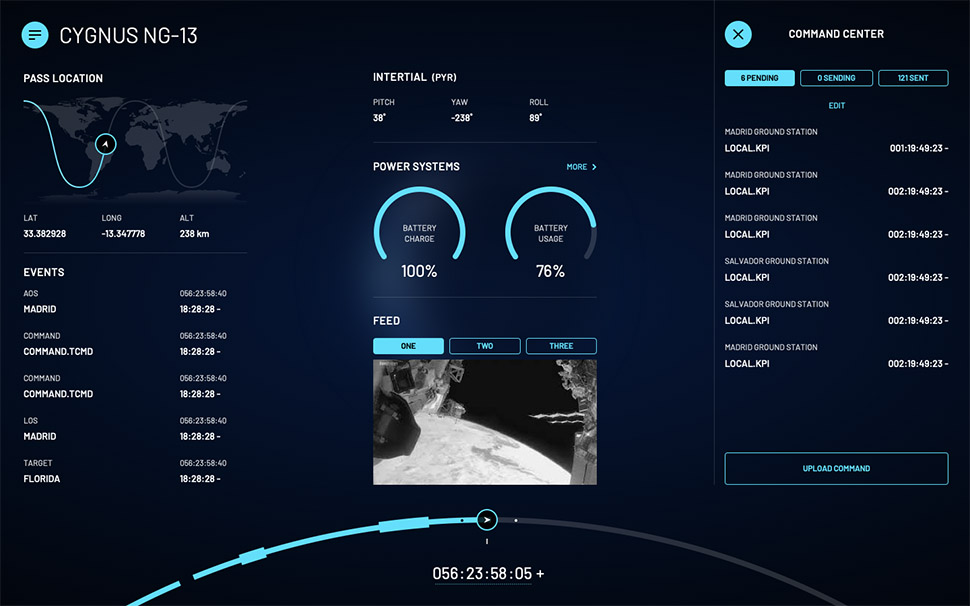 H.I.V.E. features a next-gen UI layer that streamlines and distills actionable information for critical decision support, as well as an AI layer that aids in disaster response through predictive tasking of orbital assets by ingesting and correlating external data sources such as FEMA databases, RSS streams, and Twitter feeds. 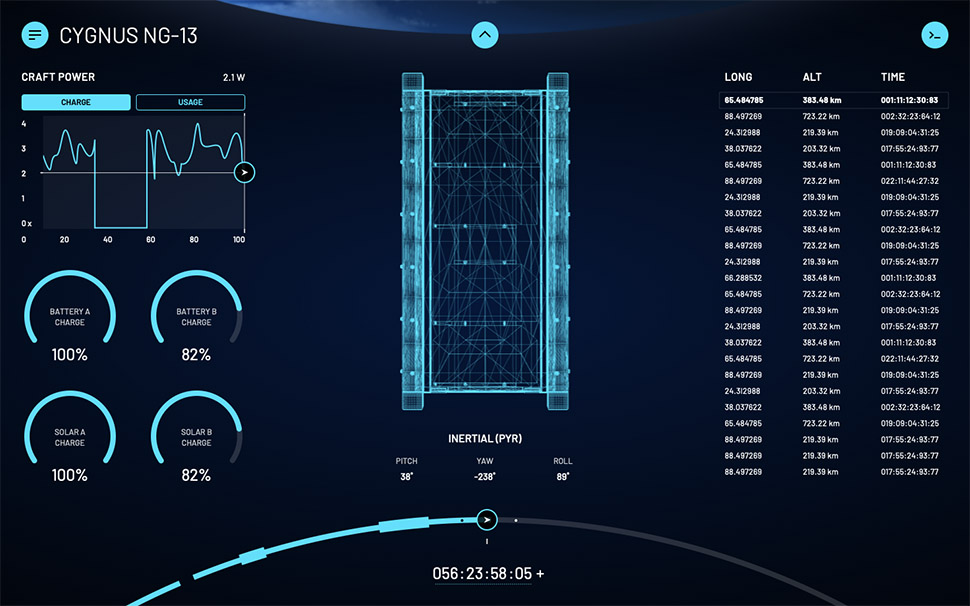 Hypergiant Galactic Systems came out of the gate with customers in defense, government, and academic institutions. Its client list includes heavy hitters in aerospace, including NASA, DARPA, and Northrop Grumman.

Through a user agreement with the Center for the Advancement of Science in Space, Hypergiant Galactic Systems also has an allocation on all ISS visiting vehicles, such as SpaceX Dragon and Northrop Grumman Cygnus.

“Our vision is for Hypergiant to use AI to solve some of humanity’s biggest problems and unlock our greatest opportunities. To accomplish this, gaining access to data is key, and the quality of that data is critical,” Lamm previously told us. “What space affords us is the ability to look back at Earth—an entirely new point of view that holds invaluable insights. We’re creating the entire value chain of space, and from it, creating immeasurable value for our customers in the public and private sectors.”

The expertise shown in H.I.V.E. will be used to operate components of Hypergiant’s payload mission being flown off of the International Space Station. Hypergiant said it’s moving forward with the NG13 mission.