[Illustration by sidmay via iStock]

Now trading under the ticker NUBIU, the SPAC intends to merge with a company in the wireless telecommunications space. However, Nubia says it has not yet selected a specific business to target for the combination.

⟫ Taking its name from a line in the sci-fi novel “Hitchhikers Guide to the Galaxy,” Dallas-based venture capital firm FortyTwo.VC is looking to raise a $50 million fund.

Launched last year, the Dallas Business Journal reports that the firm has raised $9 million from 16 investors so far for its FortyTwo Fund-1 LP. The firm says it focuses on early-stage companies in the global SaaS and enterprise technology space. According to its website, FortyTwo.VC counts 10 startups in its portfolio, including evabot, Phyllo, Kennect, and Vyapar.

FortyTwo.VC is led by co-founders Asutosh Upadhyay and Venu Reddy and has teams in Dallas and Bangalore, India.

According to Crestline, the firm has closed more than 250 transactions with more than $9 billion in commitments to its investment vehicles, managed accounts, and other structures.

“Despite ongoing challenges presented by the pandemic, we’ve continued to bolster our strategic capabilities and add to our growing team of experienced investment professionals, and we look forward to capitalizing on this momentum in the months to come,” said Doug Bratton, founding partner, CEO, and co-CIO at Crestline, in a statement.

⟫ Dallas-based Colossal Biosciences—a startup that aims to “de-extinct” the woolly mammoth—has raised $60 million in new funding to help it achieve goals that co-founder and CEO Ben Lamm says “will change the world.”

“With this most recent financing, Colossal is positioned to realize long-researched breakthroughs that can support the restoration of healthy ecosystems,” said investor Tom Chi of At One Ventures, in a statement. “We’ll soon have the choice of moving from the role of blind destroyer of the world’s species toward being the thoughtful kin of all the life around us.”

⟫ Crow Holdings, a Dallas-based real estate investment and development firm, announced closing on its Crow Holdings Industrial Properties Trust, with more than $600 million in equity commitments that its says will provide more than $1.5 billion of investable capital. The trust is aimed at acquiring a portfolio of industrial properties for “modern logistics users.” Crow said the goal is to provide infrastructure nodes and regional distribution hubs that connect to other areas of logistics activity. The trust has already closed on investments in North Texas, Atlanta, New Jersey, and Southern California.

⟫ Fort Worth’s Jet Health, a provider of home health and hospice services, reported raising $1 million in equity investments and shares of its Series E-1 preferred stock from seven investors. According to past SEC filings, that brings the total Jet Health has raised to at least $33 million since it formed in 2016. The company has recently been active on the M&A front, scooping up Arlington-based Blessings Hospice in January—its fifth hospice related acquisition to-date.

⟫ After forming late last year, Fort Worth-based FYR Medical reported raising nearly $725,000 out of a $3 million offering from eight investors. The medical device company is commercializing tech licensed from Lockheed Martin’s Skunk Works to build what it says is the world’s first light field extended reality eyewear. According to the company’s website, the technology will give medical professionals “augmented imagery and digital information blended with their real-world vision.” It sees the devices being used in surgery, training, and telemedicine. FYR Medical and its affiliate company FYR Inc., which is commercializing the tech for more general use, are led by former Allied Minds founder and CEO Chris Silva.

⟫ PumpJack Dataworks, a Fort Worth-based customer data platform aimed at helping sports organizations connect with their consumer base, reported raising more than $390,000 out of a $1.75 million offering from four investors. Launched in 2018, PumpJack, which says it has offices in New York and Madrid, has raised a total of nearly $1.1 million, per previous SEC filings.

⟫ Harvest Returns, a Fort Worth-based crowdfunding agricultural investment platform focused on tech and innovative practices, amended an SEC filing to reflect raising an additional $400,000, bringing it’s total to $805,000 on a $2.5 million offering. In a separate filing, the firm reported raising more than $1.1 million in equity out of a $2.12 million offering for a fund titled Harvest Invest-034 LLC A Series of Harvest Invest LLC. According to Harvest, its pool of more than 8,000 investors have provided more than $17 million in funding to early-stage businesses in the industry since launching in 2016.

⟫ Through a recent investment for an undisclosed amount, the climate investing arm of Fort Worth- and San Francisco-based giant TPG is backing Monarch Bioenergy, a joint venture aimed at capturing methane emissions from farming practices and converting it into renewable natural gas. Other participants in the joint venture include Roeslein Alternative Energy and the renewables-focused subsidiary of Smithfield Foods. 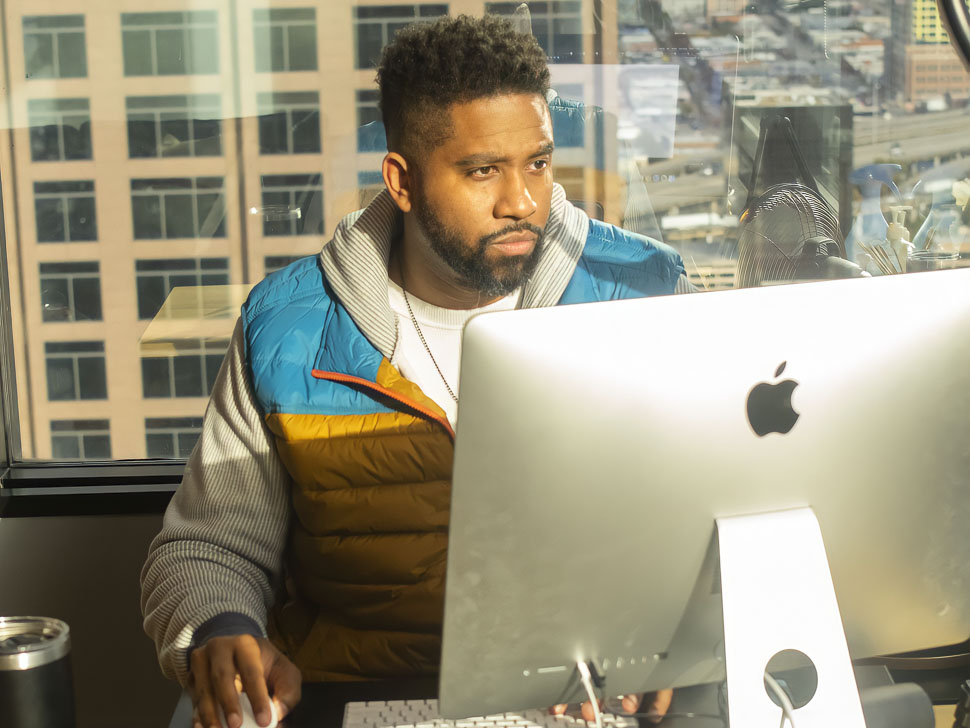 ⟫ Craig Lewis, the founder and CEO of Dallas-based fintech Gig Wage, was one of a handful of investors on a $5.6 million seed investment for Austin student loan payment app Chipper. According to Crunchbase, the company helps borrowers lower payments, qualify for forgiveness, and find ways to repay student loan debt quicker. The funding round was led by Freestyle Capital, Slauson & Co., and Propel Ventures. 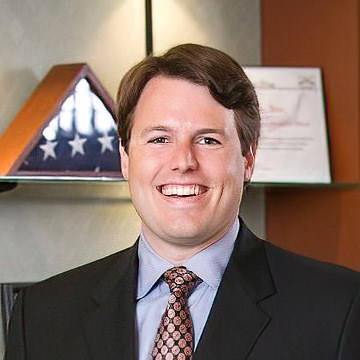 ⟫ After launching its corporate venture arm late last year, First Rate has made its second investment from its $25 million fund. First Rate Ventures, formed by the Arlington-based wealth management solutions-focused fintech firm, announced making its first investment in the regulatory technology space, leading a seed round for New York’s RegAlytics, a regulatory data analytics company. While the terms of the deal were not disclosed, First Rate Ventures has previously said it aims to lead seed-stage rounds with investments ranging between $500,000 and $2.5 million in post-revenue companies that have up to $1 million in annually occurring revenue.

RegAlytics Founder and CEO Mary Kopczynski said the deal comes with a “strategic partnership.” In addition to financial investments, First Rate Ventures helps scale portfolio companies through access to First Rate’s technology assets and network of more than 500 banks and wealth management firms, which it says have more than $2.4 trillion in collective assets. 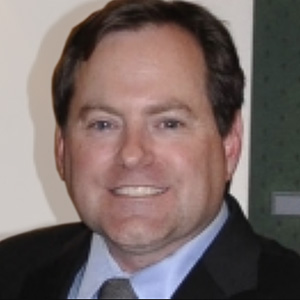 ⟫ After landing a breakthrough device designation from the FDA last year for its technology, Fort Worth-based medical device company Trémedics took home the third place-spot at the annual Stanford Children’s Health Pediatric Innovation Showcase, along with a prize of $25,000. The company has developed a degradable stent focused on congenital heart disease for infants and children up to 14 years old. The company was founded in 2015, based on research founder and CEO Tre Welch conducted at UT Arlington. The company has gone through TechFW’s incubator program, as well as MassChallenge’s accelerator program.

⟫ Von Perry, a Dallas-based startup building 3D-printed concrete homes, has become one of the newest members of Capital Factory’s portfolio. According to Capital Factory’s website, portfolio companies receive help with fundraising and customer growth, while Capital Factory takes a 1% stake in the company, along with rights to invest on a company’s next fundraising round. Von Perry recently landed $15,000 at UT Arlington’s MavPitch Competition and is working on its first project—a 1,700 square-foot, three-bedroom, two-bath home—in southeastern Collin County.

⟫ St. Louis-based real estate tech startup Transactly is looking to grow its recently launched home connections business unit through a Texas acquisition. The company announced scooping up Dallas- and Austin-based connection services firm 360 Home Connect for an undisclosed amount. As part of the deal more than 20 360 Home employees will join Transactly. The company set up its home services business last month through its acquisition of Dallas-based Cake, a home connection services company.

⟫ Velocity Aerospace Group, a Frisco-based manufacturer and provider of aviation maintenance, repair, and overhaul services, has been acquired by Atlanta-based Precision Aviation Group, a provider of products and value-added services to the aerospace and defense industries. Velocity operates three FAA repair stations in spread across California and Florida that employ around 140 people. The company will join the 22 business units that make up Precisions, which has facilities in North America, Australia, Singapore, and Brazil. Terms of the deal were not disclosed.

⟫ Belgium-based distribution firm SMT is entering the U.S. market with its acquisition of Carrollton’s ROMCO Equipment, a construction equipment dealer, and its operations. The subsidiary of ROMCO Inc. operates 12 offices across Texas, including ones in Dallas and Fort Worth, and has nearly 300 employees. According to SMT, ROMCO Equipment is the exclusive Volvo Construction Equipment distributor for the majority of Texas.

David Seeley and Quincy Preston contributed to this report. 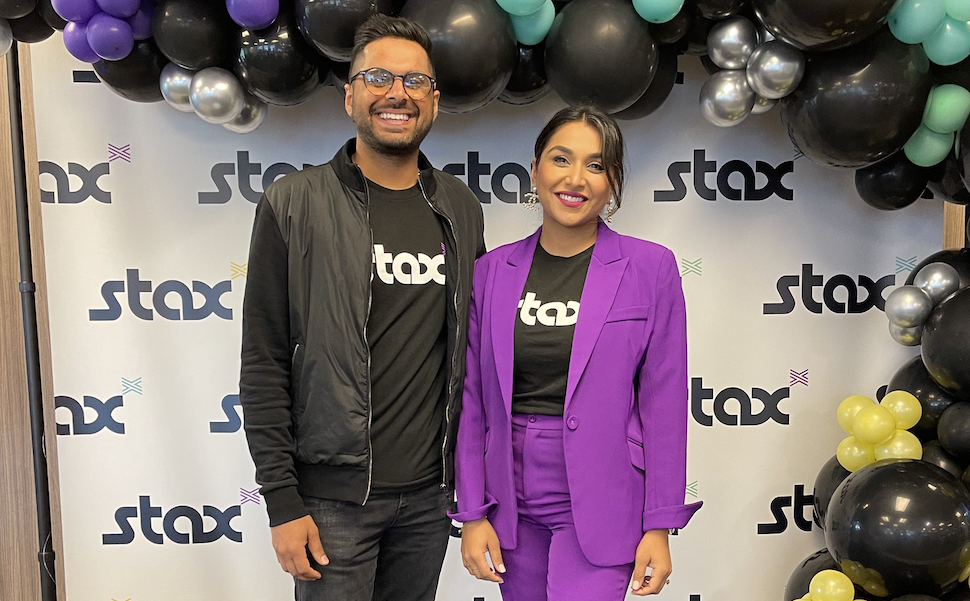