Dallas-based HKS' LINE — short for "Laboratory for INtense Exploration" — is a collection of researchers, designers, and architects who solve design puzzles and test theories that lead to real world solutions. 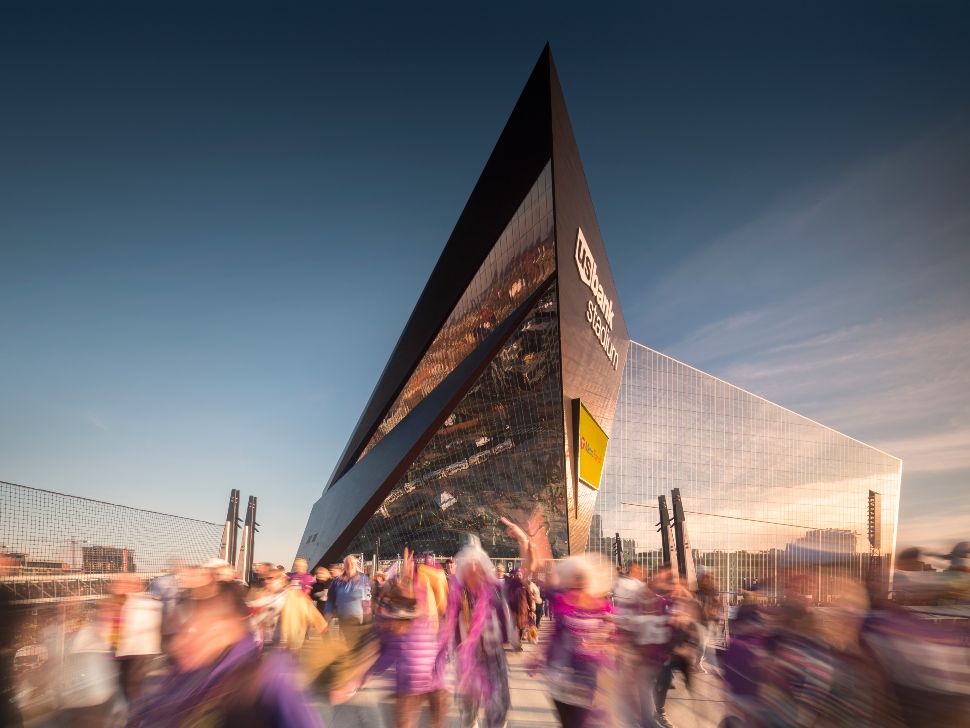 HKS and the LINE team designed the U.S. Bank Stadium in Minneapolis to reflect the culture, climate, and context of its city — drawing inspiration from ice formations on nearby St. Anthony’s Falls and Scandinavian design such as Viking longboats. [Image: HKS] 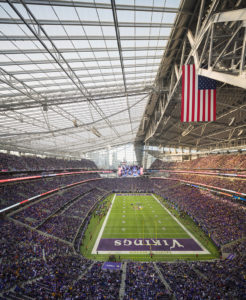 The U.S. Bank Stadium had to be built to withstand the Minneapolis’ climate. [HKS]

How does one fabricate an NFL stadium to resemble colliding ice floes? HKS Architects, the world’s sixth-largest-earning architecture firm, according to Architectural Record, illustrates the answer in U.S. Bank Stadium in Minneapolis.

But that’s just one of many riddles and unconventional solutions that have passed through the minds of the designers and architects on HKS’ LINE team. LINE, short for “Laboratory for INtensive Exploration,” is a collection of thinkers, rather than an office.

Nine HKS employees—most of them designers and researchers—spend about 70 percent of their time on solving design puzzles and breaking new architectural ground for some of the world’s most high-profile projects. 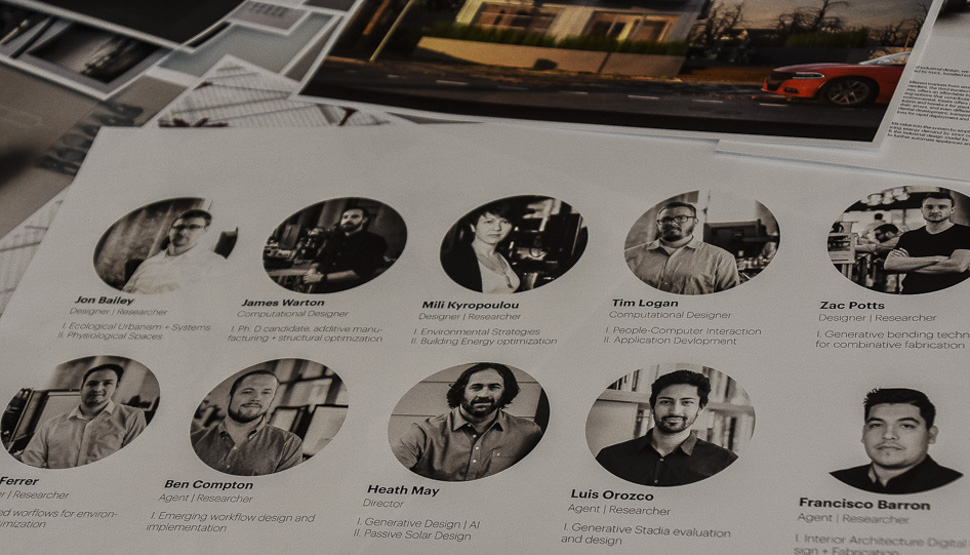 LINE’s physical workspace is simple: Two parallel rows of desktop computers on the first floor of HKS’ relatively new world headquarters on Pacific Avenue in downtown Dallas takes a form for function. Yet the LINE team’s work extends to nearly every space occupied by HKS, which largely divides its practice areas—hospitality, commercial, sports, etc.—by floor. The building itself is connected by a central stairway: At the stairway’s base (likely by no accident) is LINE.

“We’ll be looking at things like 3D-printed metals and what that might mean for architectural systems and engineering systems and how that might impact the construction industry,” says James Warton, who works in computational design and research at HKS LINE. “But we’re also looking at very real problems … like the stadium work we’re doing and implementation of that type of work. It’s project-oriented, on a need basis.” 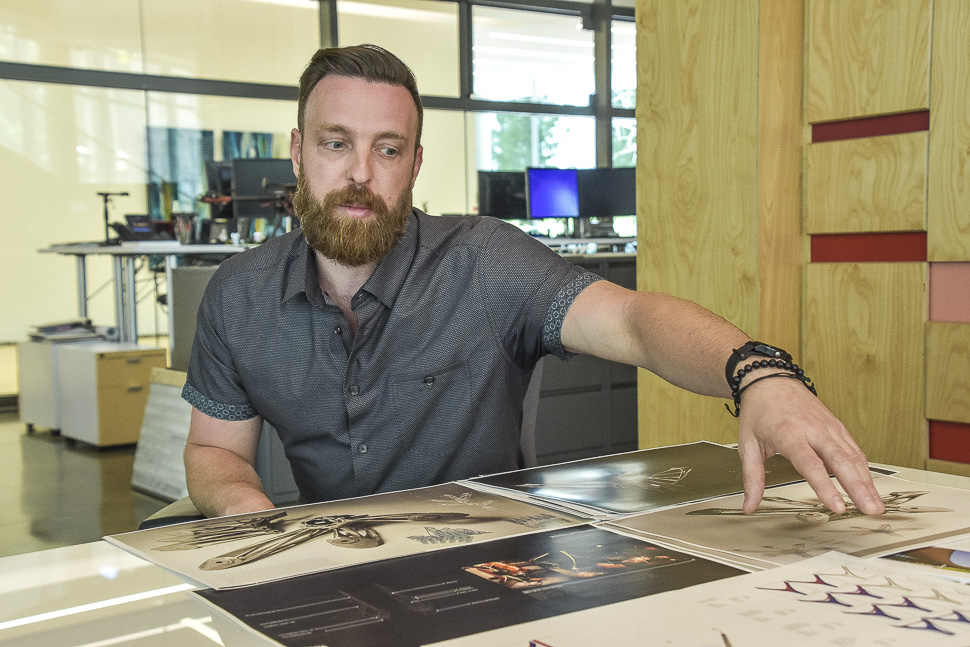 The speculative work sometimes simultaneously brushes upon both the highly abstract and the very real: Why not incorporate subterranean living and office space into the National Mall, which is one of the largest open spaces remaining within otherwise fully-developed Washington, D.C.? (HKS LINE’s solution is called Fed_Scraper.)

“The work that I was doing—within a pure research context—was the 3D printing of metals,” Warton says, using the analogy of a photocopier.

Except, in this case, instead of producing identical pieces of paper, fabrication equipment would produce custom-fabricated/stamped pieces of metal skin based on a digital representation of the stadium.

Warton’s ponderings on the properties of metal turned out to be a solution to one of HKS’ bigger problems: how to seamlessly reproduce an architect’s vision of a stadium in real life. Considering the scope and size of that particular project (which is undisclosed), the main challenge was to create the geometry from the architect’s vision, which could have been compromised by standardized parts, Heath May, director/architect of LINE, says.

“The best way to achieve the design was to accept that the system would have to be unique,” May says. And hand-fabricating materials at large scale would be cost prohibitive.

Now, that process will likely find a use at the $15 million Pacific Plaza Park, where it’s slated to be incorporated into a pavilion that will shade park-goers. Plans are to incorporate Morse Code impressions into the pavilion’s roofing, hearkening back to a time when the Texas & Pacific Railroad rumbled through that portion of downtown Dallas en route to and from West Texas.

There’s an interesting story about how that relates to the Pacific Railroad, May says. “The Morse Code that they used to communicate has an interesting binary quality to it,” he says.  We were able to kind of pull them to the digital realm and can represent that visually,” he says.

One thought, May says, is to incorporate the names of stops made along the Texas & Pacific Railroad into Morse Code-style CNC perforations.

Pacific Plaza Park is under construction and is scheduled to be completed near the end of 2019. 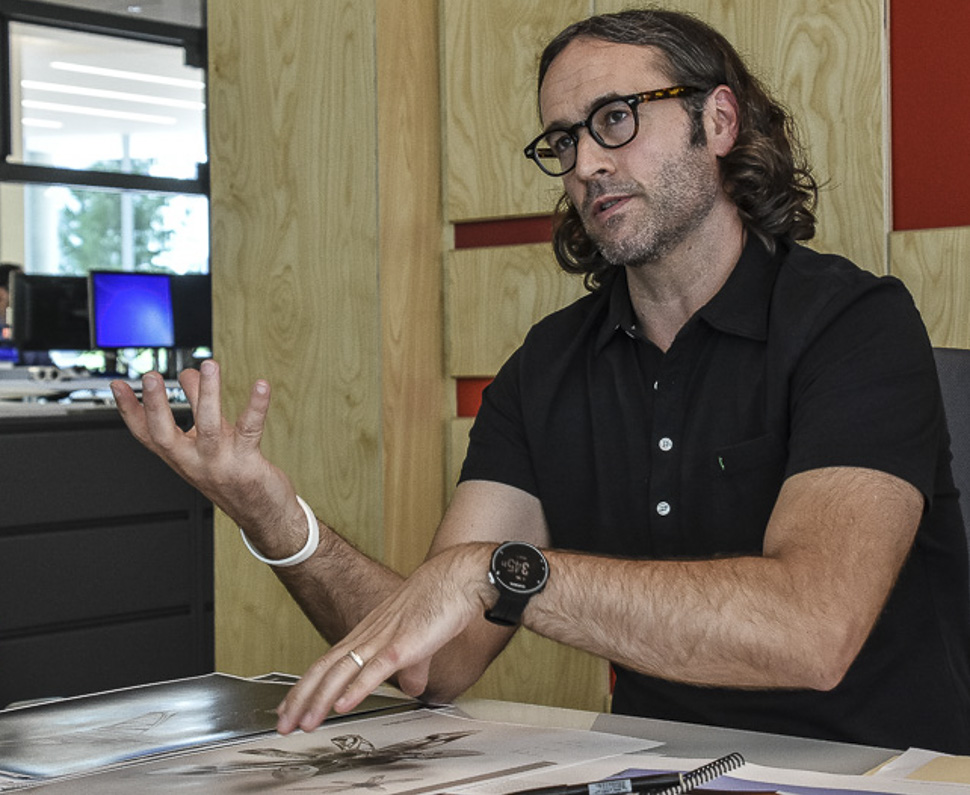 Digital and architectural solutions for disasters and sprawl

Warton’s brainchild also might find itself in LINE-designed micro-housing, which could be rapidly built and transported in the event of a natural disaster, or serve as urban in-fill.

“We’re able to work the details in a way that this can be fabricated quickly — everything from the final look and feel to how to build it,” May says. But there are questions that must be answered, such as how you can get them across country. While shipping containers often serve such purposes now, they have their limitations, he says.

“The reality is, those are heavy,” he continues. “They’re often more difficult to work with, and don’t address [many] problems. HKS micro-housing is imagining that solution with a different take, May says.

Another computer-generated fabrication and process HKS LINE has developed incorporates custom-made building supports into building construction. HKS refers to these hollow-yet-sturdy supports — which weigh substantially less than their generic counterparts — as “alighted structures.”

“The principles are derived from the ossification of bird bones,” says Warton. “Think of how natural systems have evolved. Bird bones, for example, are one of those cases, where the light weight is important, but [there’s] a structural requirement as well. So what happens with the [alighted structures] is a natural sort of reduction —an opening up of the space. It’s a sort of internal lattice that supports everything on the outer thin shell structure. There’s a type of algorithm embedded within the optimization routine that we’re looking at.”

The same computer precision that goes into producing customized, fabricated sheets of steel went into an overhang at a dining area at a research campus in Fort Worth. 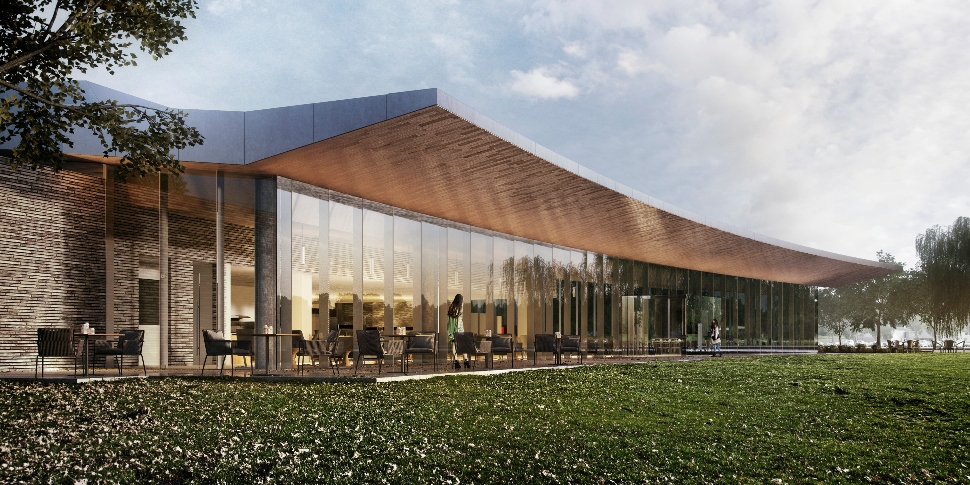 An overhang designed by HKS LINE shades an outdoor dining area in Fort Worth. [Image: HKS]

May says HKS LINE used an algorithm to determine the least amount material necessary to shade the facade while the dining area was in use, adding that excessive material would require more supportive structures.

“As the client walked the site when it was under construction, he said, ‘This really works,’ ” May says. “It works because of computational design and doing the simulation early. You see the results.”

HKS wrote an iPad app that allowed developers to shadow nurses, map their walking paths, and reconfigure the floor plan to save healthcare providers’ steps.

“It allowed us to cut almost three miles off a five-mile walking distance, during a shift,” he says. “The impact of that … is, the more time a care provider has at a bedside, it correlates to improved health. If a nurse isn’t walking in a corridor, but is at a bedside—that’s an outcome.”

Some brains overload under such duress, resulting in sensory processing disorder, a condition in which sensory information that enters the brain yields inappropriate responses such as aggression, impulsivity and poor impulse control. Roughly one in six children show symptoms of the disorder.

HKS Research and HKS LINE teamed up with Herman Miller — using a grant from the American Society of Interior Designers — to seek out correlations between an interior design and human neurophysiological response.

In Dallas, HKS LINE developed a relatively lightweight system of framing walls, along with 3D-printed hardware and custom environmental sensors, and used the system at the Innovation, Design and Entrepreneurship Academy (IDEA).

The result of their work was a “lab in a bag” prototype, used in the continued evolution of Dallas classrooms.

“The study was part of work that was already going on at Dallas ISD,” Angie E. Gaylord, deputy chief at the district’s Office of Transformation and Innovation. “A number of schools, including IDEA, were being renovated. The study reinforced the notion … of the renovations we’ve been involved in.” 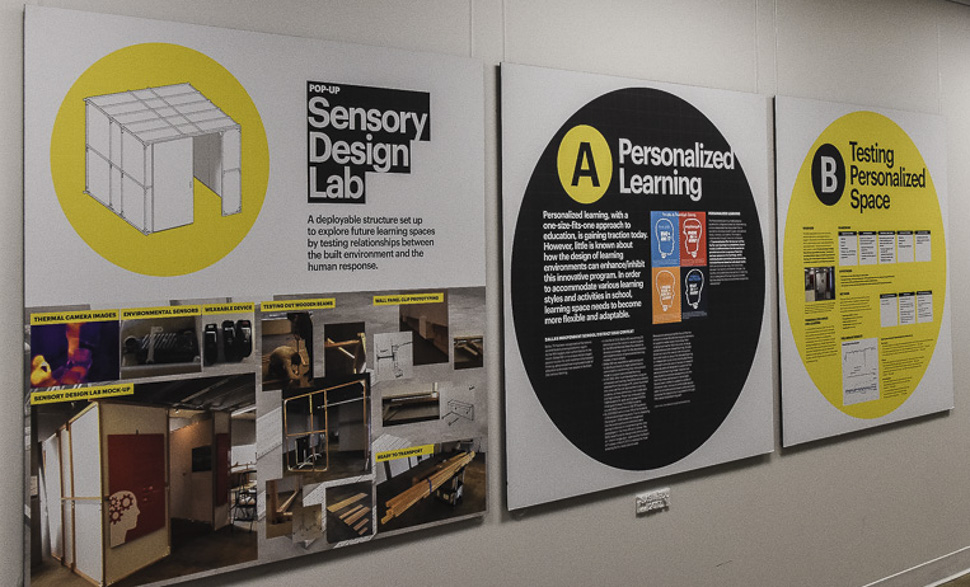 Gaylord says that the district found that not only did classroom design affect student behavior, but also that students learned better if they could control their learning space.

“I’m a fan of personalizing pathways for kids,” she says. “They’re going to be successful in the world. In a situation like this, they’d have higher academic goals and more engagement, because the classroom’s built for them. They have more ownership and feel more connected to the learning.”

Will the LINE end?

“It’s permanent, in the sense that we want to be able to incubate ideas and protect them long enough to come to fruition,” May says. “So, the idea is that there’s some permanence there, so people will feel comfortable exploring and conducting research. But nothing is really permanent.”