Three Dallas-based organizations are behind the campaign: the Island Resilience Partnership, March for Science, and EarthX.

The SC1.5NCE Not SILENCE campaign mobilizes world leaders and national governments to support the ​IPCC 1.5C Special Report, a study that looks at the impacts of global warming. That report has been blocked at the last two annual United Nations climate change conferences, says March For Science President Matt Tranchin.

Dallas is a hot place when it comes to climate. Now that’s true in more ways than one, thanks to some Dallas changemakers who are actually doing something about it.

A special report from the Intergovernmental Panel on Climate Change to inform international climate change negotiations on the impacts of global warming has been blocked at the last two annual UN Climate Change Conferences, COP24 and COP25, says Matt Tranchin, who helms Dallas-based March For Science and the Island Resilience Partnership.

The IPPC 1.5C Special Report focuses on the impacts of 1.5C of global warming.

Momentum for a global movement

Tranchin sees momentum for a global movement that supports the report: The SC1.5NCE NOT SILENCE campaign.

Tranchin and his Dallas-based organizations launched the SC1.5NCE Not SILENCE campaign at the 2019 United Nations Climate Change Conference in Madrid (COP25), along with the Independent State of Samoa.

Supporters aren’t backing down, he says.

The forum gathered world leaders from countries who had formally joined the SC1.5NCE NOT SILENCE campaign, along with young advocates who are calling on global governments to join the movement.

Now the organizers are putting out a call-to-action for the IPCC 1.5C Special Report to be formally welcomed at COP26 in Glasgow via the SC1.5NCE Not SILENCE Forum. They have a growing coalition of countries uniting behind them—and the science, says Tranchin.

That three local organizations are involved is notable, says Tranchin, who works closely with EarthX founder Trammell S. Crow. The duo aims to make Dallas a center for climate changemaking.

Now Crow has formally joined forces with March For Science as a co-organizer, the nonprofit organization told Dallas Innovates.

“We must redefine success for the climate movement that limits global warming below the 1.5C goal,” EarthX Founder Crow said. “Governments must embrace science and utilize it to not only achieve their climate goals, but effectively elevate their climate ambition to avert the worst effects of the climate crisis. That’s why the SC1.5NCE NOT SILENCE campaign is critical to ensure the planet’s ability to sustain human life and resources for future generations.”

Tranchin, who helped start the Island Resilience Partnership, says, it’s all about keeping the world above water, one island nation at a time.

And while some might not expect to find an organization aimed at island resilience in this part of land-locked Texas, Tranchin simply explains: “Their future is our future.”

The Island Resilience Forum just announced its partnership with Sint Maarten. It’s the fourth partnership with an island nation, “successfully replicating” our proven partnerships in the Pacific and the Caribbean, Tranchin says.

IRP’s other partnerships include the Republic of Palau in 2017, the Independent State of Samoa in 2019, and the Kingdom of Tonga the same year.

“What began as one island nation refusing to accept the silencing of science during international climate change negotiations has now evolved into a global movement that gives meaning to the phrase ‘unite behind the science,’” Matt Tranchin, president of March For Science, said in a statement. “In order for humanity to adequately address the climate crisis, we need world leaders to champion the IPCC 1.5C Special Report and revise their climate goals accordingly.”

With the next event, organizers hope to get another dozen governments involved. This time around, they have high-level support, like the incoming president of the General Assembly—a powerful UN position elected every year from a different country.

They see that as putting support behind the science not silence campaign, Tranchin said.

Dallas-based March For Science is the world’s largest grassroots community of science advocates and the Alliance of Small Island States (AOSIS) is a coalition of 44 small island and low-lying coastal developing states that’s known as a ‘voice for the vulnerable.’ EarthX is known in Dallas and beyond as the world’s largest environmental gathering that coincides each year with Earth Day. Last year, the organization accelerated its evolution and global reach with the development of year-round environmental programming and the growth of EarthxTV.

The SC1.5NCE NOT SILENCE Forum was held on July 16 on the final day of the United Nations’ High-Level Political Forum.

The virtual event was designed to build support for the SC1.5NCE Not SILENCE campaign, mobilizing world leaders and national governments that can publicly champion the ​IPCC 1.5C Special Report and its climate goals. It was co-moderated by the Global Focal Points for YOUNGO.

One of the first countries to respond to the forum and join the SC1.5NCE NOT SILENCE campaign was the Maldives, which has a foreign minister that was recently elected to become the president of the 76th United Nations General Assembly.

“It is imperative that we follow the science and take urgent steps to limit warming to well below 1.5C,” said Ambassador Thilmeeza Hussain, Permanent Representative of the Maldives to the UN and Special Envoy of the President of the UN General Assembly. “I’m proud that the Maldives has formally joined the SC1.5NCE NOT SILENCE Pledge. And I’m proud at the pace at which this effort has gained momentum.”

Another country joining the pledge, Malta, hopes to “spearhead an international call for increased climate ambition by reinforcing the importance of the IPCC 1.5C Special Report.”

Ambassador Vanessa Frazier, Permanent Representative of Malta to the UN, said “We call on others to join this pledge so we can unite behind the science and ensure that the IPCC 1.5C Special Report is formally welcomed at COP26. Let us act now. It is only by raising our climate ambition and goals that we can safeguard a better world for us and future generations to come.”

Several countries have followed suit, pledging their support to formally welcome the IPCC 1.5C Special Report at COP26. By the end of the forum, Mozambique, Israel, and the Dominican Republic had joined the SC1.5NCE NOT SILENCE campaign, which is what brought the total number of supportive countries to twenty.

Diplomats, elected officials, environmental philanthropists, and civil society leaders have joined in as well. Now, they’re urging other governments to do the same.

“No one is safe from the effects of climate change,” Ambassador Walter Webson, chair of AOSIS and the Permanent Representative of Antigua and Barbuda to the UN, said during the SC1.5NCE NOT SILENCE Forum. “AOSIS governments are committed to the 1.5C report, but we are only a small portion of the world’s population. We can’t do it alone. We implore all of you—leaders of other countries and major emitters to join us. Will you stand with us in safeguarding the future of our young people? We need all that can hear me to join us.”

Small island nations rely heavily on the world to achieve the 1.5C goal in the Paris Agreement, as they are disproportionately impacted by the effects of climate change, organizers say.

The IPCC 1.5C Report is currently being blocked from UN climate negotiations by various oil and gas producing nations that discredit science and its warnings, according to organizers.

To the climate change leaders, this is unacceptable, Tranchin says.

According to organizers, an internationally coordinated campaign that undermines climate science is what’s causing the roadblocks for the IPCC 1.5C Special Report. But, heading into the 2021 United Nations Climate Change Conference, which is in Glasgow this November, the SC1.5NCE Not SILENCE movement has started gaining the tangible support and traction necessary to implement real change.

The SC1.5NCE NOT SILENCE campaign will continue hosting events ahead of COP26. Interested parties can go here to support or join the campaign.

Quincy Preston contributed to this report. The story was updated on July 23, 2021 with additional information from the Dallas-based organizations. 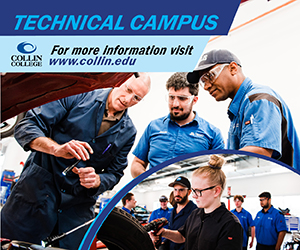 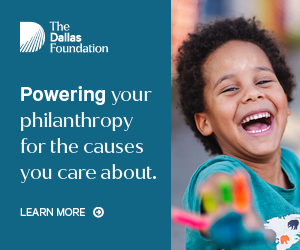