North Texas is already abuzz with drones, robots, 3D printing, and autonomous trucks disrupting the supply chain in ways we could have only dreamed of a few years ago.

Robots at Amazon fulfillment centers in Dallas-Fort Worth are on their way to putting orders on our doorsteps. Fort Worth-based Bell, Irving-based 7-Eleven, Amazon, and others are developing delivery drones. 3D printing is reshaping retail. And, autonomous trucks are already cruising North Texas highways in a pilot program.

According to a new report from Cushman & Wakefield titled “Tech Disruptors and the Supply Chain,” these new technologies are having immediate and long-term impacts on real estate in the supply chain sector—from trucking, to warehousing, to last-mile deliveries here and across the nation.

The report, which is the fourth and final installment in Cushman & Wakefield’s Tech Disruptor Series, predicts that the impact of these tech disruptors will double in the next five years.

“Industrial real estate in particular—including the current last-mile delivery model—will be affected, as will retail space. Real estate development as a whole will also be impacted by 3D printing,” the report said.

“We’re fast approaching a critical point at the intersection of  technology and demand for the consumer experience,” Eseke told Dallas Innovates. “That, in and of itself, is resulting in a lot of R&D, a lot of study, and a lot of new developments.”

In real estate, Eseke thinks drone technology has had the most-immediate impact.

“There’s so many different applications for the drones,” he said. “I’ve seen a group that, actually, they’ve got infrared sensors on the drones, and they can see the different heat maps that can find a hot spot on a roof—determine if there’s deficiencies in a roof that are invisible to the human eye.”

New technologies are changing the way we shop, how we travel, and how things are delivered to consumers, according to Eseke.

“[In the past] you never could get free shipping—seven to 10 business days was kind of basic whenever you buy something,” he said. “Now, you buy something on your phone sitting in the airport. You have someone bring groceries to Embassy Suites so that you have food when you get in, four or five hours later.”

The emerging technologies of real estate and the supply chain are creating an exciting time for the industry, according to Eseke.

Report: Future of real estate is about people and robots

“That whole shift is, to my mind, what’s most memorable because whether it’s automated trucks, the robotics in the buildings, the drones, every element of that is undergoing some change. And, that’s exciting,” Eseke said.

The report stated that supply chain commercial real estate in the future won’t be built just for people, but also for robots, which can actually affect how a building is designed. But, that doesn’t mean human labor won’t be an important factor for companies locating logistics businesses in Dallas-Fort Worth.

“The biggest concern is labor supply,” Eseke said. “And that’s where you’re getting some of the push for the robotics.” 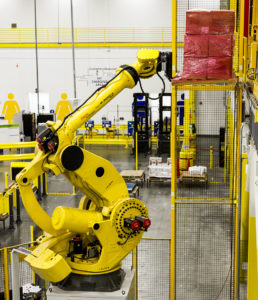 Robots are an important tool to make Amazon more efficient.

Amazon, for example, is heavily into robotics and the company’s move to a $15 an hour minimum wage, makes it essentially a victim of its own success, according to Eseke.

“They’re trying to attract labor, but in that sense, they’re increasing the cost of labor, which makes robotics more attractive,” he said. “[When] labor costs are low, there’s no incentive, motivation, to move towards robotics. So that’s kind of an interesting dilemma, because they’re heavily invested in robotics and heavily invested in labor.”

Eseke believes, at some point, that balance between labor costs and robotics will change.

“You can get the perfect building, but if you can’t get quality, dependable employees, you’re going to struggle, especially with the demands of the consumers, which are, ‘I wanted it today, or I want it tomorrow.’”

He said consumers expect the orders to be fulfilled in a timely fashion.

“I would say labor is by far and away, the biggest concern for these groups,” Eseke said.

Eseke believes the same principle applies to the trucking industry.

“There’s such a demand for truck drivers that it is pushing us towards automated trucking,” Eseke said. “Which is kind of a scary proposition to see—80,000 pounds, moving at 65 miles an hour, no driver behind the wheel is a strange sight.”

Earlier this year, we told you about a California-based startup that chose Texas—Dallas-Fort Worth in particular—as its main base for testing its self-driving long-haul trucking technology.

Kodiak Robotics plans to pilot and grow its freight operations to eventually provide the first commercial application of autonomous driving at scale.

While many variables drove the company’s decision, Kodiak’s co-founders told Dallas Innovates that the ultimate goal is to make Texas the home of self-driving trucks. Kodiak, like many others entering the autonomous vehicle scene, believes long-haul trucking will be the first commercially viable application of driverless technology.

And, North Texas is a prime spot to test it, according to Kodiak.

The Kodiak co-founders think that logically, it makes more sense to test the tech somewhere with good weather, high quality roads, and ideal geographical features. Texas’ freight-rich economy is booming, with 2.2 billion tons of freight moved in 2016, according to Wired.

In a decade, autonomous trucks may be a ‘practical application’

There’s also the surplus of road space—the U.S. Department of Transportation shows that Texas far surpasses all other states when it comes to the total miles of interstate routes.

Eseke said that autonomous trucks will likely become a “practical application within the next 10 years.”

According to Cushman & Wakefield, cost is the No. 1 reason people don’t choose same-day delivery. In the future, however, an Amazon Prime product delivered by drone might cost as little as $1, while a comparable delivery today costs roughly $9.

Along with futuristic forms of delivery, Eseke thinks that 3D printing could have a major impact on logistics, fulfillment, and retail in general.

The report noted that in 2018, athletic shoe maker Adidas launched its 3D printed sneakers branded as Futurecraft 4D in a small number of stores in New York City. 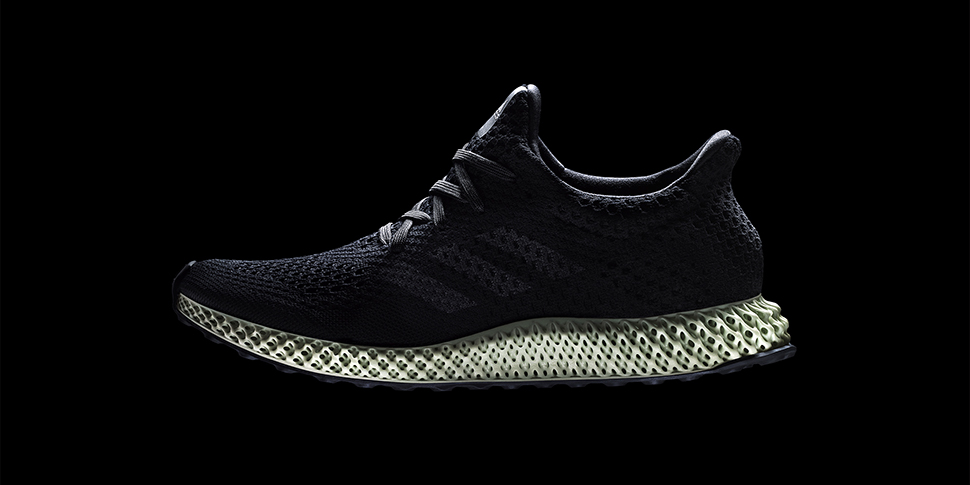 Even at a cost of $300, the sneakers sold out and Adidas planned to expand its offerings of 3D printed sneakers.

The report noted that an increase of foot traffic to Adidas stores would occur if it also provided in-store measurements that would evaluate a customer’s gait to produce customized sneakers. And, even though the company actually makes most of its shoes in Asia, a move to 3D printing could leverage an increase in manufacturing in the United States.

“It’s entirely custom, you pick the colors,” Eseke said. “You can imagine how appealing that would be to a consumer to have a really custom fitted, personalized shoe.”

While many people fear that automation will eliminate jobs for humans, the report said that any job losses will be offset by workers being retrained for the right skills and new jobs will be created in which people and robots collaborate as so-called “cobots.”

“I can see that cutting down on the need for stores—where they stock images of inventory on TV,” he said. “You don’t need inventory if you’re going to have it shipped from a production center. Then, even the distribution centers probably need less space.”

New jobs will emerge as the supply chain becomes even more automated, according to Cushman & Wakefield.

The report noted that metropolitan areas with current high rates of automation such as Toledo, Detroit, Grand Rapids, Louisville, and Nashville, have added jobs at a 1.9 percent annualized rate over the past five years.

As one of the largest U.S. metro areas, Dallas-Fort Worth is full steam ahead as a leader in disruptive technologies in supply chain.

For example, Hillwood’s AllianceTexas, the 30-year-old mixed-use development in north Fort Worth has a plan in place to put its 26,000 acres of master-planned space at the forefront in the development of futuristic ground and air transportation technologies.

Dallas-based Hillwood announced earlier this year that it intends to turn the sprawling development into an “AllianceTexas Mobility Innovation Zone” to develop and deploy new transportation technologies, from autonomous cars and trucks to drones. Hillwood intends to leverage the development’s national prominence and name to create a cutting-edge center of innovation and become a global catalyst for the future of mobility.

“With more than 500 corporations in residence at AllianceTexas, including many of the world’s leading transportation and logistics companies, the development continues to be an epicenter of growth and ingenuity that will provide top innovators with everything they need to succeed, from transportation infrastructure to world-class amenities, and access to a highly skilled workforce,” Ross Perot Jr., a chairman for Hillwood, said.

AllianceTexas has more than 160 miles of major roads and federal and state highways, giving plenty of space to test autonomous cars and trucks. Its vast sky will accommodate the latest technology in autonomous aviation, too. The development is an inland port home to Fort Worth Alliance Airport, BNSF Railway’s Alliance Intermodal Facility, FedEx Southwest Regional Sort Hub, Amazon Air’s new regional air hub, and more than 500 global and regional brands.

Even as these tech advancements fall into place, some technological hurdles and regulatory policies will need to be overcome. But, Cushman & Wakefield noted that the supply chain won’t be fully automated for decades. Into the foreseeable future, humans will remain a vital part of the operations.