PGA of America Will Bring Innovations, Economic Impact to Frisco with HQ Move

The PGA of America is the membership organization of professional golfers in the U.S., and the headquarters relocation will bring major tournaments, jobs, innovative facilities, prestige, and new technologies to North Texas.

Frisco is already the home of the Dallas Cowboys’ The Star, the FC Dallas major league soccer team, and the RoughRiders minor league baseball team. Now, it’s going to be home to the PGA of America—a stroke of economic good fortune that will help drive the city as one of the top sports destinations in the country. 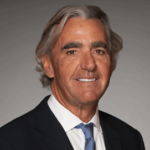 The PGA of America announced Tuesday that it would be moving its headquarters to Frisco from Palm Beach County, Florida, bringing with it jobs, innovative facilities, prestige, and new technologies that will help the game of golf grow.

“Our move to Frisco will be transcendent for the PGA of America,” PGA of America CEO Seth Waugh said in a statement. “Everything great starts with a dream. This is the beginning of a bold, new journey as we bring together world-class partners in a world-class location—to deliver innovative and differentiated experiences for our nearly 29,000 PGA golf professionals, golfers of all abilities, and our staff.”

“Our move to Frisco will be transcendent for the PGA of America.”
Seth Waugh

The headquarters will anchor a 600-acre, mixed-use development with an initial public-private investment worth more than half a billion dollars, and will have technology features that could move the sport forward.

The investment is estimated to total $520 million, according to a release. The PGA of America said it will invest $30 million to construct its 100,000-square-foot global headquarters and education facility.

The upscale development, which will be open to the public as well as golfers, will be at Rockhill Parkway and Legacy Drive, roughly a third of a mile south of U.S. 380. The acreage primarily sits within a 2,500-acre Fields development being master-planned by Hunt Realty Investments.

PGA is teaming with Omni Stillwater Woods (OSW), a joint venture led by Omni Hotels & Resorts with Stillwater Capital and Woods Capital; the city of Frisco and its Economic and Community Development Corporations; and the Frisco Independent School District.

“Today is both historic and transformational for the City of Frisco,” Mayor Jeff Cheney said in a statement. “Not only will this signature development change the future of Frisco’s northern landscape, it will transform the sport, growing a new generation of pros, fans and golf enthusiasts. As Sports City, USA, we’re thrilled to partner with another world-class brand like the PGA of America.”

“We’re also honored Omni is, once again, committing such a huge investment in our community, recognizing the potential to grow entertainment, tourism and economic development in one of the fastest-growing cities in America,” Mayor Cheney added.

The golf courses, clubhouse, practice areas, and associated public facilities will be owned by the city, and more than 300 Frisco ISD high school golfers will practice at the facility on a weekly basis.

The PGA development could have an estimated $2.5B impact over the next 20 years

Based on figures in a commissioned tourism feasibility study, the agreement is estimated to have an economic impact of more than $2.5 billion over the next 20 years.

The PGA said the study took into account the economics of golf course activities like tournaments, plus the additional impact from a new conference center at the development.

In all, the numbers that will comprise PGA’s new home amounts to: Two championship golf courses, a short course, and practice areas totaling 45 holes; a clubhouse; Class AA office space; a 500-room Omni resort and 127,000-square-foot conference center; a technologically advanced retail village; parks and open space, as well as miles of trails.

The PGA’s Northern Texas Section will also move to Frisco, where state-of-the-art connectivity will provide the organization with opportunities to pilot new growth-of-the-game programming for all 41 sections of the PGA of America.

Golf courses could open in the summer 2022

The PGA said the initial 25-year agreement calls for the land and conference center to be publicly owned by the city of Frisco and operated by OSW, which will pay $100,000 a year in rent to the city. The lease will increase two percent after the fifth year of the development agreement. OSW will be held responsible for all maintenance and capital expenses, while retaining revenues. Omni Hotels & Resorts will own and operate the resort.

The development will host the KitchenAid Senior PGA Championship in 2023.

“As co-developers of Fields, Hunt Realty and Karahan Companies, along with our investors, are committed to creating a world-class, mixed-use planned community with the 2,500-acre Fields development, and we are proud to have facilitated the land sale for the new premier Omni Hotel, PGA of America headquarters and championship golf,” Hunt Realty Investments President Chris Kleiner said.

On Wednesday, the University of North Texas and the PGA of America signed a memorandum of understanding on education, research, and branding initiatives for both organizations.

“By partnering with the PGA of America, UNT hopes to develop unique internship and volunteer opportunities for students, conduct research and collect data on behalf of the PGA and develop educational programs for the PGA’s 29,000 professionals,” UNT President Neal Smatresk said in a release.