The 10 fellows in this year's class are working on programs designed to tackle issues ranging from recidivism to food deserts. 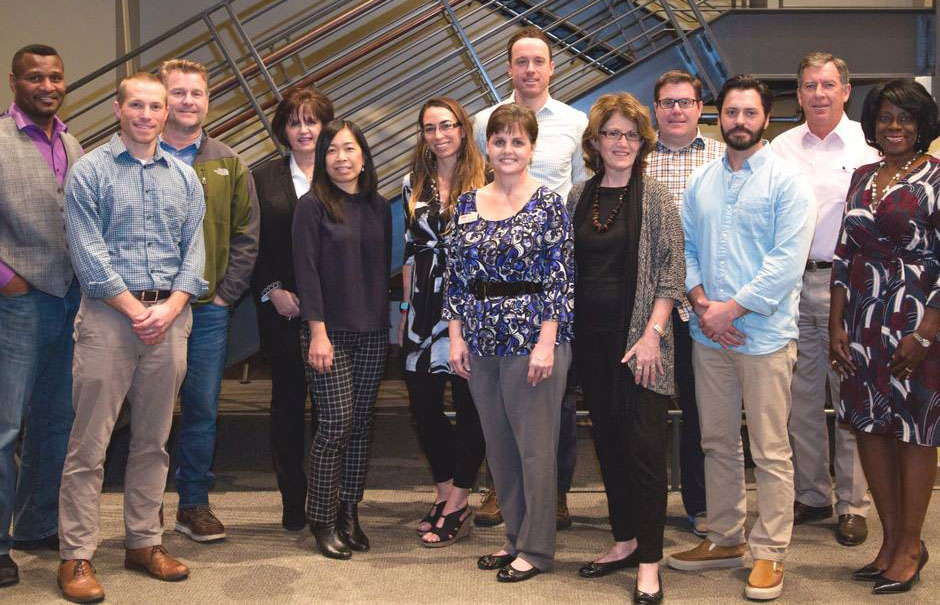 The 2017 class of GroundFloor fellows. [Photo courtesy of United Way of Metropolitan Dallas]

United Way of Metropolitan Dallas has named its new class of GroundFloor fellows — and it’s the biggest one yet.

Through the redesigned five-month program, fellows can earn up to $125,000 in seed funding by reaching certain milestones.

The accelerator program launched in 2013, helps guide early-stage social ventures to success through mentorship and education and networking events. Past participants include Akola and Café Momentum.

Through the redesigned five-month program, fellows can earn up to $125,000 in seed funding by reaching certain milestones.

“This year we are working with more innovators than ever before, but will ultimately make transformative investments in the organizations that are able to prove their ability to impact North Texas,” said Kate Knight, GroundFloor director, in a release.

The 10 fellows in the 2017 class are working on programs designed to tackle issues ranging from recidivism and food deserts to easing the foster care system and expanding educational opportunities for at-risk kids.

They were selected from 16 finalists who presented during the recent Quick Pitch Selection Day.

Here’s a list of the 2017 fellows and an explanation of their programs:

Beacon Hill Preparatory Institute
The tutoring service is looking to create an app using its math and reading curriculum. Beacon Hill believes the new offering will allow it to be more effective and efficient in helping students.

Bonton Farms
The South Dallas urban farm founded to alleviate the area’s food desert is planning to open a neighborhood market in its next phase. The market will give the farm a venue to sell its fresh produce and educate the community on healthy living.

Center for Employment Opportunities
The nonprofit is working to launch its employment services for people with criminal records in the Dallas area. Its model works to reduce recidivism and rebuild families and communities along the way. It says its program saves taxpayers up to $3.30 in corrections and public safety costs for every dollar invested.

First3Years
The nonprofit’s Safe Babies program aims to improve outcomes for young children in the child welfare system by making adjustments to foster care processes and protocols for infants. It says the initiative could reunite families sooner and also save the state hundreds of thousands of dollars.

ScholarShot
Scholarshot provides at-risk students support in their journey to complete higher education degrees. Its services include assistance in crafting an academic plan, managing a budget, and meeting deadlines. Each student is also paired with an academic manager to monitor their progress. Since its founding in 2009, more than 85 percent of Scholarshot participants have earned degrees, according to its website.

Skratch Solutions
Whether it’s walking dogs, babysitting, or tutoring, the Skratch mobile app gives teens a safe and easier way to find jobs in their neighborhoods. The app launched last September and is planning to expand its services to help teenagers living in low-to-mid socioeconomic areas find work.

Youth With Faces
Youth with Faces offers enrichment and career exploration programs for young men and women in the juvenile justice system in order to break the cycle of incarceration. The nonprofit helped incubate the social enterprise, Café Momentum, and is embarking on a new culinary project focused on box lunches that will offer employment opportunities for its youth participants.

United Way of Metropolitan Dallas's GroundFloor program is committed to solving our community education, income and health problems in innovative ways.Chief Strategy, Impact and Operations Officer Susan Hoff talks with Dallas Innovates' Courtney Garza about the new crop of GroundFloor Fellows and their plans to change lives in North Texas.(NOTE: We had some technical issues with the live stream. Video pops up about two minutes into the stream.)

Posted by United Way of Metropolitan Dallas on Monday, February 6, 2017