In addition to adding 1.5 acres of green space, the expansion will include a three-story, enclosed special events pavilion. 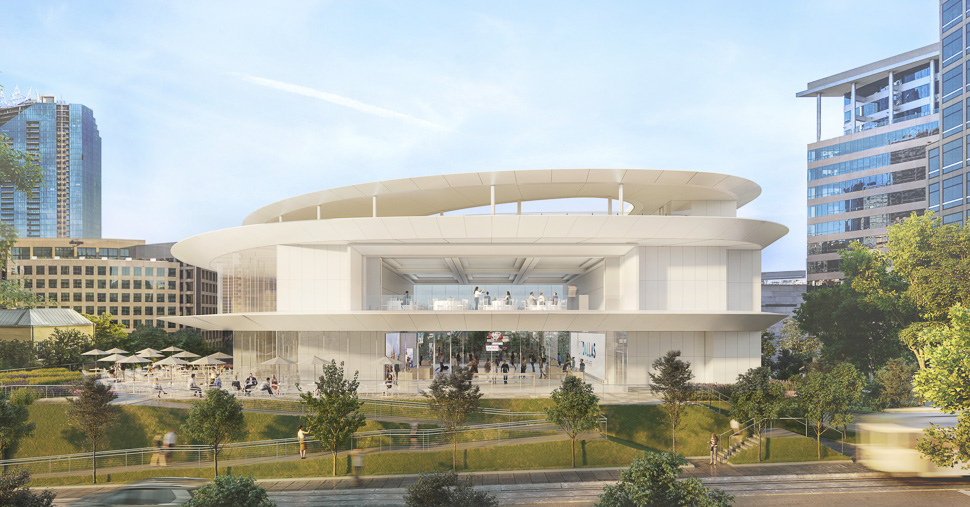 Klyde Warren Park has released renderings of its planned westward expansion over the Woodall Rodgers Freeway toward Field Street.

The project will expand the downtown green space 1.5 acres, with construction scheduled to begin in winter 2021 and be completed in mid-2024, according to a statement.

“This much-needed expansion will create more space in the heart of the city,” Jody Grant, chairman of the board of the Woodall Rodgers Park Foundation, said in a statement. “It will also secure the financial future of the Park by creating multi-purpose space. The project will further enhance the land value around the Park and those taxes ultimately benefit the City and institutions such as our schools and hospitals.”

Officials also announced financial gifts to support the undertaking as well as enhancements to the current park.

Included in the expansion project is a three-story, enclosed special events pavilion, which is expected to serve as an on-going revenue source to help support the privately-funded and operated park, according to a statement.

Revenue from the rental use of this space is planned to help underwrite Klyde Warren Park upkeep and ensure the more than 1,300 programs and events offered annually at the park continue to be free to the public.

HKS, Gensler, Jacobs, and OJB Landscape Architecture are collaborating on the design. The as-yet unnamed special events pavilion was designed by Gensler.

Later this year, Klyde Warren Park expects to welcome its 10 millionth visitor since opening in 2012, making it one of the most visited destinations in Dallas.

Klyde Warren Park has had an estimated $2.5 billion economic impact on the city, according to a statement.

Klyde Warren Park announced three major gifts. The donations will help pay for the roughly $60 million needed to support costs of the amenities on top of the deck, including the special events pavilion.

The gifts include $20 million from Amy and Kelcy Warren, $1 million from Oncor, and a donation from Miyama USA Texas. These are the lead gifts in a private sector capital campaign, according to a statement.

“The generosity of the Warren family is what has made Klyde Warren Park what it is today,” Grant said in a statement. “Their commitment to the expansion, alongside the generosity of Oncor and Miyama USA Texas, is an amazing way to kick-off our fundraising. We are incredibly grateful that our expansion plans have been received so positively.”

Construction of the deck the expanded park will rest on will be funded using the same public-private partnership used to build the existing Klyde Warren Park.

The public sector has committed $40 million, including funds from the North Central Texas Council of Governments Regional Transportation Council and the City of Dallas.

Pavilion will have a ground-floor tenant

Officials said that money will be used solely for construction of the deck and will not be used for any part of the park itself or the planned enhancements.

“Klyde Warren Park is a beautiful place that helps stitch together our city center and serves as a wonderful attraction for Dallas residents and visitors from around the world,” Dallas Mayor Eric Johnson said in a statement. “Additionally, the park has been an incredible catalyst for economic development in our great city. The value of the property around the park has doubled in the past five years, providing significant tax revenue that pays for vital services for our residents.”

The special events pavilion, which is expected to be located between St. Paul and Akard streets, will include space for a single ground-floor tenant.

VisitDallas is planning to occupy that space and intends to create an “Experience Center”—a state-of-the-art gateway into the city. The pavilion also plans to feature a café, a rooftop deck, and a special events ballroom, according to a statement.

Current park will get enhancements

Additionally, the space west of the pavilion along Akard will include 36,000-square-feet of multi-use space for markets, festivals, and recreation.

Announced enhancements to the current park, which opened in 2012, include:

Longtime board members Shelia and Jody Grant will lead the private sector capital campaign, which will raise money for both the expansion and enhancements. 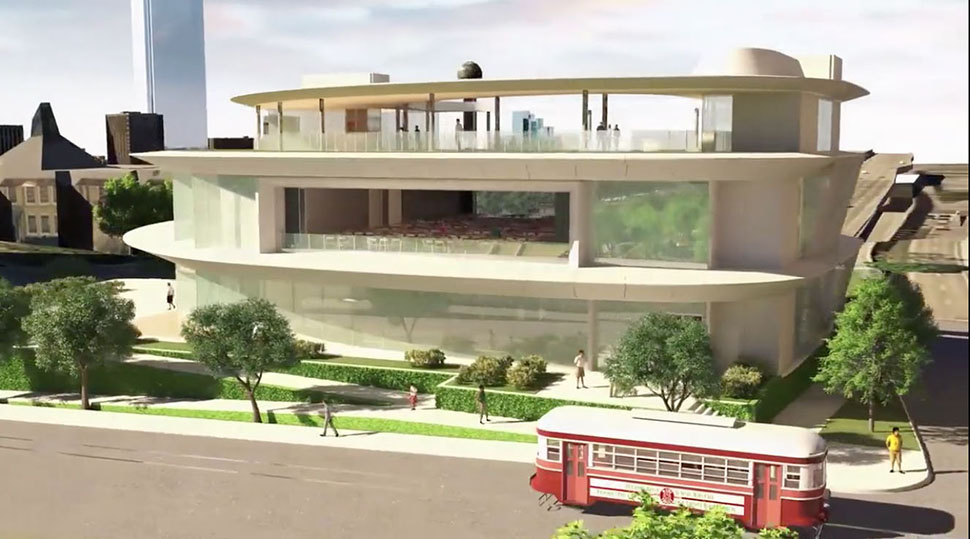 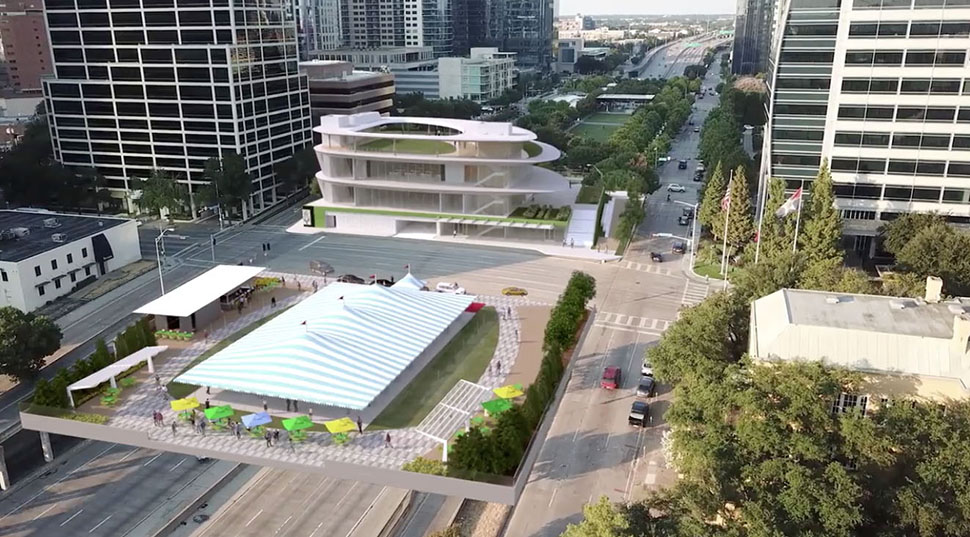 An aerial view of the additions from the west