New hotel projects are cropping up across Dallas-Fort Worth, bringing with them innovative concepts that will keep the North Texas hospitality sector moving forward. 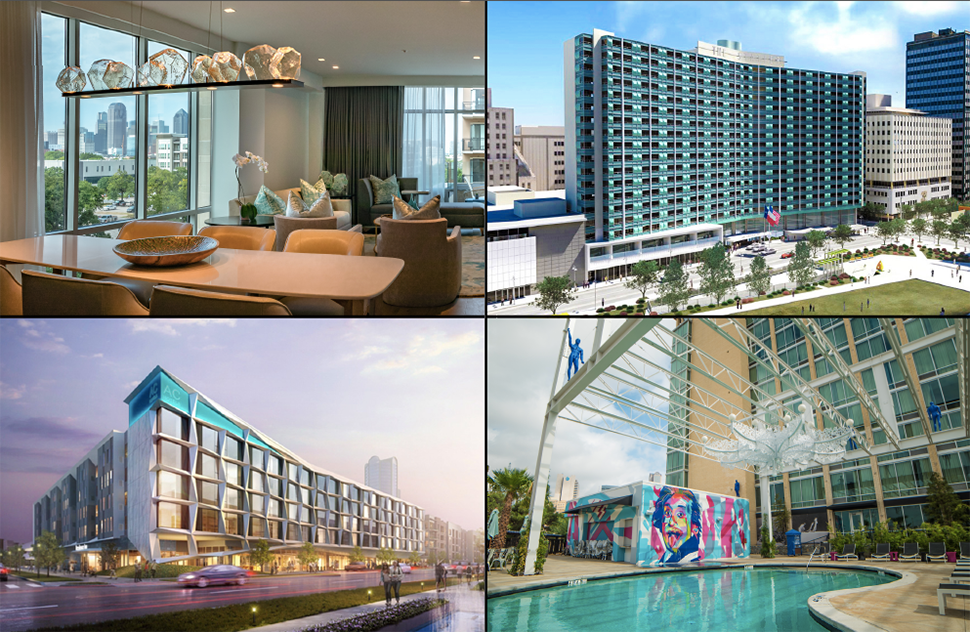 Hotels are booming in North Texas. And Texas is dominating the sector. Dallas, Houston, and Austin all ranked in the top five among U.S. cities with the most hotels projected to open in 2017, according to industry research company STR.

That projection is the best evidence of the strength of the hotel market in North Texas where occupancies are well above the long-term average and demand for hotel rooms is increasing.

“New hotel construction is predicated by strong occupancies and rates. To that extent, it’s the strength of the market causing new hotel developments, which is positive for the market,” says Jeff Binford, director South Central Region and practice leader, CBRE Hotels Advisory and Capital Markets. “Since the hotel markets have shown sustained occupancies over a long cycle, new hotels are being built.”

“The DFW Hospitality sector continues to be one of the national leaders, both in activity and operating performance.”
David Pickus

The increase in Dallas-Fort Worth hotel projects began in earnest in 2016, but became more significant in 2017, and is expected to run through 2019 before new development begins to slow down.

One trade-off is that occupancy rates may go down, but Binford says the demand for new hotels remains strong, and occupancies are expected to settle in the mid-60 percent range, a figure ahead of long-term averages. Binford added average rates are also expected to rise, which would result in positive revenue per available room (RevPAR) increases.

“Overbuilding in the hotel sector is the exception rather than the rule and not expected in North Texas,” Binford says.

It’s all about the economy

He points to strong job creation, as well as elevated consumer and business confidence, as factors in the increase in travel to North Texas. Hotel construction is supply keeping up with the increased demand. Pickus added the recent tax reform passed by Congress, including the 1031 Exchange, mortgage interest deduction, new depreciation rules, and 20 percent pass-through deductions—combined with the North Texas economic climate—makes hotel investment an attractive option.

“North Texas hospitality construction is the result of the tremendous economic climate. Positive corporate activity including office and industrial absorption, the addition of over 120,000 new jobs, and core professional high-wage relocations are all fueling the growth,” Pickus says. “The region’s hospitality sector continues to be one of the national leaders, both in activity and operating performance.”

The millions in tax dollars generated by North Texas hotels translates to tax relief for residents of Dallas and surrounding communities, says Traci Mayer, executive director, Hotel Association of North Texas. Per VisitDallas, hotels generate over $1 billion in room revenue annually along with hundreds of millions in ancillary food and beverage and associated revenue collected.

In the fourth quarter of 2017, the Texas Workforce Commission found 164,827 people—9.7 percent of Dallas County’s workforce—were employed in the tourism and hospitality industry.

“Dallas has seen a significant growth in hotels and tourism over the last three years, and we expect to see that trend continue over the next two to three years with new hotels coming into the market every month,” Mayers says.

That continued increase in supply can help to offset additional tax burden to residents—and generate more direct and indirect job opportunities within the hospitality industry, he notes.  Mayers is bullish on the future of North Texas in terms of the continued growth of the area as a leisure and business destination.

“Connected customers are starting to have even greater expectations in regard to technology during travel.”
Greg Flory

Catering to lifestyles, with larger hotel companies featuring lifestyle brands, is a key hotel trend, says Pickus. He described trends in lifestyle focus for new projects and renovations including: appealing to millennials with easy check-in; personal interactions and gourmet dining; appealing to tech-savvy travelers with mobile check-in and apps; appealing to health- and wellness-conscious guests with yoga, dining choices, exercise and air purification; and offering a seamless technology experience through digital concierge services and door locks.

The lifestyle trend in hotels is closely tied to the idea of creating an experience for guests.

“Travelers are looking for more of an experience than just a place to lay their head. They want to make memories and have ‘Instagrammable’ moments,” says Craig Smith, vice president of brand development, Peabody Hotels & Resorts. The Peabody, known for its famed ‘March of the Ducks’ at its flagship hotel in Memphis, Tennessee, is coming to Texas with a new project in Roanoke.

Binford agrees with both the lifestyle and experience trends, stating that the industry is seeing lifestyle hotel developments with more on the horizon.

“Not to be confused with hotels oriented for just millennials, today’s traveler is not only seeking accommodations, but experiences,” he says. “Coupled with social media and the sharing economies, including Airbnb, developers are seeking to provide experiences for their guests—whether it be through location attributes, unique services, facilities, or amenities.”

The onward march of technology is probably the strongest ongoing trend in hotels. Keyless entry and easy check-out have been industry standards for years. Now, artificial intelligence algorithms are increasingly driving the guest experience from behind the scenes and, for the last few years, major hotel brands have been testing in-room smart speakers like Amazon’s Alexa-powered devices and Google Home.

The Peabody’s Smith says it is “keeping a very close eye on technology trends” to provide guests a more personalized experience. The brand’s main focus is on its networking infrastructure to offer superior internet speeds with the ability to scale, but it’s also looking into tech, ranging from energy management to Bluetooth-enabled door locks to a branded app that will allow guests to bring their own content solution for in-room entertainment.

READ NEXT Innovative Spaces: A Series on Space, Place, and Culture in Business

Technology is being used to enhance the guest experience, says Flory, and while tech’s biggest impact so far has been making booking more accessible and immediate, the trend is toward improving the actual on-property guest experience.

This includes capabilities such as keyless entry via a mobile app and voice control via smart speakers. Flory also sees an increase in using technology to help staff offer a more personal and continuously connected experience for guests through knowing more about guests and their preferences.

“Where brands have a real opportunity to delight guests is in utility and convenience—enabling people to do things more easily or efficiently than traditional methods,” Flory says.  “Can you remove friction from the travel process and make my life easier on the road? How can we remove ambiguity and uncertainty? ‘Is my room ready? Can I stay a little longer? What are my food options when I get in late tonight?’”

Accomplishing this means hotels will have to use technology to surface the right information, at the right point in the journey, and provide travelers with a select range of choices that feels curated and prepared for them personally. That’s how tech can improve the experience regardless of the guest’s expectations, Flory says.

He adds: “I do believe that connected customers are starting to have even greater expectations in regard to technology during travel. Whether or not there is broad receptivity to vocal interfaces like Amazon’s Alexa, it’s safe to assume that mobile and other digital ecosystem connections will be considered table stakes by customers.”

There’s no shortage of projects around North Texas that illustrate exactly how much the hotel sector is booming. The Peabody is bringing its famous marching ducks to Roanoke, Deep Ellum has a new hostel, and new construction repurposing existing buildings and renovations abound across the region.

Some standouts, according to CBRE’s Binford, include the Virgin Hotel, which he describes as a unique concept in an emerging market that could “forever change the Design District,” as well as the Pittman Hotel—slated to open in 2020—as part of a mixed-use development that will similarly forever change Deep Ellum. Other notable projects Binford cited are the reopening of the Statler Hotel, the conversion of the AC Hotels and Residence Inn by Marriott, and the Texican Court Hotel in Irving as a lifestyle concept that “transforms guests to a different time and place.”

“Downtown hotels appear to be performing well, attracting new travelers to downtown. As the buildings and their areas are redeveloped, more residential is enticed to the areas, requiring more residential retail support,” he says.

PWI’s Pickus also mentions AC Hotels’ project and The Statler. He sees The Statler conversion as part of a nationwide trend of bringing back historic hotels.

“The history of the hotel, along with the new design, make it an attractive option for someone coming to Dallas either as a hotel guest or looking for a residential component. People can feel a connection to the grand hotels of the past and still get the contemporary conveniences of today,” Pickus says. “The Statler renovation is similar to those at the Eden Roc and Fountainbleau in Miami Beach, and Stanford Court in San Francisco.”

The sheer number of projects in North Texas is a great economic indicator for the area because, as Binford explains, hotels are developed based on need or demand.

He says major corporate relocations to the West Plano/Frisco market have led to the need for new hotel rooms for business travelers. All of this generates business and office absorption, which translates into occupied room nights for the hotels.

The downtown hotel originally opened in 1956, closed in 2001, and was nearly demolished in 2003. But Centurion American Development bought and renovated the now-reopened hotel as the largest tax credit project in Texas. 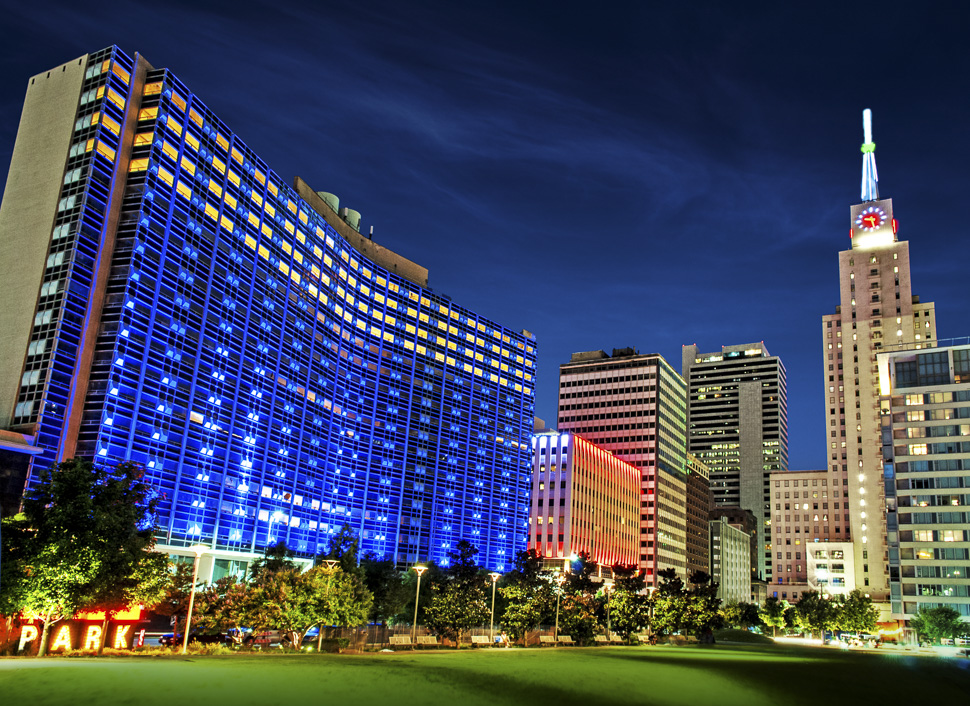 The best way to describe the 237-room Lorenzo Hotel is to say it’s unique. Rising above The Cedars neighborhood near downtown Dallas, the hotel has more than 600 original works of art. 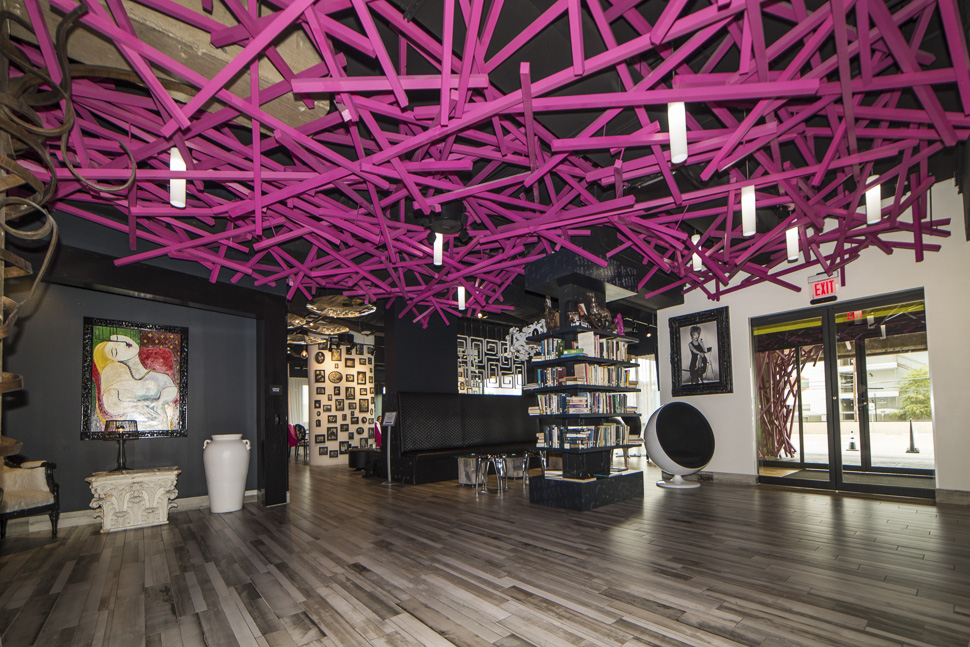 Pittman Hotel at The Epic

The 164-room hotel in Deep Ellum is being built within the existing Union Bankers Building, bringing a historical element to the planned mixed-used development. 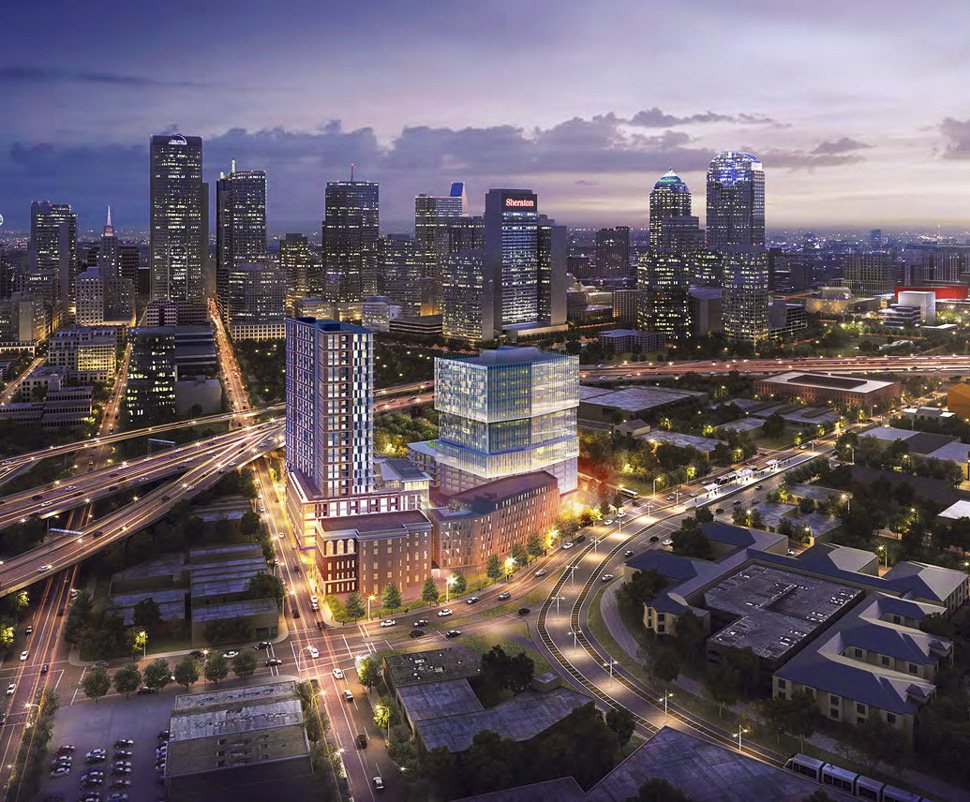 Irving-based energy giant ExxonMobil has awarded a contract for front-end engineering and design as the next step in the development of the world’s largest low-carbon hydrogen production facility.

“This project allows us to offer significant volumes of low-carbon hydrogen and ammonia to third party customers in support of their decarbonization efforts,” Dan Ammann, president of ExxonMobil Low Carbon Solutions, said in a statement....

Irving-based energy giant ExxonMobil has awarded a contract for front-end engineering and design as the next step in the development of the world’s largest low-carbon hydrogen production facility.

“This project allows us to offer significant volumes of low-carbon hydrogen and ammonia to third party customers in support of their decarbonization efforts,” Dan Ammann, president of ExxonMobil Low Carbon Solutions, said in a statement....