A recent transplant to North Texas says it’s close to becoming the area’s newest unicorn—a designation given to startups worth more than $1 billion.

Plano-based InfStones, a company with a goal of bringing the “AWS experience to Web3,” announced landing a $66 million funding round led by SoftBank Vision Fund 2 and GGV Capital.

Joining SoftBank, whose Vision Funds reported losing $27.4 billion last fiscal year, and GGV—a backer of Airbnb, Alibaba, and DraftKings—on InfStones’ most recent fund was INCE Capital, 10T Fund, SNZ Holding, and A&T Capital. It builds upon the $33 million Series B round InfStones unveiled in February, bringing its total funding to $111 million, according to TechCrunch.

With the new funding, InfStones said it plans to grow through new hires, market expansions, and future acquisitions.

⟫ Fort Worth-based Sanara MedTech, a biotech company focused on surgical and wound care products, reported raising nearly $15 million in equity from 46 investors. Earlier this year, Sanara, which trades on the Nasdaq under the ticker STMI, merged with a company called Precision Healing in a $5.1 million deal that it said would help the company “develop evidence-based treatment algorithms to help improve clinical practice guidelines.”

⟫ After going live with its information security technology a year ago, a Plano-based startup is taking on fresh funding.

Tentacle, which focuses on helping organizations assess their security and manage their data, announced closing a new investment by Providence Strategic Growth, a growth equity firm and longtime backer of the company’s founder. The investment comes as Tentacle makes updates to its platform amid growing traction and increased cybersecurity risks for businesses.

Tentacle didn’t announce specifics of the funding round. However, it adds to the $5 million the company launched with that included backing from Providence, as well as from founder and CEO Matthew Combs, per the Dallas Business Journal. The software-focused growth arm of Providence Equity Partners was the majority shareholder of Combs’ most recent venture, YourCause, a charitable-giving SaaS platform that was sold public firm Blackbaud for around $157 million in early 2019.

⟫ Americas Technology Acquisition Corp., a Dallas-based blank check company backed by Fifth Partners, is set to take New York intercity bus company Rally public, giving the combined company a pro forma enterprise value of $208 million, once the SPAC deal is complete. Following the deal’s completion, which is expected in the fourth quarter, the combined entity will be renamed as Rally Mobility Corp. and trade on the New York Stock Exchange under the ticker RLLY. The company will continue to be led by Rally founder and CEO Numaan Akram.

Last March Rally, which operates a ridesharing service focused on shuttling people to events, announced a deal to merge with OurBus, a provider of intercity bus routes. At the time, the companies said they had raised a collective $10 million.

⟫ Dallas-based mineral and energy investment firm Spicewood Mineral Partners announced closing its $250 million oversubscribed initial fund. Originally targeting $200 million for the fund, the firm says it invests in wind, solar, and mineral royalties in Texas and the Appalachia region. In addition to other co-investment vehicles, Spicewood says it has raised around $400 million since the end of 2020 and has deployed about $270 million.

Fort Worth Firm Invests in E-Commerce Marketplace for Vehicle Parts

⟫ California’s FinditParts, an e-commerce marketplace for aftermarket vehicle parts, announced landing a $30 million minority growth equity investment from Fort Worth alternative investment management firm Crestline Investors. After reporting 100% year-over-year revenue growth in Q1, FinditParts said it plans to use the funding to expand its team and digital content, in addition to investing in “parts identification and visual recognition technology.”

⟫ Dallas’ Satori Capital announced a new investment in Austin-based Redbud Brands, a company focused on incubating, commercializing, and scaling consumer packaged goods brands.  In addition to funding, Redbud founder Brian Goldberg said Satori will provide the company with “strategic guidance in business building.” According to its website, Redbud currently has 10 brands in its portfolio, including NAPJITSU, Wellcore, Picadas, and Promised Grounds.

⟫ Summit Peak Investments, a Fort Worth-based early-stage venture capital firm, reported raising nearly $4 million from 119 investors for its third fund, according to an SEC filing. Based on previous filings, the firm raised more than $19.1 million in its first fund and about $9 million for its second fund.

⟫ Dallas’ Steward Health Care System is selling off its Medicare patient business to CareMax, a publicly traded senior care provider based in Miami, in a $135 million cash-and-stock deal. Following the close of the deal, expected in Q4, CareMax will add about 2,000 providers and 200,000 patients across 30 markets to its portfolio. The company expects the deal will add up to $1.7 billion in annual revenue and an adjusted EBITDA of up to $115 million by 2025.

⟫ Irving-based Healthcare Associates of Texas (HCAT) is set to be acquired by Optum, a UnitedHealth Group company, Axios reports. The deal would give HCAT, which is owned by Webster Equity Partners, a $300 million enterprise value. Webster first acquired HCAT in 2016.

⟫ DZS, a Plano-based telecom networking provider, is acquiring “specific core assets” of California’s Adaptive Spectrum and Signal Alignment, a telecom technology provider in a $25 million cash deal. In addition to patents and other assets, DZS said it is also acquiring software engineers, architects and business leaders. DZS, which trades on the Nasdaq under the ticker DZSI, said the move will expand its cloud platform’s recurring SaaS revenue.

⟫ Ahead of an expected surge in summer travel, Southwest Airlines is looking to make its flights more environmentally friendly in the long term.

The Dallas-based carrier is investing in SAFFiRE Renewables to pilot a project to use sustainable aviation fuel, as part of a U.S. Department of Energy-backed effort. SAFFiRE—which stands for Sustainable Aviation Fuel from Renewable Ethanol—was formed this year by North Dakota-based cellulosic ethanol company D3MAX to pilot and commercialize renewable ethanol fuel technology from the DoE’s National Renewable Energy Laboratory.

Southwest has a goal of converting 10% of its fuel consumption to sustainable aviation fuel by 2030. This new investment fits in with Southwest’s other efforts to reduce its carbon emissions per available seat mile by 20% in the same timeframe.

⟫ Plano-based Delivery Solutions, a provider of same-day delivery services, has been acquired by logistics giant UPS for an undisclosed amount. As part of the deal, which UPS said will speed up deliveries for its customers, Delivery Solutions will continue to operate independently under its current leadership and name. 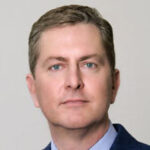 ⟫ With the goal of driving “the next phase of digital transformation in the market,” NTT DATA, an IT and business services provider, announced plans to acquire New York digital consultancy Postlight for an undisclosed amount. With the deal expected to close at the end of the month, NTT said the move will build on previous acquisitions in the space aimed at strengthening its digital app development and modernization abilities. Wayne Busch, group president of consulting and digital transformation at NTT DATA’s Plano-based division said the move is part of a “deliberate plan to build differentiated digital engineering and design capabilities.”

⟫ TOCA Football, a California-based indoor soccer center operator founded by U.S. World Cup player Eddie Lewis, says it’s now the largest operator of indoor centers for the sport, after acquiring Blue Sky Sports, which operates four indoor sporting venues in the region. TOCA added that is sees the North Texas region becoming an important hub for the company, noting current operations it has in Mansfield and plans to bring its TOCA Social entertainment concept (above) to the Dallas Design District next year. The company also said it’s bringing its TOCA Strikers program to the region, with a goal of getting children interested in the sport. The move comes as TOCA plans to add 20 new soccer centers by the end of the year and three TOCA Social locations by the end of next year.

⟫ Houston private equity firm ZT Corporate has acquired McKinney’s Baseball Nation, an organization that hosts training, leagues, and tournaments for the sport, for an undisclosed amount. As part of the deal, the company will operate under the name ZT Baseball Nation and join the firm’s baseball organization, which has operations in Houston and California. In addition, Baseball Nation Owner and President James Belt will transition to the role of chief operating officer.

⟫ BBG, a Dallas-based commercial real estate appraisal firm, is expanding its presence in Texas and Florida with the acquisitions of two fellow appraisal firms, Austin-based David E. Jones & Associates and Orlando-based DeRango, Best & Associates. The deals mark BBG’s third and fourth acquisitions of the year. Both firm’s current leaders and employees will remain in place as BBG employees.

⟫ The Four Seasons Resort Dallas at Las Colinas is set to get a “multi-million-dollar capital improvement,” following the property’s acquisition through a joint venture between Swiss private equity firm Partners Group and funds managed by Trinity Fund Advisors, an affiliate of Dallas’ Trinity Real Estate Investments. Calling the region “an important business hub” and the property a “premier resort destination, the joint venture plans to renovate the property’s guest rooms, villas, and meeting spaces, in addition to “re-concepting” its dining options and upgrading the pool area. In addition to more than 400 rooms, the hotel features 90,000 square feet of meeting and event space, a 6,000 square-foot fitness center, and the TPC Las Colinas golf course.