[Illustration by Solvod via iStock] 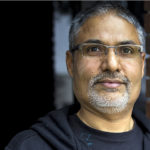 JMA said that PHAZR complements its XRAN all-software radio-access platform, creating the first company in the nation with complete LTE and 5G technologies to address the full range of spectrum, from 600MHz to 47GHz.

“Using a clean-sheet approach and listening to customers is how we got to the product set we have today.”
Farooq Khan

“Using a clean-sheet approach and listening to customers is how we got to the product set we have today,” PHAZR’s CEO Farooq Khan said in the release. “Now with JMA, we have the scale and support to accelerate our development and market deployment efforts. We will continue to adhere to the basis of our success — listen to our customers and help them solve their problems.”

Earlier this year, we told you about PHAZR’s work perfecting miniature antennas that will send tiny beams that have more than 1,000 the capacity of the existing 4G LTE cell network.

“Combining JMA Wireless and PHAZR, the world’s most advanced 4G LTE & 5G RAN technology is now in one U.S. based company, providing mobile network operators a new, flexible option that can be deploy 5G across any part of their footprint including the hard to reach, less accessible areas today – dense strand mount, buildings, and venues included.” JMA Wireless CEO John Mezzalingua said in a release. “Further, we’re doubling down on U.S.-based innovation with all 5G development being driven domestically.”

Spectral MD has raised more than $1 million of a $2.7 million offering, according to a report in the Dallas Business Journal.

The Dallas-based biotech company has created a device, called the DeepView Wound Imaging System, that gives detailed views of a wound, even beneath the skin, without physically touching the patient.

Cien’s $1.8M in funding goes to Center for Excellence for data science in Spain

Cien Inc., which has an office and leadership in Plano, announed that it closed a seed equity round totaling more than $1.8 million from Spain’s Center for the Development of Industrial Technology.

In a release, Cien, said the funding will be used for a Center for Excellence for data science and artificial intelligence in Barcelona, Spain. It said that the center’s purpose is to better understand B2B buyer and seller behavior by analyzing Customer Relationship Management (CRM) data. Cien also has offices in Barcelona and Miami.

Earlier this year, we told you about how Cien won the Innovation Award for CRM Software at MarTech Breakthrough’s first event.

The industrial investment arm of Crow Holdings is raising a “build-to-hold” fund targeting up to $60 million, the Dallas Business Journal reported.

That arm of Crow Holdings invests in warehouses, distribution centers, and manufacturing facilities, the DBJ said.

The firm is expected to complete a logistics center in Dallas in 2019, the website reported.

Latticework Capital, a Dallas-based private equity firm, raised more than $72 million for a fund aimed at health-care companies, according to a filing. The firm is targeting $150 million.

Latticework focuses on niche parts of the health care industry. Its latest deal was for urgent care chain in rural parts of Oklahoma and Kansas.

Plano-based Light LLC has sold $650,000 of a $1.4 million equity financing offering, according to a filing with the U.S. Securities and Exchange Commission.

Founded in 2018, Light is opertaing in stealth mode in the manufacturing sector, according to Crunchbase.

Woodside Capital, a Fort Worth investment firm, raised $128 million for a private equity fund, according to a filing with the Securities and Exchange Commission.

Woodside makes financing deals and acquisitions in the commercial real estate sector, which usually are small-balance projects for as much as $10 million, according to the Dallas Business Journal.

Global pharma giant Merck and Co. has acquired Irving-based Antelliq Group, a maker of digital identification and monitoring products for livestock, pets, and fish and aquaculture, in a deal valued at about $2.37 billion.

Reuters said that Merck’s animal health unit has been a major player in that segment, with sales of $3.88 billion in 2017. For the year ended Sept. 30, Antelliq brought in $406.51 million in sales. Its producets are targeted at veterinarians, farmers, and pet owners.

projekt202, the Dallas-based experience-driven design and development firm, announced its has expanded into the Silicon Valley region with the acquisition of Cibo, a San Francisco-based brand experience design firm.

Cibo’s design and brand strategy capabilities will strengthen projekt202’s ability to help customers with their transformation initiatives, the firm said in a release.

“The ability to understand the delta between a brand’s promise and the day-to-day experience of that brand is the starting point for identifying a series of customer experience enhancements that can profoundly transform business performance,” projekt202 CEO David Lancashire said in a release. “This was the driving force behind adding the talented Cibo team.”

In September, it acquired ORA, an award-winning user experience and digital product studio, that marked projekt202’s expansion into the Chicago area.

projekt202 said that the strategic investment in Cibo and having a presence in the Bay Area market solidifies its position as the global leader in experience-driven transformation. Besides San Francisco, Chicago, and its Dallas headquarters, projekt202 has offices in Austin and Seattle.

The deal will add two enterprise-class data centers in the Midwest to DataBank’s stable of facilities, providing 73,000 gross square feet of colocation space and 9.5 megawatts of installed UPS power.

Lightbound was founded in 1994 and is a market leader in the Indianapolis market, DataBank said in a release.

DataBank is headquartered in downtown Dallas in a building that once serve as the Federal Reserve Bank of Dallas.

National Teachers Associates Life Insurance Co. is a family-owned firm that specializes in supplemental insurance products for teachers. It has roughly 220 agents nationwide and had about $130 million in premiums and $30 million in core earnings in the 12 months ending in September., according to a report by the State-Journal Register in Springfield, Illinois.

“The addition of NTA will accelerate our progress toward becoming the company of choice to provide financial solutions to the education market,” Horace Mann President and CEO Marita Zuraitis said.

The transaction is expected to close in the second quarter of 2019, pending regulatory approvals, the State-Journal Register said.