Founded in 2014, Cresco has raised more than $85 million in two funding rounds along with a series of co-investments, the firm said in a release.

“Surpassing our original goal of raising $50 million for CCP Fund II by almost 20 percent not only represents a significant milestone for Cresco Capital Partners, it serves to validate the leadership role we play in providing growth capital and advisory services to companies within the cannabis industry,” the company said in a statement.

Cresco said that with CCP Fund II’s success, it is preparing to begin marketing a third fund with a target of $200 million. That fund would be aimed at investments with value-add opportunities in the legal cannabis sector, both “plant touching and non-plant touching,” the release stated.

The company said to date it has deployed roughly $22 million from Fund II in 15 companies operating in the cannabis supply chain, from genetics to breeding and from retail branding to distribution.

That firm is a seed-to-sale, regulatory compliance tech provider and developer of the cannabis sector’s first enterprise resource planning platform.

Alkami Technology, a fast-growing Plano-based provider of cloud-based digital banking solutions to U.S. credit unions and banks, announced it closed on a $55 million Series E round.

Led by General Atlantic and MissionOG, other existing investors—S3 Ventures and Argonaut Private Equity—also participated in the round. CEO Mike Hansen said the continued funding support has allowed the company to invest in innovation, people, and best-in-class service.

“Alkami’s latest funding round will allow us to ramp up our bold investments in our cloud solutions for U.S. banks and credit unions,” Hansen told Dallas Innovates via email. “These institutions face intense and growing competition from the Megabanks and MegaFinTechs. They count on us to collaborate together to drive their digital strategy.”

Hansen noted: “Doing so successfully for these institutions requires continuous and concurrent high-speed innovation in capabilities, features, reliability, resiliency, flexibility, extensibility, data, and security. We have demonstrated the ability to meet this challenge. These funds will allow us to invest even more in hiring, development, and retention of the best talent in digital banking to do just that.”

Alkami has raised more than $225 million in capital since its founding, including the just-announced Series E round. About a year ago, the company completed a $70 million Series D funding round that allowed for the expansion of teams, including sales, development, implementation, support, human resources, legal, and finance.

Dallas-based KoiReader Technologies raised $60,000 in seed funding, bringing its total funding to $510,000 over three rounds, according to a report in Crunchbase. The total includes another seed round this year and a pre-seed round in 2015.

KoiReader’s technology provides what it calls the world’s most advanced intelligent document automation system aimed at logistics. The product can scan, process, and analyze a complicated freight invoice via artificial intelligence, according to the website FreightWaves.com.

“This is the biggest leap in document automation processing in a long time,” the company said at the event.

Plano-based cybersecurity company Critical Start announced that it has received a $40 million minority investment from the private equity firm Bregal Sagemount that will hasten its expansion and help build its team. 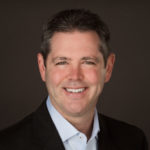 The company was founded in 2012 by CEO Rob Davis, a former RSA Security executive. Its mission is to protect its customers’ brand while reducing their risk.

“I am excited about the $40 million minority investment from Bregal Sagemount that will allow Critical Start to increase the pace of our North American expansion and add to our software development team,” Davis said on LinkedIn. “When you put customers first and recognize people are your most important asset, good things happen.”

The company said that the investment comes on the heels of a period of rapid growth, with its managed detection and response services having grown 300 percent over the past 12 months.

Dallas-based Metropolis Truck Yard Partners LP said in a filing with the U.S. Securities and Exchange Commission that it has raised $1.4 million of a $2.4 million equity offering.

4FRONT, a Dallas-based sports and entertainment marketing company, has received a high-seven figure minority investment from Global Sports Commerce, according to a report by FinSMEs. The exact amount of the investment was not released.

Global Sports is a Singapore-based sports technology and management company.

FinSMEs reported that the investment will enable 4FRONT to increase staffing and further its analytics, digital, and innovative service offerings to teams and leagues in North America and globally. 4FRONT was founded in 2007, and is led by Josh Kritzler and Dan Migala. It has four core competencies—analytics, digital media, innovation, and partnership sales

National media company gets funding for I-30 billboards

A national outdoor media company has received a multimillion dollar credit facility to expand its billboard portfolio in Dallas-Fort Worth.

Boulevard Media Co. received the facility from Arizona-based Metro Phoenix Bank. Boulevard has had a presence in the Arizona and Oklahoma markets since 2011, and according to its website, has two billboards in Arlington.

It wants to use the funding to buy digital billboards along the Interstate 30 corridor between Dallas and Fort Worth. The deal is Metro Phoenix’s first in Texas.

“Benedictine is pleased to partner with MyndVR and bring cutting-edge virtual reality technology to our communities,” said Jerry Carley, Benedictine president and CEO. “By embracing virtual reality, Benedictine can provide staff with innovative training to support compassionate, empathetic interactions with their residents as well as a resource for bringing holistic interventions to residents.”

Last year, we reported on MyndVR’s partnership with a veterans home in New York where it is helping seniors who are living with depression, PTSD, dementia, and other age-related illnesses via VR technology.

Amazingmail will operate as a 100-percent owned subsidiary of Xpressdocs.

Xpressdocs said that the complementary nature of the companies’ offerings creates opportunities for growth in both companies, and an expansion of direct mail API capabilities for Xpressdocs.

Dallas-based global engineering and design company Jacobs announced Wednesday that it has completed its acquisition of intelligence company KeyW in a deal valued at $815 million.

In a release, Jacobs said the acquisition will enhance the company’s position as a leader in high-value government services and advance Jacob’s Aerospace, Technology, and Nuclear (ATN) business.

“This combination unites complementary capabilities, cultures and client relationships, as well as proprietary technology and products, to accelerate Jacobs’ profitable growth strategy,” Jacobs Chair and CEO Steve Demetriou said in a statement. “The addition of KeyW within our ATN business advances our strategy to drive growth in higher value markets, including a multi-billion-dollar space opportunity delivering next generation intelligence and analytics solutions. Together, we bring the industry’s foremost expertise and services, creating value for shareholders and clients as a trusted provider of unique, technical mission-oriented solutions while offering greater opportunities for employees.”

We reported in April that Hanover, Maryland-based KeyW will operate within Jacobs’ ATN business.

Headquartered in Memphis, Tennessee, Southern Towing is an inland barge operator that specialized in transporting anhydrous ammonia and bulk liquid fertilizer throughout the Mississippi River system and the Gulf Intercoastal Waterway.

Trive acquired the company in 2012. Southern Towing was founded in 1958.

Frisco-based Comstock Resources Inc. has entered into an agreement to buy Dallas-based Covey Park Energy in a cash and stock transaction valued at about $2.2 billion.

The company said the acquisition will increase its position in the Haynesville shale and should help Comstock get closer to its goal of sustainable free cash flow generation and reduced leverage. Also, the move will increase efficiencies by having a combined drilling program.

According to a release, ProfitMax offers a fully-automated, single interface, multi-location prescription price management solution for retail pharmacies. Rx-Net manages an annual prescription volume of over $4 billion, with customers in all 50 states.