In this weekly roundup of research and development activity in North Texas, you'll also find out about a major honor given to an electrical engineering professor at the University of Texas at Arlington.

New research by scientists at the University of Texas at Dallas is aimed at finding out why cells called corneal keratocytes sometimes don’t do their job in repairing eye injuries.

According to UTD, corneal keratocytes are innately programmed to come to the rescue when an eye is hurt, but sometimes, that natural healing process fails, leading to scarring and blindness.

UTD bioengineer David Schmidtke has displayed a technique in the lab for fabricating tiny strands of collagen called fibrils to facilitate further research on the eye’s repair process.

David Schmidtke, professor of bioengineering at The University of Texas at Dallas, displays a microfluidic device in his lab at UT Southwestern Medical Center. [Photo: Courtesy UT Dallas]

The team detailed the method in a study published recently in the journal, Biomedical Microdevices. UTD said the study was funded, in part, by a $1.8 million, five-year grant from the National Eye Institute, part of the National Institutes of Health.

UTD said the research could lead to new therapies and treatments for eye injuries.

“How keratocytes repair tissue and why, in some cases, they leave scar tissue, is not well understood,” said Schmidtke, professor of bioengineering in the Erik Jonsson School of Engineering and Computer Science. “We came up with a way to mimic an injury model, so we can look at how the cells respond when there is a wound.”

The research is based on Schmidtke’s expertise in microfluidic devices: palm-sized pieces of transparent plastic that contain small channels about the size of a strand of human hair. Schmidtke is using the devices to fabricate the fibrils. 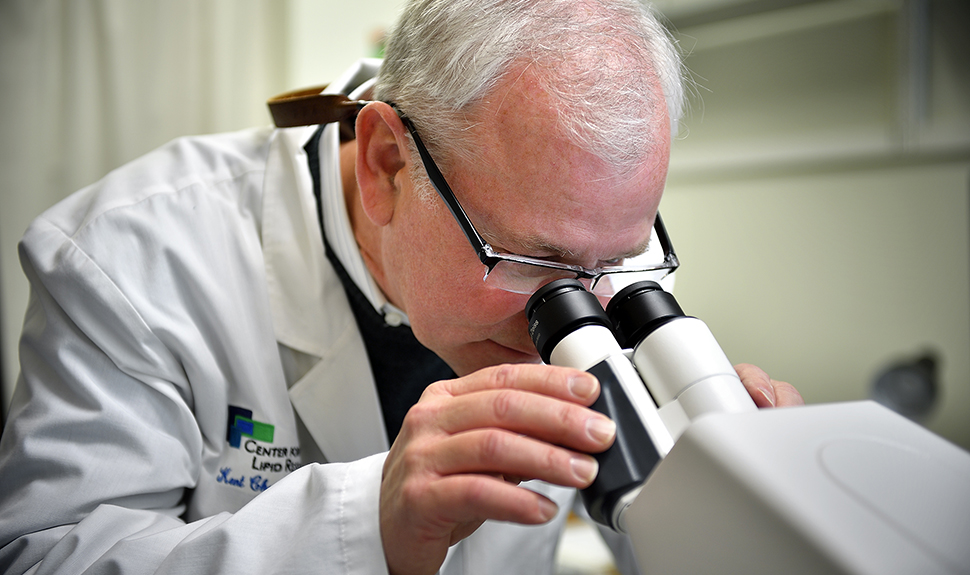 They’re the subject of research by Kent Chapman, a University of North Texas Regents Professor and director of the UNT BioDiscovery Institute. He’s questioning longheld assumptions in plant biochemistry to find better ways of storing and using lipids.

“Biofuels are the future and lipids are the key,” Chapman said in a statement. “The same energy molecules a plant uses to power itself can also be used to power a home or a city. Lipid molecules in plants are actually very similar in structure to molecules in petroleum. But, unlike petroleum molecules, the lipids in plants can be a more efficient, sustainable fuel.”

UNT said that Chapman’s work involves understanding the ways that plants package and store lipids. This allows scientists to manipulate plants to store lipids in any part.

Scientific thought about lipids has evolved over time, Chapman said. Three decades ago, scientists believed plants used a single protein to package and store lipids. But, by going back to the beginning and asking the same questions using today’s knowledge and technology, Chapman and his co-workers found at least eight more proteins that are involved in the process.

Lipids are mostly concentrated in seeds and some fruits—the parts of the plants that humans eat. For example, in soybean plants, the lipids are contained in the beans, and stems and leaves are considered waste products. If lipids could be stored in the leaves and stems as well, farmers would suddenly have one super efficient crop that can be used both as food and fuel.

Michael Vasilyev, a professor of electrical engineering at the University of Texas at Arlington, has been named one of 72 newly elected fellows of the International Society of Optics and Photonics (SPIE). 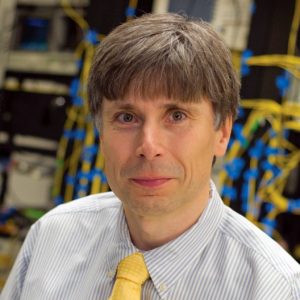 Vasilyev is an expert in classical and quantum communications and was recognized for his “achievements in nonlinear-optical signal processing.” He’s the fourth current College of Engineering professor to be named an SPIE fellow. The others are James Coleman, Robert Magnusson, and Weidong Zhou.

The UTA scientist said the honor recognizes the work of his students and collaborators on all-optical regenerators and phase-sensitive optical parametric amplifiers, which was published in optics and photonics journals such as Nature Communications.

“We have solved the fundamental problem of how to make these devices process more than one data channel at a time, which makes them relevant in practice,” Vasilyev said. “The multi-channel capability can drastically reduce the cost, size and power consumption of data networks or be used for noiseless amplification of faint images.”