In this weekly roundup of leadership and executive moves by companies and organizations in North Texas, you’ll also find news from AspireHR, Rent-A-Center, Jones|Carter, and Kane Russell Coleman Logan. 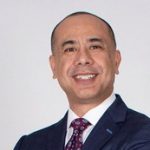 Caesar Nieves has been hired as senior vice president of Dallas-based Jacobs’ cyber business within its Critical Mission Solutions line of business.

In his role at Jacobs, Nieves is expected to provide senior leadership, strategic vision, and focus for Jacobs’ cyber business as the company expands its cyber footprint across the sector.

Nieves comes to Jacobs with more than 20 years of senior-level experience as a business and technical leader directly supporting U.S. Government clients and growing a cyber business, according to a statement. Nieves served in leadership roles at Engility, Unisys, Dell, and Booz Allen Hamilton. 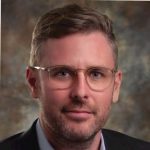 Oberley joined Caris in August as a senior medical director. He has functioned as a leading face for Caris’ clinical and scientific expertise in the marketplace and research community, according to a statement.

In his expanded role, Oberley will oversee the quality and fidelity of Caris’ medical operations facilities to ensure patient safety. And, Oberley will lead Caris’ pathology and genetics teams. 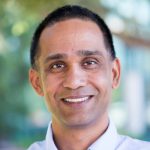 Rohan Chandran has been hired on as chief product officer by Dallas-based Infogroup, a provider of data and data-driven marketing solutions for salespeople, marketers, and professionals.

Chief product officer is a new role designed to lead the company’s transformation initiatives in 2020 and beyond, according to a statement.

Through this new role, Chandran is expected to unify the strategy for Infogroup’s proprietary data with its technology applications. According to a statement, Infogroup makes more than 24 million verification calls each year to ensure data quality, and its cloud-based Data Axle technology enables real-time updates to business and consumer data files. 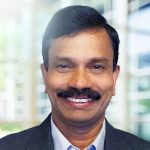 Farmers Branch-based One Network Enterprises, a provider of supply chain network technology, announced that Dr. Reddy Gottipolu has joined its team in the newly-created role of senior vice president of healthcare.

Gottipolu will provide leadership focused on delivering network-based value across the healthcare sector. He will report directly to COO, Joe Bellini, who previously oversaw this segment.

Gottipolu is an executive and industry leader who has been recognized for helping hospitals and their trading partners drive supply chain excellence and innovation, according to a statement. Most recently, Gottipolu was the chief supply chain officer at the Memorial Hermann Health System. 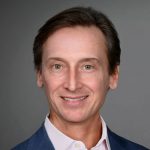 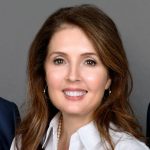 Dallas-based AspireHR has announced changes and advancements to its executive management team and board of directors.

Melissa Hillesheim has been named executive chairman, while Kevin Chase has been appointed as CEO and president. Also, Kurt Zuch is a new independent member on the board of directors.

According to a statement, Hillesheim’s advancement to executive chairman will allow her to expand the company’s presence nationally by focusing on supporting AspireHR’s strategic growth initiatives.

Chase has built a reputation in the tech industry as a leader, achieving measurable gains in performance across a range of companies from tech startups to Fortune 250 global corporations, according to a statement. 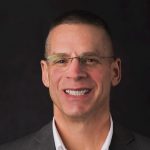 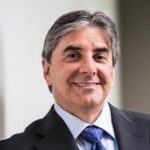 Plano-based Rent-A-Center Inc., a leader in the lease-to-own furniture industry, announced the appointment of Glenn Marino to its board of directors and Paul Hamilton as vice president of national accounts for Preferred Lease.

Marino brings 40 years of experience in the consumer financial services industry to his new post. Most recently, he served as executive vice president, CEO–Payment Solutions, and chief commercial officer for Synchrony Financial Inc.

Marino was appointed by the board to fill a vacancy and will serve as a Class III director until the company’s 2021 annual meeting of stockholders. 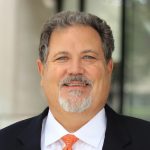 Mike Battles is joining Jones|Carter in Plano as its vice president of construction engineering and inspection, according to a statement.

Battles brings nearly 35 years of industry experience, 22 of which were spent with TxDOT at both the area and district level, to his new role at Jones|Carter.

Battles is an experienced leader in program and project management for transportation infrastructure projects, according to a statement.

Jones|Carter has provided engineering and surveying services to the public and private sectors for 40 years and was established in 1976 in Houston. 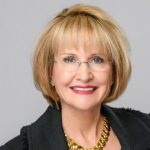 Monson is an advocate for small business enterprise and franchising, and has spent time serving on the IFA board of directors, according to a statement.

Fastsigns International is celebrating its 35th anniversary this year as a sign and visual communications franchisor in North America. It is a worldwide franchisor of more than 725 independently owned and operated Fastsigns centers in nine countries including the U.S., Canada, Chile, England, Grand Cayman, Puerto Rico, the United Arab Emirates, Malta, France, and Australia. 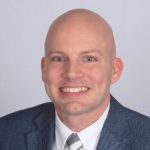 Ryan Solomon has been named as the new chief financial officer at AccentCare Inc., a Dallas-based provider of post-acute home healthcare services.

The company said that Solomon will serve as a senior member of its executive leadership team and will report to CEO Steve Rodgers.

According to a release, Solomon will oversee the finance, accounting, treasury, tax, and corporate development functions for the company. 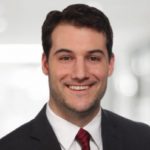 Scott Riddle has been promoted to the position of director at the Kane Russell Coleman Logan law firm in its Dallas office.

At the same time, Demetri Economou has been named to the same position in Houston.

Riddle is a litigator and crisis manager in the Dallas office, while in Houston, Economou practices in the firm’s energy group as a litigator.