Office Market: North Texas CRE Experts See Optimism in the Numbers Amid a ‘Flight to Quality’

Office projects are in the works, a unicorn submarket has been noted by analysts, and hospitality-type amenities put new projects at the "head of the class." 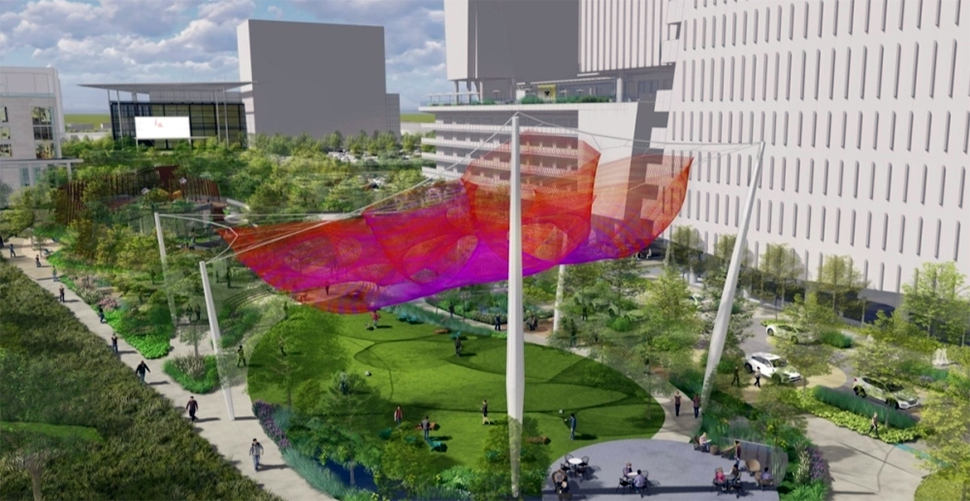 Hall Group is evolving its existing 15-building, 162-acre office park in Frisco into a mixed-used community with a new $7 billion master plan for the property.[Rendering: Courtesy Hall Park]

Is the Dallas-Fort Worth office market back on track after being in the pandemic-induced doldrums since 2019?

Real estate experts see optimism in the numbers from 2021 that show a positive track for DFW in 2022.

Dallas-Fort Worth office projects are in the works

“Though the commercial office market hasn’t returned to pre-pandemic levels, several Dallas-Fort Worth area urban centers outside downtown are thriving, with office projects in the works,” real estate publication The Real Deal reports.

For example, Ryan Companies is planning to break ground this year on the first Class AA multitenant office tower in Plano’s Legacy West. Global tax services and software provider Ryan LLC will be a major tenant in the 24-story tower that is planned for completion in Q1 of 2024.

A project near completion is Vari’s 180,000-square-foot global headquarters in Coppell, which will also serve as a multitenant campus.

Other projects include Quadrant Investment Properties and Maryland-based Federal Capital Partners are planning a 10-story, 120,000-square-foot Class A office building at 1333 Oak Lawn at Dragon Street in the Dallas Design District.

There’s a “flight to quality” in office development, says Granite Properties’ David Cunningham, who identifies development opportunities and leads project design and construction at the real estate firm. It’s a trend that gained an all-new prominence in the pandemic rebound.

Granite Properties’ 23 Springs, a planned 26-story office tower at the corner in Dallas’ Uptown, reflects that.

“Class-A buildings with the best mechanical systems, amenities, and locations will continue to see demand and—we think—will win the bulk of new customers,” he says.

Head of the class

“The fundamental role of the office is shifting to a place that brings people together for collaboration and socialization,” says Gensler’s Cindy Simpson.

“There’s added incentive for building owners to create these spaces in new buildings or on renovated rooftops, because they provide work areas with fresh air and create healthier environments,” she says.

The iconic gold towers of Campbell Center at Interstate 75 and Northwest Highway in Dallas are slated for a multimillion-dollar redo and will be renamed “The Gild” once they’re transformed. The Fenway Capital Advisors’ project will boost the 878,564-square-foot towers from Class A to Class A+.

Beyond the numerous updates to the exterior and interior spaces, the “greening” of the parking deck and improvements to the building entrances will offer a park-like arrival, says Simpson. “A new connector park and office courtyards will feature outdoor spaces that support a healthy work environment,” she says. “Interior improvements will encourage a more people-centric work culture with social spaces in public corridors.” 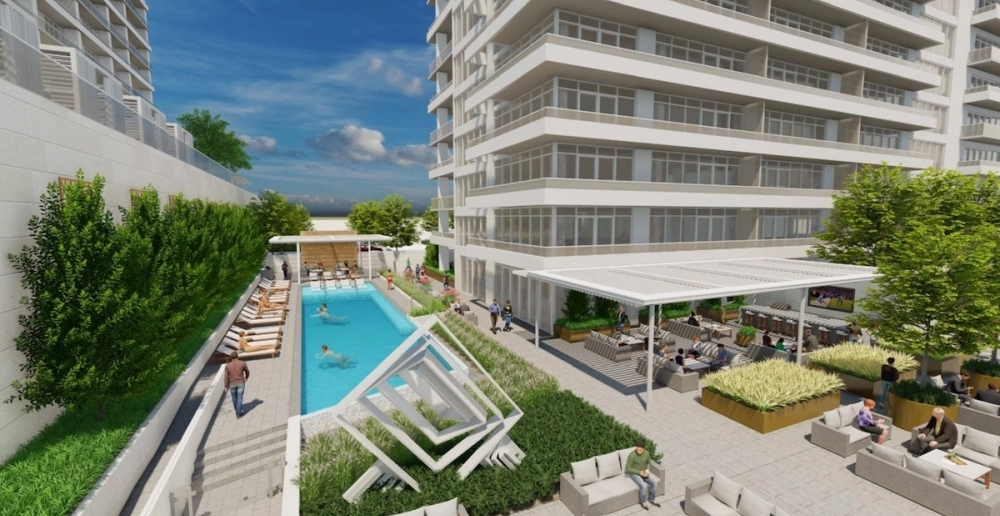 HALL Group’s evolution of its 162-acre office park in Frisco is also among the region’s prime projects designing for extra credit.

The company announced a new $7 billion master plan to grow its existing Hall Park in Frisco, a 15-building, 162-acre office park, into a mixed-use community. The building phase of the project will include a Class AAA office tower, a hotel, a 19-story luxury apartment tower, 60 new executive suites, and more—along with plenty of green space.

Some DFW submarkets have caught the attention of analysts, including the Stemmons Freeway submarket, which Marcus & Millichap called a “unicorn,” amid a broader office sector disruption, and a “diamond in the rough.”

“Masked by the overall office sector interruption, one submarket in Dallas-Fort Worth has quietly had an impressive showing,” Marcus & Millichap notes. “The Stemmons Freeway corridor, spanning Interstate 35 northwest of the Dallas core, has excelled.”

The company says that vacancy in that corridor fell 510 basis points over the 12 months that ended in June.

“No other submarket recorded a vacancy decline greater than 150 basis points during the span,” Marcus and Millichap says.

The company notes that the corridor benefits from its proximity to the University of Texas Southwestern Medical Center, which generates demand from healthcare companies. The local average asking rent was boosted by 9.6% during the period, bolstered by net absorption of more than 830,000 square feet.

Marcus & Millichap says that only four other submarkets had rent increases of at least 3%, with none of them exceeding 5%.

A version of this story first appeared in the print edition of DALLAS® Commercial Real Estate 2022, published by Dallas Next for TREC and the Dallas Regional Chamber. Read more in the digital edition of the magazine below, and request the next print edition here.

Request the next print edition of DALLAS® Commercial Real Estate here—and sign up for the Dallas Innovates e-newsletter for what’s new and next in North Texas business and CRE. To share your news or get information about the magazine, reach us here.

The real estate magazine is part of the DALLAS® media platform that includes the DALLAS® Relocation and Newcomer Guide and the DALLAS® Economic Development Guide. Published by Dallas Next for the Dallas Regional Chamber, together they tell the world about the future of live, work, learn, and play in North Texas.