Playful raised its new round in a nontraditional way—via a network of global supporters who helped spread the word about its offering. 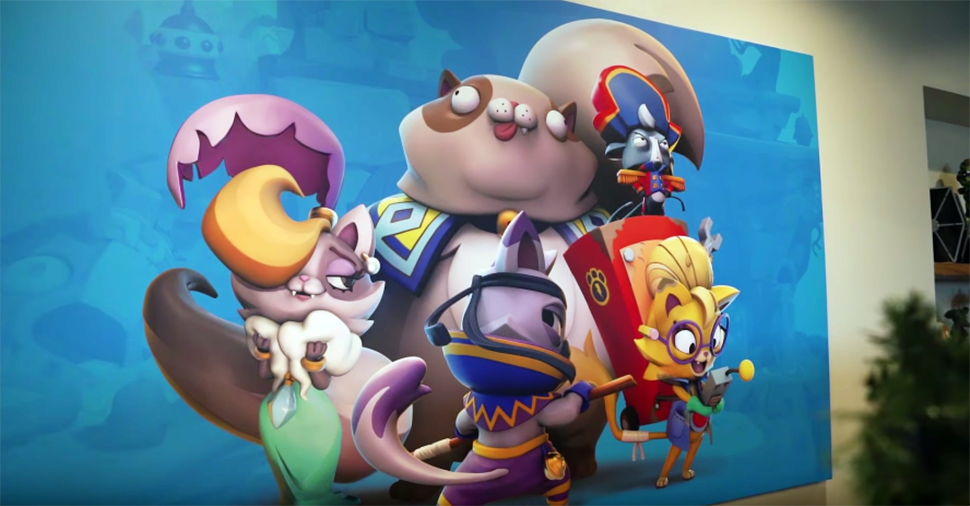 McKinney’s Playful Studios, maker of the Lucky’s Tale game series, has raised $23 million from a range of individual investors, which is a follow-up on a $25 million capital infusion in 2015.

The cash is expected to take the gaming company beyond its recent virtual reality game focus to traditional platforms and also expand to make “games enabled for the spectator era,” according to Venturebeat.

Streaming services, like Twitch, have made viewers and their comments part of the gaming experience for players who choose to share their game play.

“We have turned to a new frontier that we are very excited about,” Playful CEO Paul Bettner told GamesBeat in an exclusive interview. “It differs from anything we worked on before. We’re working on a large project. It’s about the fact that video games are becoming a spectator sport.”

Bettner says he “fundamentally believes [that] Twitch is the birth of a brand new platform for video games, a new way to enjoy interactive entertainment.”

That’s something he’s seeing in Playful’s own audiences: “We have more people watching people play our games on any given day than are actually playing them,” Bettner told Gamesbeat.

The round came from Playful’s network of global supporters who helped spread the word about its private offering. Bettner met with more than 300 potential investors over the course of nine months, “one living room at a time,” according to Venturebeat.

Bettner said those talks turned into personal relationships—a different approach than an institutional capital-raise model. That has its benefits, he says, giving Playful “the authority over the work that we are doing and the ability to make long-term decisions. We can say we are going to do a thing not because it makes sense this quarter, but because it makes sense for the long-term future of this franchise,” Venturebeat reported.

Bettner is best known for creating cult-favorite “Words with Friends.” The team has shipped other popular favorites such as the Age of Empires series, Halo Wars, Orcs Must Die!, and Hero Academy. Playful’s $25 million round from 2015 was used to launch virtual reality games like “Lucky’s Tale.”

That game was an out-of-the-gate title for Facebook’s Oculus Rift headset in 2016. When the adoption rate of Facebook’s VR rig was underwhelming, Playful added a console version of the game titled “Super Lucky’s Tale.” That game has been available on Xbox One for the last two years and is expected roll out on Nintendo Switch soon.

“The most important thing that I think our entertainment can do is connect people together,” Bettner says in a recent video. “We have a vision for the way we want somebody to feel when they experience one of our games,” he adds.

The company has a 58,000-square-foot base in McKinney and has over 100 developers on staff covering Nintendo’s Switch platform, VR applications, mobile gaming, and console- and PC-based systems. The multiple rounds of capital have been in service of its long-term plans to address the evolution of the gaming world.

Bettner, along with his brother David, founded New Toy in McKinney in 2008 which launched the mobile hit “Words with Friends” in 2009.

That’s when Paul Bettner “saw the definition of the word ‘gamer’ change,” reports Community Impact. “I’d have people in my life, like my mom who’s still a player, and she would never call herself a ‘gamer’, and this word gamer was looked at like a negative thing,” Bettner says. That’s what set “Bettner on a mission to bring joy and entertainment to people who did not traditionally fit the mold of a gamer,” Cassidy Ritter writes.

That Words with Friends startup was bought by Zynga in 2010 for $53.3 million. That exit led to the founding of Playful as a VR game studio in 2013.

For Bettner, play is a universal human need. “People understand we’re all supposed to play. Even as adults we’re supposed to play,” Bettner said in Community Impact.  “And so I thought the best company name in the world would be Playful. … Ever since then [the name Playful]  has so fulfilled its purpose as the name of the company.”