Inspired by the Dallas Mavericks team, the gaming center acts as a practice, competition, and relaxation facility for the NBA 2k professionals. 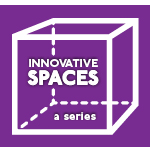 On Sept. 6, gamers from across the DFW area gathered for the grand opening of the Mavs Gaming Pavilion.

The NBA is the first professional American sport to operate an official e-sports league, and was co-founded this year in collaboration with Take-Two Interactive Software, Inc. All contestants were selected from the same gaming pool during a draft in March—with five players going to the Mavs—and the season tipped off in May.

The new state-of-the-art facility in Dallas will house professional NBA 2k gamers, with space for competition and practice, in addition to amenities like a customized locker room and recreational game spaces. On opening night, e-sports fans toured the center, tested the games on a less competitive level, and learned the ins and outs of being a gamer.

Dallas Innovators Blair Welch and Lauren Hawkins take you behind the scenes on a virtual tour of the pavilion. Photos were taken by Dana McCurdy.

The exterior of the center, located in Deep Ellum, catches the eye with its deep Maverick blue.

The Mavs 2k team is a force to be reckoned with. Video game teams have drafts, much like any professional sports team does, and negotiations can get heated. The teams also travel and play both “home” and “away” games.

On the “stage”—essentially a gaming arena or court, in the case of real basketball—2k teams go head-to-head in heated competitions similar to actual NBA players. The left is the Mavs’ home team area, and the right is reserved for opponents. During tournaments, Twitch live streams show each team competing on the big screens, so spectators and fans at home can watch live updates from the view of the professionals.

Pictured above is a behind-the-scenes look at where the pros match-up. Each 2k team consists of six players, with their performance displayed behind them on the big screens.

The city of Dallas was a big influence on the interior design of the gaming center, as can be seen by the wall decor in the lounge center.

2k players are practicing constantly—and we really mean constantly. Top players game over 16 hours a day on a regular basis (with some striving to play 24 hours a day!) and take breaks as infrequently as possible. The state-of-the-art practice room pictured above is where they spend the majority of their days. The environment of the room often reflects what’s going on within the computer screens, with decor including a real-life basketball hoop and court.

Much like real NBA players, Mavs gamers have a customized locker room where they can store their belongings. E-sports locker rooms look similar to sports played on a real-world field rather than a virtual one. Each player has their own customized locker with their name on it, which is attached to the practice facility.

As if these teammates don’t have enough of each other with the constant practicing and tournaments—all six of them are actually roommates as well. It makes carpooling easy, but we just hope they keep the drama in the locker room and off the ‘court.’

The Mavs are one of 17 teams competing in e-sports with the NBA. Gaming hopefuls had to win 50 games in the NBA 2k18 pro-am game mode to even qualify. 72,600 gamers made the cut before entering the final pool this past February.

First-round draft pick Dimez (right), who is considered the ‘LeBron James of 2k,’ is ready to get the season started in the brand new gaming facility. Professional gamers like him often have their own live streams on Twitch, in addition to participating in group events.

While some parents swear that sitting in the basement and playing video games gets you nowhere, these professional gamers actually make a good living for themselves. Dimez (whose real name is Arturo Boyd), signed a $35,000 contract for six months, which includes benefits and housing.

Much like professional sports, NBA 2K has seasons. This year’s season began on Aug. 17, and the release date of the latest installment was Sept. 7.

Less avid video gamers need not be concerned, because the facility also houses more arcade-like games. Pac-Man and Pinball were popular attractions among the guests on opening night.

The entire facility was buzzing with an electric vibe at the grand opening. With an open bar, free hors d’oeuvres, an in-house DJ, and giveaways, gaming fans had plenty to see and do.

For gamers that haven’t quite made it to the big leagues, opportunities to play and experience the facility were offered in the main room. Different types of consoles and controllers were also available to try out.

Even the youngest of gaming fans got to hang with the pros during the opening. While Fortnite is not yet played on a competitive level, the fan favorite (that’s the inspiration behind hundreds of popular memes) was still much enjoyed.

A ‘blue carpet’ led avid, enthusiastic gamers into the new facility. Valet services were just one of the many perks offered to guests.

DJ Poizon Ivy kept the crowd lively throughout opening night with her upbeat tunes. Behind her, the gaming center also houses a room with a green screen. Solo players can have their game screen live streamed, as well as themselves.

This article was updated on Oct. 10 to clarify a photo caption in which we incorrectly identified DJ Poizon Ivy. She is the official DJ of the Dallas Mavericks.

Gaming Goldrush: Is Frisco Poised to Become an Esports Capital?
Dallas-Fort Worth pillars in esports talk about the industry’s rise — and how North Texas fits into the mix — at LaunchPad City.

Mavs Gaming to Bring Esports Arena Online in Deep Ellum
The Mavs Gaming facility will be ready in time for season tip-off of NBA 2K in May, opening ahead of the new Arlington Esports Stadium.

Dallas’ NBA 2K Team Announces Name, Logo & Social Media
The NBA 2K video game is a simulation that reflects an actual game of basketball, and has been released annually since 1999.