Knock-Knock: Real Estate Startup With a Trade-In Platform Expands To Dallas-Fort Worth

Co-founder Sean Black says Knock has found its niche in residential real estate because it's the only company doing a trade-in—and, it'll do everything for you.

And that’s when Knock comes knocking.

The residential real estate startup says its first-ever Home Trade-In platform offers a painless process of a seamless swap: They’ll buy your new house and allow you to move in, before ever even listing your old one. The system is based on buying and selling with certainty, convenience, and cost-effectiveness — which Knock thinks will essentially create a world where consumers can trade in their home as easily as they trade in their car.

And the market appears to be picking up on it.

In July, Atlanta-founded Knock launched in the Dallas-Fort Worth region with an industrious office, making it the fifth city it’s expanded to. But, since coming to Texas, Knock says its had its best month to-date — picking up four locally licensed experts, two of whom are the former top-performing Redfin agents, and opening a second space in Plano.

“The next wave in real estate innovation.”

Knock acknowledges that Redfin, a real estate brokerage that uses tech to help people buy and sell homes, is an innovator in the space, but says that the newly hired agents migrated to Knock because they see it as “the next wave in real estate innovation.”

Knock launched in Dallas in July, and has since seen its most successful month yet. [Photo: Courtesy Knock]

Dallas has been a unique market, according to Knock, because home prices are up 5.2 percent year-over-year, with an increased demand from out-of-state buyers attracted to the job market and relatively low cost of living. The Knock algorithms show that Dallas homes priced $500,000 and under have the potential to save 3.79 percent off the listing price, so by making a non-contingent offer on the customer’s behalf, Knock provides an opportunity for its homebuyers to maximize on these potential savings. It’s just about making the experience better and faster than all the rest.

“The big difference between launching here versus Atlanta [in 2016] is that when we launched there, it was just us. We were only competing with the old way of doing things,” co-founder and CEO Sean Black says. “Now, the market has been educated, and they don’t think about the old way versus the new way — they think about all the new ways, and which one’s best.” 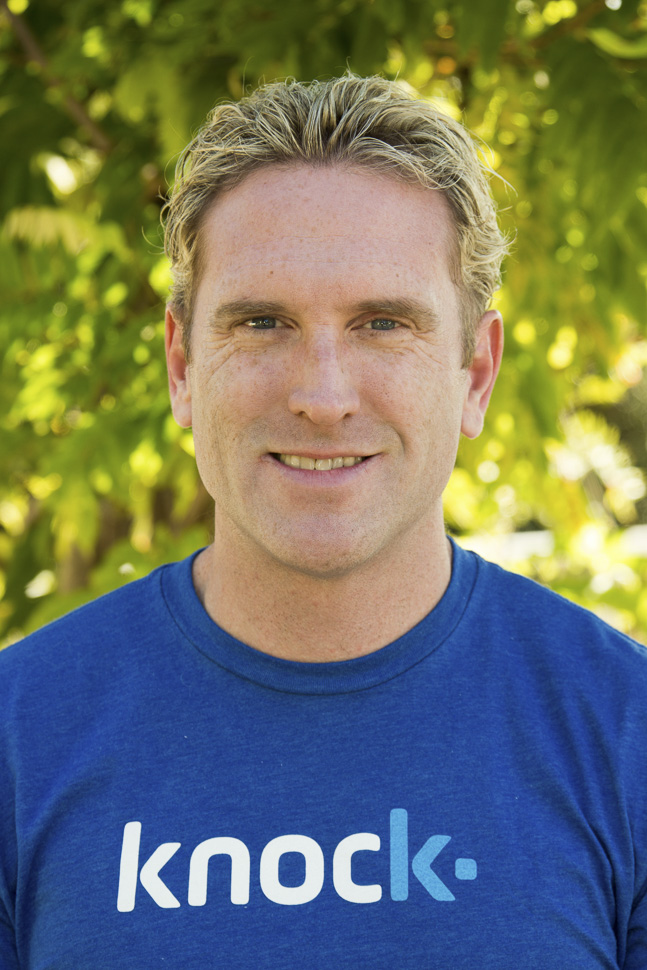 As a founding team member of Trulia, Black is seasoned in the real estate market, and recognizes the recent rise in online ibuying or selling platforms attempting to shake up the traditional way of doing things (see Open Listings, Opendoor, Door, REX). Each claims to be different from the last, pushing digitally driven agendas that leverage technology to simplify the process.

A recent article on the rise of PropTech on NFX showed that the rise of alternative transaction models have created a new wave of real estate tech startups, which is only expected to increase. Because the current process is costly and time-consuming, the growing frustration created an obvious opportunity for innovation in the form of “a series of successful, distinct brands with differentiated product offerings servicing a variety of segments of the market.”

And Black says Knock has found its niche, because it’s the only company doing a trade-in — and it’ll do everything for you.

The Trade-In process allows customers to buy and sell at the same time, because Knock does the majority of the heavy lifting.

The scenario looks a little something like this: If interested, you’d first go to the mobile-friendly site and enter your current address. Then, using algorithms and data science (the company has the same data partners as Trulia and Zillow, and spent 3.5 years building the tech) Knock will provide you with a trade-in price. At the same time, “Licensed Local Experts” would guide you through the process: get you pre-approved, figure out how much house you can afford, do all the paperwork, and go shopping with you. But then, Knock would actually buy your new house for you — in all cash — and move you in before listing your old house on the open market. Black says this gets you prepared and confident before buying your new home from Knock, while also providing certainty if speed to move is a priority.

On your old house, Knock manages and makes $10,000 in repairs, which the company claims will help it sell quicker and for more money, and saves you the trouble of having to live in a home while it’s being renovated. Six percent is charged just like a traditional Realtor, but Knock says it gets a 3-5 percent discount on buying the new homes because it’s an all-cash process.

“Most people have their deposit for their new home in the form of equity. So it’s a chicken and egg game of: ‘Do I sell first and move in with the in-laws, or do I buy first and hope my home sells quickly?'” Black says. “We’re basically creating transparency around an otherwise opaque process.”

A Knock Licensed Local Expert will help you find your new home and get you moved in, before listing your old one. [Photo: Courtesy Knock]

Black says he and his founding team think that people just want things done for them, rather than having to deal with multiple parties and entities. Originally, they had the idea to just help consumers on the sell side, but realized the annoyance of being in the home and keeping it immaculate while it’s being repaired and being shown. They found that around 75 percent of people buying a home also have one to sell, so the goal became to make that process as simple as humanly possible. Statistically, most homeowners are trading up — into better homes, better school districts, better neighborhoods — so practicality became crucial.

In the last nine months, Knock’s headcount has tripled, and they’ve helped around 2,200 customers trade-in their homes. Black points to the changing times, emphasizing that ironically and unexpectedly, millennials are the largest home-buying population. As a generation that expects and assumes things work instantly — getting an Uber, buying a car, ordering food — Black says the future is all about doing everything from your phone.

“I think the bigger picture is that this transaction is changing. Real estate and health care (and maybe finance) are industries that haven’t really been touched by technology — at least not on the sell side,” Black says. “I think the world is going to change in the next five years pretty dramatically. And I think all the brands that our parents know, who all do the same thing but don’t give you the certainty or the convenience or even the same experience because they’re all independent contractors, are going to go away pretty quickly.”

Looking forward, Black notes the network effect, saying that the more useful people find Knock, the more successful it will become. The focus right now is moving into new markets, and getting ready for the best time of year to buy a home: the holidays.