Plano houses one of JPMorgan Chase's top technology centers. We talked with the firm's global CIO, Lori Beer, who says the region is critical to the company's strategy—and so is its technology talent. 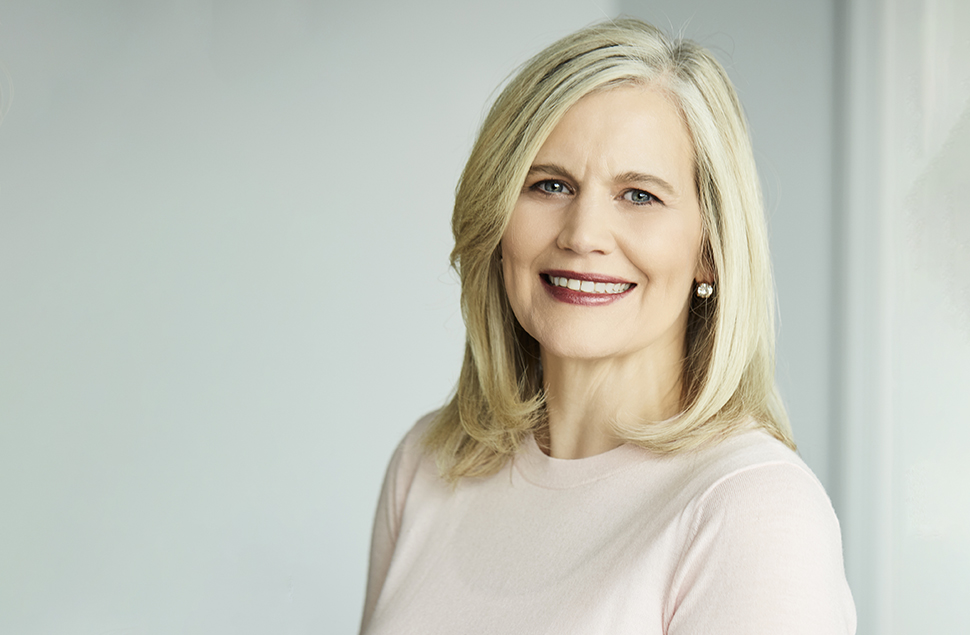 Most know JPMorgan Chase as one of the oldest financial institutions in the country, leading the industry in investment and commercial banking, asset management, financial services, and more. But what’s not as commonly talked about is how deeply embedded technology is throughout the organization. At JPMorgan, tech is core to the business, core to its strategy, and core to serving customers every day. And part of managing it all—including a budget of more than $11 billion and 50,000-plus technologists—is JPMorgan’s global chief information officer, Lori Beer.

Beer sits on the firm’s 12-member operating committee (responsible for global tech systems and infrastructure), a group that she says is indicative of just how much technology is a lifeblood to the organization. JPMorgan moves $6 trillion a day, which means every line of business has to leverage tech, whether it’s through driving digital experiences or conducting everyday transactions.

And that work certainly spans the range of emerging technologies.

Beer, who joined the company in 2014, says her team’s focus has started to evolve into AI and machine learning. “We’re finding more and more of those capabilities across the firm,” she says. For example, cybersecurity—managing fraud, thinking about threat intelligence, protecting the business, and more—is a robust program that’s foundational to the firm, and includes educating and supporting clients.

“As technologists, we focus on running the business every day and making sure we’re delivering for customers and clients, as well as employees,” Beer says. The number of technology-focused employees translates to roughly one in five across the firm. And JPMorgan Chase is continuously looking to build on its healthy pipeline of talent.

While attracting top employees is crucial, JPMorgan Chase also wants to give people a reason to stay. With engineers, for example, one of the top reasons they remain at a company is if they can learn and grow, Beer explains. Most realize they have to keep their technical skills refreshed to be an asset in the future. So JPMorgan has begun focusing on that appetite for continuous learning.

“JPMorgan Chase is very committed to work skills of the future. We do a lot of work in our communities,” she says. In October, The Real Estate Council Community Fund received a $6 million investment from JPMorgan’s Partnerships for Rising Opportunity in Neighborhoods program. Then, in November, JPMorgan committed more than $1 million to support military veterans in North Texas.

Giving back to the communities it’s in is vital at JPMorgan. Through its Tech for Social Good programs, for instance, software engineers work one-on-one with nonprofits—ten in Dallas last year—to build tailored tech solutions. And with Code for Good, JPMorgan volunteers engaged with students who were interested in learning how to code.

“We have an opportunity to assess this talent, in terms of who might be a good candidate to get into one of our other programs,” Beer says. “For us, the collateral benefit has been a huge alternative pipeline for us—it’s really fit into our entry level talent programs.”

Technology-focused programs are frequent, too. Tech Connect provides a coding academy for people who don’t have a computer science degree, but might demonstrate an aptitude in critical thinking.

PowerUp is a global reskilling/upskilling program that’s been a hit among employees since JPMorgan launched it. [Photo: Courtesy JPMorgan]

A popular program called PowerUp is hosted in JPMorgan’s technology centers across the globe. The cohesive training program consists of three days of classes (both instructor- and lab-led) for employees to learn about new technology. There are sessions for managers, projects that can be executed later, and hands-on opportunities.

“Technology is changing faster than we’ve ever seen it,” Beer says. “The average lifespan of technology is less than five years. We have to make sure we’re preparing our organization of talent for the stuff of the future. And that includes our technologists.”

Earlier this year, PowerUp—and Beer—came to North Texas with 103 sessions and more than 1,140 participants. While the kick-off was something that Beer says JPMorgan is really proud of, even more important is the firm’s robust plans for the region. 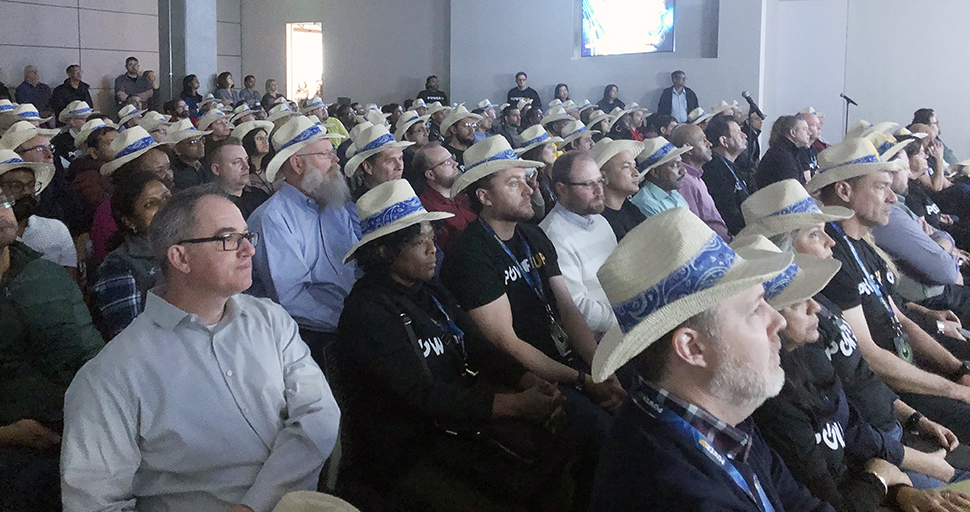 Earlier this year, PowerUp came to Plano. The program is part of JPMorgan’s efforts to build a culture of continuous learning, Beer says. [Photo: Courtesy JPMorgan]

Dallas-Fort Worth houses one of JPMorgan’s tech centers, where the majority of technology work gets done in support of the business. Beer is bullish on the local tech center’s success over the next year, even saying that Dallas is critical to the company’s overall strategy.

“We have been growing very healthily in the Plano region, where our location is. It’s a very modern facility, and that’s helping because we want our technologists in the same places as our key businesses,” Beer says. “This co-location has served us well in everything from building out digital experiences for Chase, to our wealth management businesses, to building out the underlying infrastructure.”

We dug deeper with Beer to discuss JPMorgan Chase’s plans for the region, hiring top talent here, where technology is headed, and more. Read on:

Where is JPMorgan’s relationship to Dallas-Fort Worth headed?

We are just so delighted to have such a significant presence in Dallas, and we see that continuing to grow. That is tied back to the way we can align with our communities the scalability of talent, the growing tech ecosystem we see in Dallas—it’s incredible for us to be there. We’re very excited about Dallas being one of our key technology centers.

What’s great about it is I can have someone that’s working in Dallas that is actually delivering a solution. For example, our products from Chase support 50 percent of US households. So, our team in Dallas is delivering technology that supports this broader agenda, and creating better experiences for customers across the US and abroad. Our engineers are thrilled to have this level of impact beyond their local communities.

What emerging technology trends is JPMorgan focusing on?

We’ve definitely felt good about our ability to grow our talent that supports the newest technologies, like digital cloud capabilities, AI, and machine learning. Those are the big ones. We, of course, are doing blockchain, but blockchain is still emerging, in terms of how much it’s actually going to replace some of the traditional technologies. We’re seeing great engineering talent, some cybersecurity talent, AI and machine learning talent, and general engineering capabilities overall. Also, good cloud capabilities.

We’re constantly looking at new ways to optimize the dollars we spend in technology, so we are leveraging a cloud strategy. We have a multi-cloud strategy, which means we’re not only leveraging public cloud, but we also built an internal private cloud platform. This allows for us to keep some data on premise, which is important.

How does JPMorgan attract tech talent, specifically in Dallas-Fort Worth?

One thing I would say that’s really important as we look at where we’re going to hire top technology talent: We see Dallas continuing to emerge as a very vibrant and healthy community for the availability of technology talent. When you think about the magnitude of the things that we’re doing and we’re building, ultimately, it comes down to talent.

Talent is one of the key areas that I focus on. So I would first and foremost say that we’re very pleased with the growth of our tech talent in Dallas. We feel strongly that we’ve been able to not only get strong engineering talent, but have diversity in that talent. We’re excited about continuing to grow. We know diversity in technology in particular can be challenging, which is why we’re working on a lot of programs in Dallas, whether it’s youth programs or other emerging talent programs. We’re really excited about the great opportunity to continue to look at strengthening diversity in that population as well.

You mentioned diversity. What are some ways JPMorgan is approaching D&I?

I think with diversity and inclusion, it takes active leadership. Everybody talks about it, but I think you have to actively engage and make an impact. For me, on the personal side, I do what I can in terms of mentoring and supporting women in their careers, both inside JPMorgan Chase and outside.

Internally, I can very comfortably say that all of our diversity metrics—and I’m talking about women, black, Hispanic, etc.—improved year over year in global technology. Just like everyone else, we have a lot of room to grow, but we’re very focused. I spend a lot of time on talent overall. But I also spend a lot of time making sure we’re building out the right programs so that we’re not just focusing on hiring, but we’re focusing on developing, promoting, and retaining top technology talent across all aspects of diversity.

And, that we’re also working on building an inclusive culture. I like to personally be very actively engaged in all of those programs.