Venture Dallas' presentations showed where opportunities are, who is going after them, and how the area can work together to give moonshots better chances of landing. The curated crowd included investors from some 15 states. 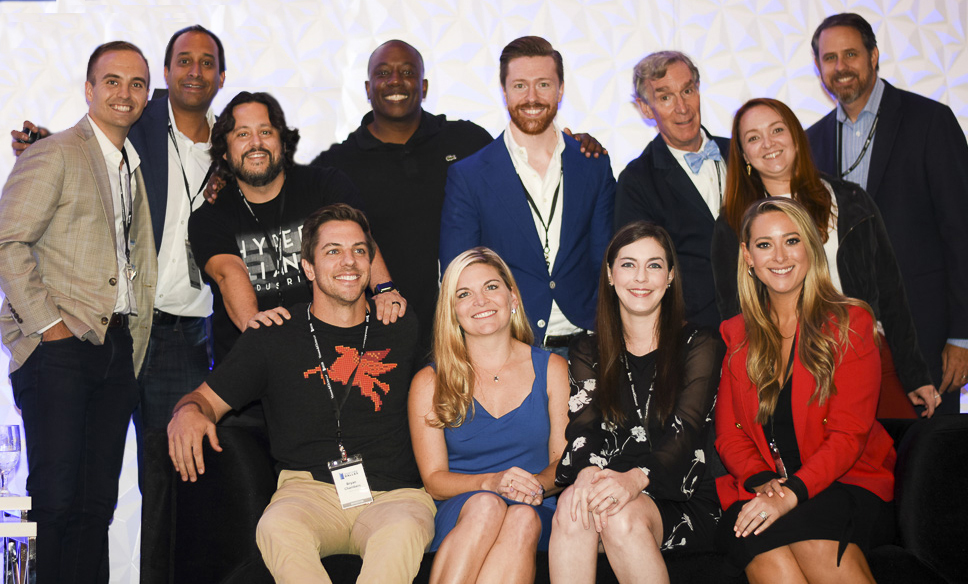 At its core, the first Venture Dallas summit this week was about making introductions that lead to deals. Investors from 15 states had more than 150 meetings with entrepreneurs were in the books by 10 a.m. Wednesday—the event’s second and final day.

But the event was about something bigger: Telling the world what Dallas-Fort Worth does to foster entrepreneurship and innovation, and making its underrated startup community even stronger.

“Texas, in my opinion, should be at the forefront of leading where everything should go because we have more landmass than anybody,” said Dallas Cowboy-turned-relocation businessman Emmitt Smith during a keynote interview that kicked off Wednesday’s event.

Dallas Innovates Every Day: Get on the list for what’s new + next in North Texas each weekday.

Dallas-Fort Worth ought to be at the head of that effort, he added. “The school systems are getting better. When I say, ‘getting better,’ the Southern sector is definitely improving. When you look at the new suburbs, these schools are top-notch.”

Growing up in Pensacola, Florida, Smith’s family lived in housing projects and, later, the backyard of his grandfather’s property. “I knew my mom and dad could not afford to send me to college,” he told the 300-plus conference attendees. “And so I started playing ball.” 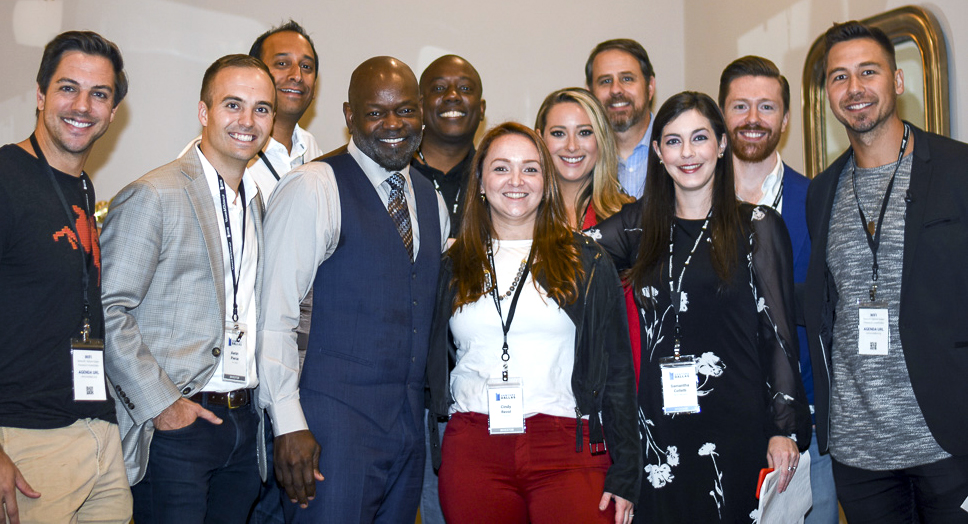 Though people in the crowd came from a variety of backgrounds, Smith’s story of struggle and hard work resonated seemingly with everyone who was listening.

”His presentation was truly a home run and made an impression on me,” Aaron Pierce, a managing director at JF2 Capital who helped put Venture Dallas together, said. “It was memorable for me to hear how a childhood hero describes his successful transition from athlete to entrepreneur and tech investor, leveraging great mentors and resources to build his real estate company and make opportunistic tech investments.”

READ NEXT Big-Name Speakers Talk Tech, Funding, and Growth in Dallas-Fort Worth

The inspiration Smith delivered came atop the behind-the-scenes stories that real estate developer Ross Perot Jr. told at a private reception Tuesday about how his famous father, who died July 9, influenced his support of the entrepreneurial community.

As a salesman at IBM in the early 1960s, the senior Ross Perot wanted to start a business that would run other people’s computers for them.

“The bad news at the time was nobody would bank him,” his son told the reception. “And so he wound up being the majority owner [of Electronic Data Systems,] which turned out to be pretty good news.”

Attendees learned more about the senior Perot on Wednesday, when conference organizers ran a short video about his life produced by Tech Titans, the Richardson-based trade group that represents the local industry. (You can watch the video, courtesy of Tech Titans, below).

The stories shared about Perot and Smith supported the conference’s broader message about the early-stage community that DFW has and how locals can work together to improve it.

Along the way, folks at the event learned stuff they might not have known, such as the importance that NASA (which has an operation at Dallas Fort Worth International Airport) plays in research on areas such as auto-piloted air taxis. 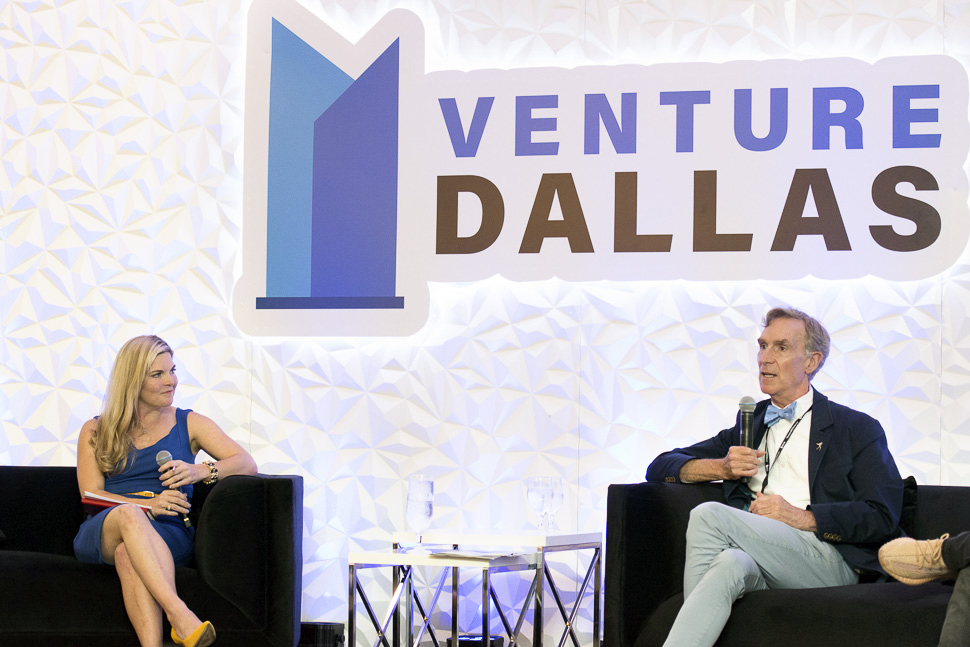 Deals that got done via Venture Dallas could fund technologies that have enough weight to extend anywhere—even beyond this planet, panelists concluded Wednesday.

“With the miniaturization of electronics and instruments, much smaller organizations than NASA can participate in remarkable ways in advancing space science and exploration,” Nye said.

Ultimately, Venture Dallas was about creating conversations that can lead to deals.

“As the event concluded, an entrepreneur shared with me that she was finally able to meet two investors who she’d been discussing her upcoming Series B raise, and she even met additional investors who now are considering leading their round,” said Aaron Pierce, managing director at JF2 Capital Partners, a Dallas-based family office. 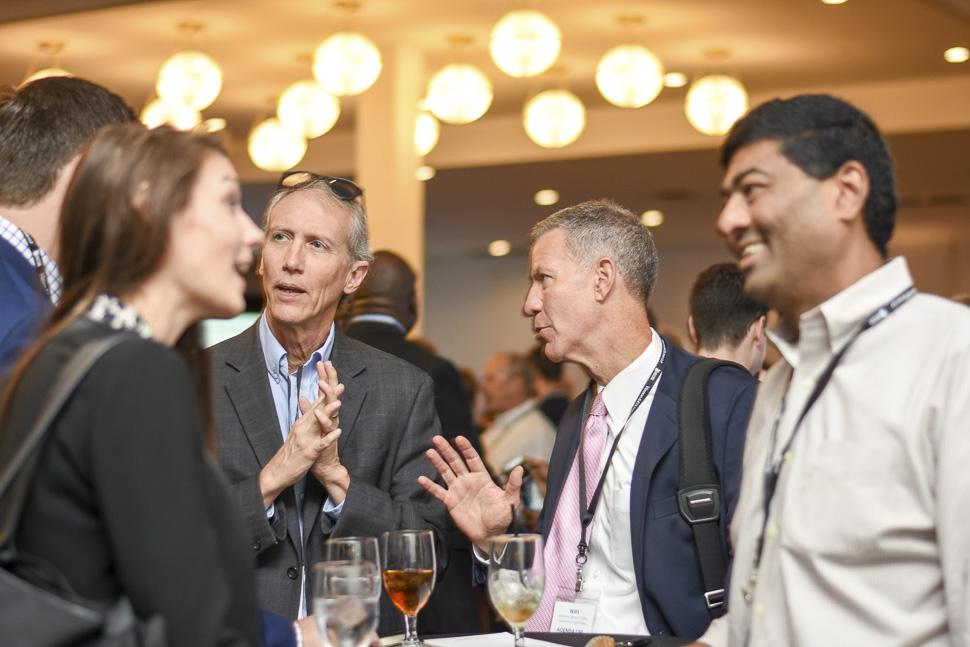 More than 300 people attended the first annual Venture Dallas. Plans are already in the works for next year. [Photo: Courtesy Venture Dallas]

Joe Beard, a partner at the Dallas-based early venture firm Perot Jain, said he met 10 or so new companies that he had never seen before.

“I believe this is really important because sometimes really great companies don’t get in the room whether it’s to receive good advice, mentorship or capital. If we, as investors, get this right—everyone in the Dallas startup ecosystem will benefit.

The impact of Venture Dallas could eventually extend beyond events it may have in the future, some said.

“A concerted effort and event like this could be the springboard Dallas needs for the next big step as a venture town,” said Kevin Vela, managing partner at the law firm Vela Wood. “I’m already looking forward to next year’s conference.”

Bill Nye was one of the featured speakers. [Photo: Courtesy Venture Dallas]

Here’s what you may have missed from the expert speakers and panel presentations.

“Companies approaching unicorn status can be in Dallas. Here’s one that’s approaching this status,” Vik Thapar of Cypress Growth Capital says of Plano-based FinTech Alkami. The company is still somewhat under the radar in Dallas-Fort Worth, but probably not for long: It’s raised $230M, predominantly from Texas investors, and they employee some 5oo employees, all from right here in the region, according to Thapar.

Some 80 entrepreneurs and investors gathered at Capital Factory for custom-tailored meetings during Day 1 of Venture Dallas. Here’s how it went. 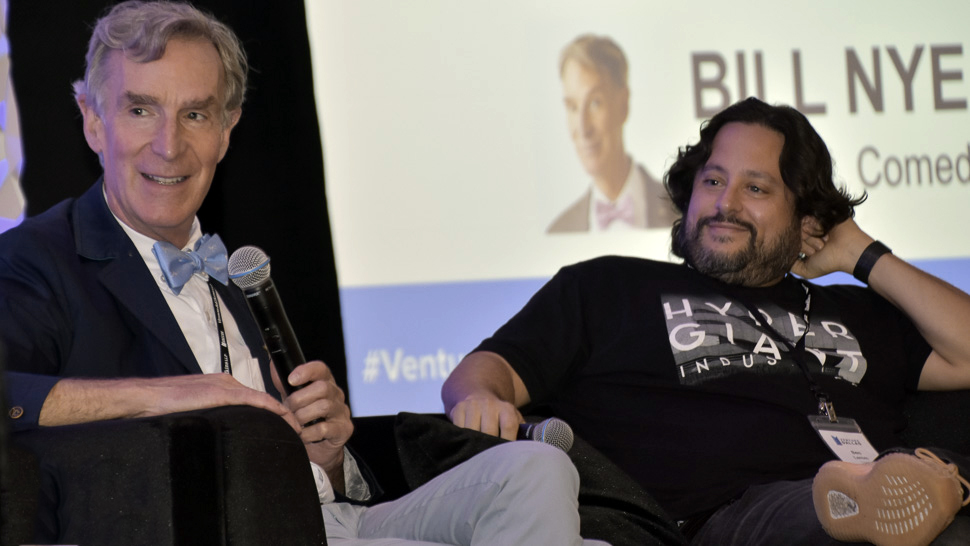 Read about what you may have missed from panels and individual presentations at Venture Dallas 2019. 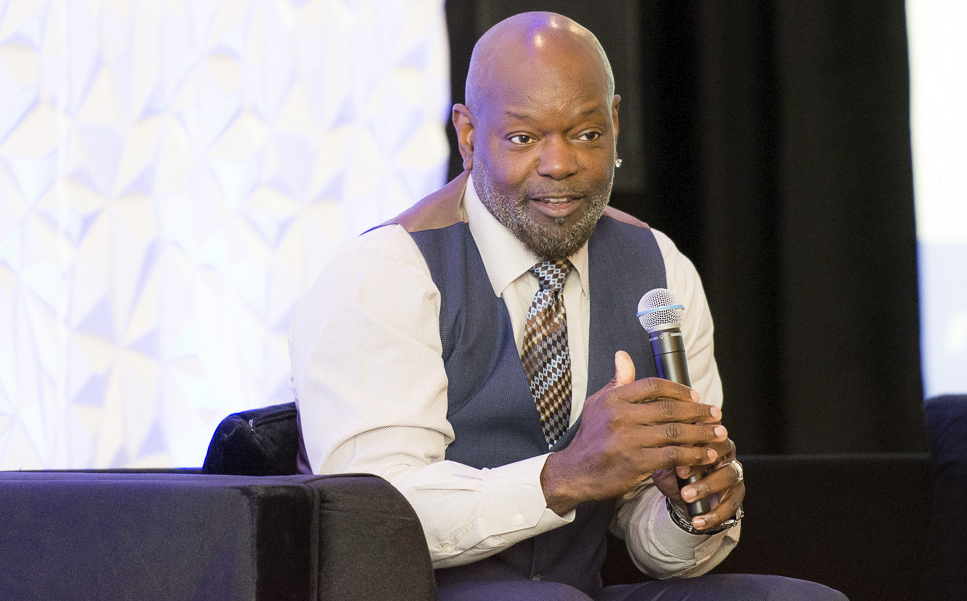 Emmitt Smith on Why Retirement is Overrated, Off-Season is Key, and DFW is the ‘Center of the Universe’

Here’s how one man rose from hardscrabble beginnings to build a career in sports and real estate.