Goldman Sachs CEO, NYSE President Discuss Economy and Business in the Year Ahead

Goldman Sachs' David Solomon and the New York Stock Exchange's Stacey Cunningham shared their long-term predictions for the upcoming year's unpredictable economic environment, including the road to reopening, the future of remote work, and how Dallas is an investment.

This year’s unstable sway of the markets due to the global pandemic is not expected to stabilize soon.

Solomon and Cunningham discussed the tumultuous times in our economy, what it means for business and our country, and what we might expect in the year ahead in a virtual rapid-fire chat with Steve Liesman, Senior Economics Reporter at CNBC. The economic experts said that, despite recent positive news of a possible COVID-19 vaccine with a 90 percent cure rate, the resurgence of the virus at the highest levels of infection is creating a very uncertain environment for both businesses and local governments.

“At a high level, what I’d say is it’s still very uncertain,” Solomon said. “It’s unclear when we’re going to get past this. But if you’re looking for real clarity over the course of the next three, four, or five months, I think it’s going to be a very uncertain, bumpy period.”

Cunningham, the first woman to lead the NYSE Group in its 228-year history, said the early announcement of a vaccine will cause the markets to move over the course of the next few months until the next administration figures out how to effectively distribute the vaccine.

“The success of the vaccine is going to be tied to how we perform across the country in delivering it and actually getting it into people’s arms,” Cunningham said. “We have six months before we are in a place where we really get the benefit of the vaccine and where we start to see that play out.”

Here are key takeaways from the discussion about reopening the economy during the pandemic, the importance of balanced policy, Dallas as an investment, and corporate diversity:

The road to reopening the economy

Since closing the trading floor in March and pivoting to virtual trading, Cunningham said the stock exchange safely reopened in May after Memorial Day and is now trading all stocks on the floor again.

Today, about 400 people are working on the trading floor. Safety protocols, such as wearing masks, social distancing, and providing sanitizer, have prevented a spread of the virus in the space, Cunningham said.

“I think that’s an important message for businesses that are out there and trying to get the economy reopened, is that we can do things safely,” Cunningham said. “We scaled up since we reopened, so there are roughly half the number of people on floor then there would normally be, and all stocks are trading off the floor. But I don’t see us scaling up from where we are today until we have a vaccine.”

With offices around the world, Goldman Sachs is operating at different capacities in each market, Solomon said.

Goldman’s Asia and Hong Kong branches are back in the office with safety protocols, and Solomon said life outside the office has returned to as close to pre-pandemic normal as possible. In Europe, Goldman’s London office was operating at a high of 35% capacity, but levels have since come down as a work-from-home order is in place in the United Kingdom. Goldman’s New York offices reopened in June. As of mid-October, 2,000 employees – or 20% of its workforce – have been back in the office with safety protocols and no significant spread of the virus.

“We continue to put our people first and their safety first, but at the same point, getting our people to interact is important culturally for us to execute on our business,” Solomon said. “I don’t think we will get to a level that’s different than where we’ve been operating until we get to a vaccine or a better place.”

The future of remote work and productivity

While the pandemic has amplified and accelerated the adoption of remote work in many industries, both Solomon and Cunningham predict a hybrid approach to flexible remote and in-office work is here to stay.

“When it comes to our business, [we need] human interaction and the apprenticeship nature of business; we’re a professional services firm at the end of the day for a lot of our business,” Solomon said. “I don’t think when we get to the other side and you look at Goldman Sachs it will be that different than it was on January 1 [2020].”

Pre-COVID, a significant amount of Goldman employees had worked remotely at some point in time and work flexibility has always been a part of company culture, Solomon said.

“I think what we’re learning is there are a lot of places where we can do things more efficiently,” Solomon said. “As you spread people out, you start to think about who you need and what you need to get together to really get something done with the level of excellence you really want to get it done.”

As the pandemic wears on, Solomon said the sentiment he has gleaned from conversations with other CEOs is work-from-home productivity levels have declined. He predicts long-term changes to office work will not be a dramatic shift to all remote work, but many businesses will reorganize staff as they evaluate how remote work has made them more efficient in some ways.

Cunningham, who speaks with CEOs and industry leaders daily, agreed with Solomon that many business leaders believe productivity has declined in the current environment.

“I think in April, people were really productive because we were in a crisis, and people really rise to the challenge of a crisis. And frankly, there was nothing else to go do, so there wasn’t a lot of distractions,” Cunningham said. “But now, over the long-term, you will see mixed results and a lot of businesses will still look very similar, but there are some that will change the way they have their staff and teams come into the office.”

While Washington politics and policymaking have become more divided over time, Solomon said he hopes the new administration and Congress can move toward a direction of more decisiveness and balanced policymaking.

“I think that the election result is a result that delivers a more balanced outcome as we think about policy going forward over the next couple of years,” Solomon said. “I think the electorate said it wanted a change in administration, and the electorate also voted, which was unusual, for balance or division in the government to try to not let some of the policies go more directionally in one area.”

Cunningham agreed that no policy does not mean good policy. Gridlock could be good or bad, but policy that moves the country forward is critical now more than ever.

“I think we are less divided than we seem,” Cunningham said. “I think that’s why a lot of people are looking for balance. A lot of Americans don’t want it to be one end of the spectrum or the other, and they’re looking for something more in the middle.”

Cunningham said the most encouraging aspect of the election was the historic voter turnout because it ensures a balance of candidates that will balance sound policy that is not polarizing.

Dallas as an investment

Goldman has operated in Dallas for 50 years, and Dallas is a uniquely attractive place that can draw talent to operate different kinds of businesses, Solomon said.

“We think about Dallas potentially as a place to innovate and build more platform businesses. It’s a good location for us to continue to grow our presence,” Solomon said. “Dallas is one of a number of places around the United States where we have a pretty big investment, and my guess is that will continue to grow.”

Cunningham said Texas’ business-friendly policy has edged out New York as a leading state for business.

“We have more companies listed on the New York Stock Exchange in Texas than any other state in the union. I think that says a lot,” Cunningham said. “It’s more than New York. But that says a lot about how people can get business done in Texas.”

In an effort to move the needle on diversity and inclusion, Goldman declared it would not take companies public unless they had a diverse board of directors, and it will present two diverse companies to go public in 2021, Solomon said.

“Companies need diversity at the top to be able to run diverse organizations,” Cunningham said. “Getting more diversity is really critical.”

“When you look at companies that have gone public over the course of the last few years, with a diverse board, their performance outperforms those that go public without any diversity on the board,” Solomon said. “It’s good governance. At this point, we should be further along than we are.”

This Q&A is part of an ongoing series of DRC interviews with representatives from our member organizations about how they are facing the COVID-19 pandemic.

Enterprise
ICYMI: What’s New and Next in Dallas-Fort Worth Innovation

ICYMI: What’s New and Next in Dallas-Fort Worth Innovation

News travels fast, and we’re here to help you keep up.

Every weekday, Dallas Innovates brings you up to date on what you may have missed in the region’s innovation, ...

EVERY LAST WORD: “The Word ‘No’ Can Be a Powerful Motivator”

These North Texas innovators had “The Last Word.” Here’s a collection of the quotes that inspire, inform, motivate, or simply make us laugh.

Apply Now:
Here Are 15-Plus Opportunities for Dallas Innovators

North Texas is a big place, with plenty of opportunities.

So, we’re constantly on the lookout for contests and competitions, recognition programs, and available grants innovators can apply for. Keep ...

Across North Texas, companies are promoting and hiring people to take on leadership positions within their organizations.

Dallas Innovates covers prominent personnel moves in Dallas-Fort Worth businesses and nonprofits—from the ...

Hawkeye—part of Publicis Group—is coming off a banner year that included its parent company’s $4B acquisition of data-company Epsilon.

Now, the company is welcoming three senior leaders to maximize the ... 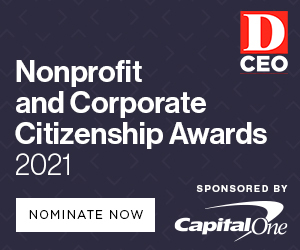 ICYMI: What’s New and Next in Dallas-Fort Worth Innovation

News travels fast, and we’re here to help you keep up.

Every weekday, Dallas Innovates brings you up to date on what you may have missed in the region’s innovation, ...

EVERY LAST WORD: “The Word ‘No’ Can Be a Powerful Motivator”

These North Texas innovators had “The Last Word.” Here’s a collection of the quotes that inspire, inform, motivate, or simply make us laugh.

Apply Now:
Here Are 15-Plus Opportunities for Dallas Innovators

North Texas is a big place, with plenty of opportunities.

So, we’re constantly on the lookout for contests and competitions, recognition programs, and available grants innovators can apply for. Keep ...

Across North Texas, companies are promoting and hiring people to take on leadership positions within their organizations.

Dallas Innovates covers prominent personnel moves in Dallas-Fort Worth businesses and nonprofits—from the ...

Hawkeye—part of Publicis Group—is coming off a banner year that included its parent company’s $4B acquisition of data-company Epsilon.

Now, the company is welcoming three senior leaders to maximize the ... 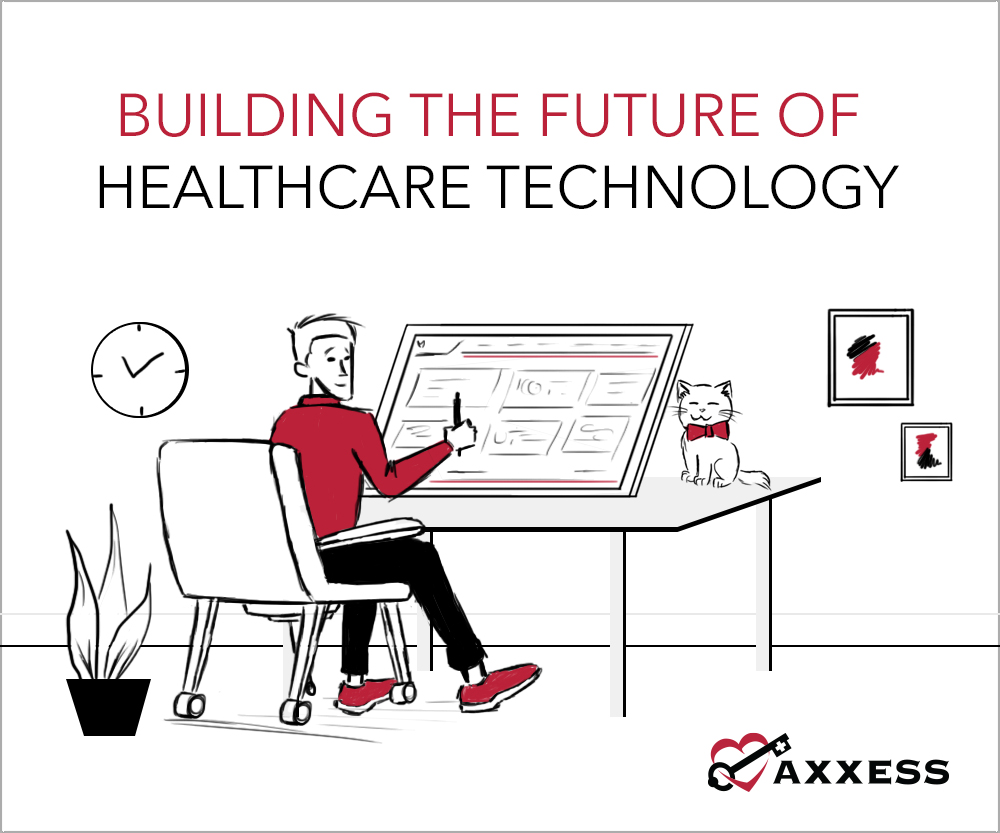