Follow the Money: Trive Capital Raises Nearly $2B, Securonix Adds Investors to its $1B+ Funding Round, Cardinal Midstream Partners Launches with $300M Investment, and More

Trive Capital, which focuses on mid-market companies, announced closing its fourth fund and its first structured capital fund, with both reaching their hard caps of $1.6 billion and $350 million, respectively. The firm’s Trive Capital Fund IV LP, which already includes six platform companies, will be used for controlled buyout investments and its Structured Capital Fund I will be used for non-controlling positions, per the Dallas Business Journal.

Trive Founder and Managing Partner Conner Searcy told the DBJ that the funds are expected to be fully deployed in about a year. The announcement comes as Trive made five new platform investments, 60 add-on investments, and 12 exits last year. The firm currently has more than $4 billion in assets under its management.

“In Fund IV and Structured Capital Fund I, our team will continue to invest in strategically viable middle market businesses with the ability to tailor bespoke, creative solutions across the capital structure,” Searcy said in a statement.

Cybersecurity firm adds investors to $1B+ funding round

⟫ Cybersecurity company Securonix is adding to its investor list for what is likely to be one of the region’s largest funding rounds this year. 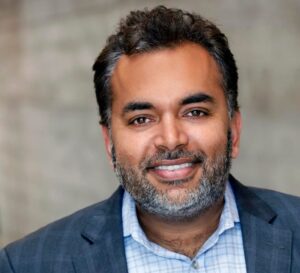 The announcement from the security analytics, operations, and response platform comes amid rapid growth. While not disclosing specifics, Securonix said it has seen a 100% increase in SaaS annual recurring revenue. It added that it currently serves five of the Global Fortune 10 companies and has been seeing “record customer demand” amid the pandemic. The company said the new investors will help it “build and expand relationships with existing customers and partners.

⟫ Dallas has a new oil and gas company that’s forming with a significant investment.

“We believe that clean-burning natural gas will continue to play an important role in the energy mix, driving global demand, upstream production, and accompanying midstream infrastructure,” Dormer said in a statement.

⟫ After landing a $43 million Series B round in March, a Dallas-based cryptocurrency mining startup has raised fresh funding. 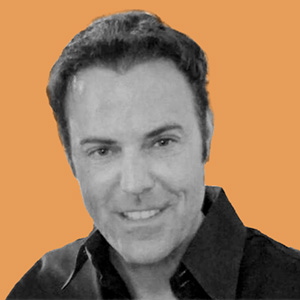 Blockmetrix, which focuses on mining bitcoin, raised $20 million in debt financing from BankProv and CrossTower, bringing its total funding to more than $70 million. The company said the money will help it buy more mining equipment and invest in joint ventures. Currently, a majority of Blockmetrix’s mining rigs are in Oklahoma, but according to the Dallas Morning News, Blockmetrix will be moving them to Texas in the near future.

Co-founder and company manager David Kiger told the DMN that Blockmetrix eventually plans to go public—and the company sees Texas as the next potential bitcoin mining capital. In addition to having relatively low energy costs, the state has taken steps like legally defining what a virtual currency is and establishing a public-private blockchain-focused work group 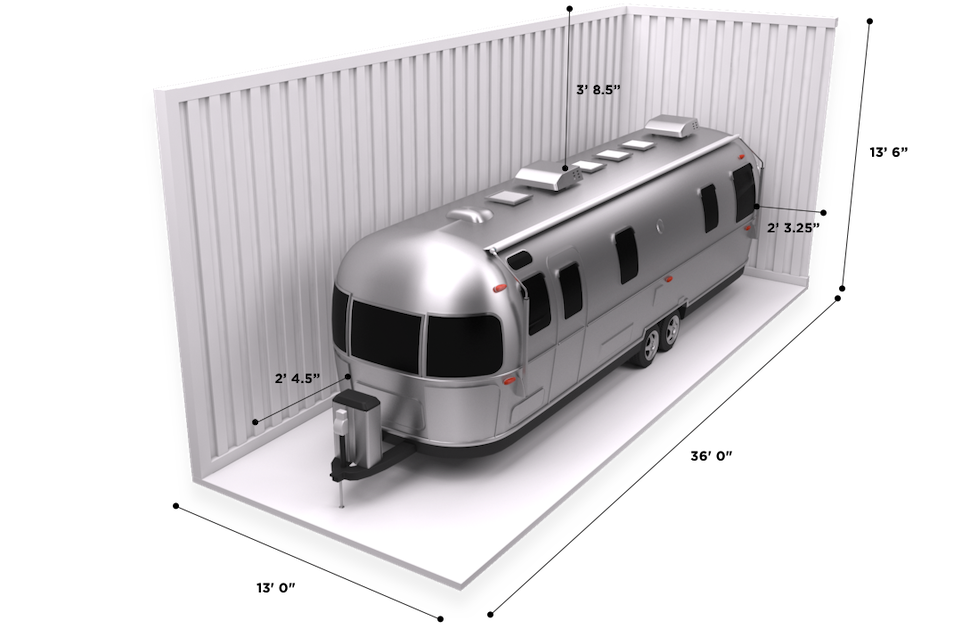 ⟫ Dallas-based Recreational Realty, a leading owner, operator, and developer of RV and marine storage facilities, has made news recently by expanding into Florida and making several leadership hires. Now it’s lined up a pathway to further acquisitions and growth by securing a $300 million credit facility.

The startup—founded in 2020 by former CyrusOne CEO Gary Wojtaszek—announced it secured the syndicated revolving credit facility led by Truist Securities and Citizens Bank. The facility allows Recreational Realty to borrow up to $300 million assuming certain conditions are met.

Founder and CEO Tiffany Ricks says HacWare was one of ten chosen to participate in Techstars NYC in 2019, a global three-month program that helps early-stage startups and their founders. [Photo: HacWare]

With the new funding, which brings HacWare’s total to $2.5 million, founder Tiffany Ricks (above) is focused on building out her team. While not disclosing the company’s head count, Ricks said she plans to triple the number of HacWare employees in areas like engineering, sales, and marketing, with many of the new hires coming from the DFW area.

⟫ The SWAN Impact Network, a social- and environmental-focused impact angel network with chapters in Dallas, invested in a combined $4.2 million pre-seed and seed round for Milwaukee-based decarbonization startup Advanced Ionics. According to Wisconsin Inno, the funding, led by Clean Energy Ventures, will help Advanced pilot its industrial electrolyzer technology as it ramps up its commercialization efforts next year.

⟫ Plano-based LeadsOnline, a company helping law enforcement with online investigations, is expanding its coverage in the U.S. and Canada with the acquisition of Florida’s Business Watch International, which helps investigators track stolen item sales. Financial terms of the deal were not disclosed. However, Business Watch CEO Dion McArthur will join the LeadsOnline team as a senior advisor. LeadsOnline said it will operate separate businesses in the U.S. and Canada to comply with local laws.

⟫ With a new leader at the helm, Dallas’ Frontera Group has made a new acquisition as it seeks to uplist from the OTC markets to the Nasdaq. The tech-focused acquisition company announced scooping up the intellectual property of media streaming company Intellimedia Networks for an undisclosed amount. Frontera said the IP includes technology focused on augmented and virtual reality, along with other immersive innovations. The announcement comes as Frontera has tapped Bayou Moon Capital co-founder Andrew De Luna as its interim CEO, CFO and vice chairman. Former CEO Mann Yamm will remain on with Frontera as board chairman.

⟫ Dallas’ Unleashed Brands has made its fifth acquisition in nine months.

The parent company of franchises focused on creating entertainment and engagement experiences for kids, including Urban Air Adventure Park and Snapology, is getting into the esports game by scooping up North Carolina-based youth esports franchise XP League for an undisclosed amount.

With Unleashed as its parent company, XP will continue to offer coach and player training, along with hosted tournaments in titles like Fortnite, Rocket League, and VALORANT. Its founder Jay Melamed will join Unleashed’s leadership under founder and CEO Michael Browning, a board member of the International Franchise Association who formed Unleashed last year.

⟫ In an all-regional deal, Dallas-based private equity firm Congruent Investment Partners announced acquiring Waxahachie’s American Industrial Services, which provides maintenance and repair services for industrial plants. Terms of the deal were not disclosed. According to American Industrial founder Shane Boston, the company’s core team will remain in place, with Congruent adding to various elements of its business. 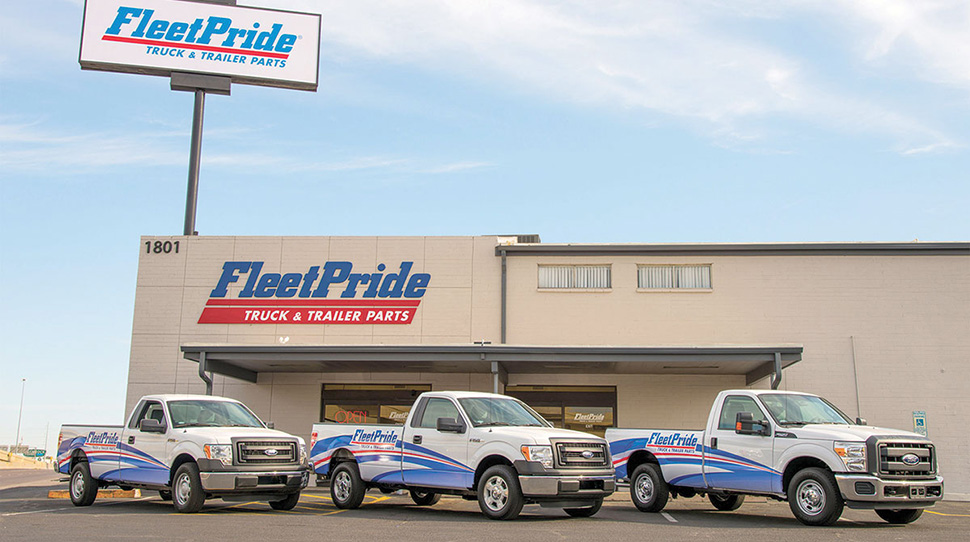 ⟫ FleetPride, an Irving-based distributor of truck and trailer parts, has more than 300 locations with its acquisition of Louisiana’s Murray Diesel Repair, which provides driver and fleet services in Texas, Arkansas, and Louisiana. Terms of the deal were not disclosed. The announcement comes on the heels of FleetPride’s acquisition of New York-based Portville Truck & Auto Repair.

⟫ Irving-based blank check company Breeze Holdings Acquisition is looking to extend the date of its combination with D-Orbit S.p.A., a space logistics and transportation company. If approved by shareholders at a meeting this week, the combination of D-Orbit and the SPAC will close before September 26. Breeze initially announced its plans to acquire the Italian-based company in January, at the time giving it a valuation of nearly $1.3 billion. Upon closing the deal, the combined company will trade on the Nasdaq Capital Market under the ticker DOBT and be owned by a joint stock venture governed by the laws of the Grand Duchy of Luxembourg. 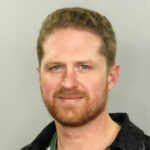 ⟫ After launching in 2019 and raising a $4 million seed round led by Reach Capital last year, Fort Worth-based social-emotional learning and mental health startup Rhithm has been acquired by California’s Securly, which is owned by Golden Gate Capital. Terms of the deal were not disclosed. Rhithm, which tracks K-12 students’ health, serves more than 1.25 million students, according to Fort Worth Magazine. Last May, Rhithm co-founder and President Jake Gannon told NTX Inno that the company was projecting about $2 million in revenue in 2021.

⟫ Fort Worth’s Novaria Group, a maker of specialty hardware for the aerospace and defense industries, announce plans to acquire Connecticut-based FMi Chemical, a manufacturer of aerospace sealants, compounds, and coatings for an undisclosed amount. The move will mark Novaria’s second acquisition this month. Following the acquisition, which is expected to close this month, FMi will be led by its COO Nancy Daigle.

⟫ Fort Worth- and San Francisco-based investment giant TPG has acquired a majority stake in New York shareholder engagement and governance advisory firm Morrow Sodali. Terms of the deal were not disclosed. Morrow said the move will help it accelerate its future hiring and acquisition efforts.

⟫ Dallas’ ConneXion360, a health care-focused broadcasting and recruiting network, has been acquired by Ohio-based health care professional engagement firm Relevate Health. With the acquisition, Relevate will more than 185 brands across 24 hospital systems nationwide. The move marks Relevate’s third acquisition since 2020. Terms of the deal were not disclosed.