An Arlington homebuilding giant has scooped up a public firm to help conserve water in houses across the Southwest.

Vidler focuses on acquiring and developing water rights in states like California, Arizona, and New Mexico, converting them to municipal and industrial uses. D.R. Horton has operations in 32 states and closed on more than 81,600 homes last year through its brands, which include Emerald Homes, Express Homes, and Freedom Homes.

“Vidler owns a portfolio of premium water rights and other water-related assets in the southwestern United States in markets where D.R. Horton operates that require water for development, but face a lack of adequate supply,” D.R. Horton said. “Vidler’s highly experienced management team has a proven track record of accessing, developing, and realizing value for premium water assets while expertly navigating local regulations and working with governmental entities.”

⟫ A Plano firm that says its mission is “delivering badass cybersecurity” services aims to accelerate its growth with a new, massive investment.

Critical Start, which focuses on managed detection and response (MDR) solutions, announced raising a more than $215 million strategic growth investment from Austin firm Vista Equity Partners at a time when it says the “threat landscape” is escalating across the globe.

With the new funding, Critical Start says it will continue its growth trajectory by investing in its tech, product, and services offerings, in addition to reaching a broader range of large and mid-sized enterprises. It also said it plans to grow its headcount. The company currently has a team of about 250, and aims to increase that by about 35%.

The last time Critical Start raised funding was 2019, when it landed a $40 million minority investment from growth equity firm Bregal Sagemont, which helped it expand into offices in Los Angeles and New York City, adding to the 14 other markets Critical Start operates in.

⟫ An Addison-based company is on a mission to give consumer insights to brands while helping nonprofits fill their coffers.

HundredX, a data analytics firm focused on market share strategy, announced landing a Series D round that brings its total funding to more than $80 million from big-name investors, including billionaire Charles Schwab, as it looks to build out its platform.

In addition to Schwab, who’s acting as an individual investor and not as part of his role as chairman of the financial firm, the latest funding round for HundredX includes previous backer Clark Hunt, the chairman and CEO of FC Dallas and the Kansas City Chiefs. Hunt said that HundredX has helped FC Dallas youth teams raise hundreds of thousands for scholarships and equipment. HundredX also counts John Hayes, former CMO at American Express, as a previous backer. 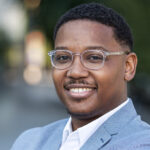 ⟫ Impact Ventures wants to make Dallas a hub for “underestimated” founders by providing funding that helps break down the structural barriers to raising capital for women and people of color. Using non-traditional funding routes to democratize access to capital and creating community wealth, the Dallas-based nonprofit accelerator is targeting a $20 million goal for its Dallas Inclusive Capital Fund.

With an underwriting process based on relationships and with part of its return on investment measured in things like enterprise health, economic justice, and community impact, the integrated capital fund already has between $3 million and $4 million in soft commitments. Ultimately, Impact Ventures will seek to make pre-seed investments of $100,000 and seed-stage investments between $250,000 and $500,000, along with loans between $50,000 and $250,000.

⟫ Blitz Ventures, an Irving-based firm focused on energy brokerage services for commercial businesses, reported raising $2.1 million in equity from a single investor for a new fund. The firm is owned by Sierra Energy Holdings, which itself is owned by Dallas’ Vistra Energy. Based on previous filings, Blitz last reported raising $5 million in 2018.

⟫ Dallas Fort Worth International Airport has inked a more than €200 million ($216 million) 10-year contract with French mobility company Alstom for it to provide operation and maintenance services for its SkyLink automated people mover system. Alstom has been working with the airport since 2000 and helped it open SkyLink in 2005. The airport was recently named the second busiest in the world by the Airports Council International, with the SkyLink system carrying more than 20 million passengers per year.

⟫ Unleashed Brands, the Dallas-based owner of entertainment and engagement experiences for kids, is making a new acquisition aimed at teens. The company announced acquiring Kentucky’s Class 101, a franchise business focused on helping high schoolers plan for college, for an undisclosed amount. Class 101 will join other companies under the Unleashed umbrella, including Urban Air, Premier Martial Arts, Snapology, and The Little Gym. Unleashed launched last year as a youth enrichment platform aimed at creating “fun and enriching environments to help kids learn, play, and grow.” It’s led by Michael Browning Jr., a board member of the International Franchise Association.

⟫ Addison’s VAI Architects is merging with Michigan-based Harley Ellis Devereaux (HED), the architecture and engineering firm behind places like Ford Motor Company’s Robotics Building at the University of Michigan, in a move that will combine VIA’s staff with HED’s Dallas office—one of eight it has across the country. And it says it’s planning to hire more to further build out the combined team. The two firms have a shared commitment “to create positive impact for clients and the greater community,” said HED CEO Peter Devereaux, who expects the move to create new opportunities across a number of market sectors. VAI focuses on areas including the civic, transportation, and education sectors. 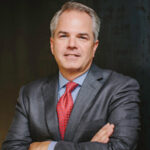 While terms of the deal were not disclosed, Godspeed says it is a control investor and targets companies with between $3 and $30 million in EBITDA. Huckabee will continue to be led by CEO Chris Huckabee, as the firm says it plans to grow organically and through acquisitions in the future.

⟫ TPG, the Fort Worth- and San Francisco-based alternative asset management giant, was involved in two big deals this week.

At the beginning of the week, the firm joined Insight Partners, Temasek, and Sixth Street in funding the $6.2 billion all-cash acquisition of Connecticut-based Datto, a software and security services firm, by Miami IT management software company Kaseya.

TPG followed that by leading a $200 million Series F funding round for Boston-based Salsify, a commerce experience management platform, through its TPG Tech Adjacencies fund, bringing Salsify’s valuation to $2 billion. As part of the move, TPG Managing Director Arun Agarwal will join Salsify as a board observer.

⟫ Beating out more than 1,400 applicants from more than 100 countries, Aideé Granados, the founder and CEO of Plano-based organization ROSAesROJO, which focuses on providing health and wellness education to Hispanic women, has been tapped as one of 18 to join Echoing Green’s fellowship program, which helps support social impact-focused entrepreneurs. In addition to joining the ranks of other fellows including Michelle Obama, Granados will receive an $80,000 stipend to support ROSAesROJO’s growth. Echoing Green was launched in 1987 by growth equity firm General Atlantic.