Cien Inc. gets $3.5M in seed funding round

Plano-based Cien Inc., a provider of AI-powered sales productivity solutions, announced that it completed a $3.5 million seed funding round that it will use to accelerate it’s market presence in North America.

The seed round was led by Elaia, a Paris, France-based venture capital and private equity firm, with a $1.2 million investment. There was also participation from the company’s founders and private investors.

Cien said that in conjunction with the transaction, Xavier Lazarus, a partner at Elaia, will join its board of directors.

Cien’s solution allows B2B companies to improve the effectiveness of their sales teams by applying artificial intelligence to their CRM data. The company said it provides plug-and-play software that calculates more than 100 million predictions a day to reveal tens of millions of dollars in lost sales opportunities.

Richardson-based startup Theatro has raised $12.1 million in equity funding, according to a filing with the U.S. Securities and Exchange Commission.

Theatro is a provider of in-store mobile workforce communication and management solutions for retailers, as well as wearable computer, communication, in-door location, and analytics services.

In April, Dallas-based seed fund retail accelerator RevTech Ventures invested in Theatro, which, according to Crunchbase, has raised more than $20 million in total.

Addison-based Pioneer Health Systems LLC, the holding company for all Direct Orthopedic Care (DOC) services, announced in a filing with the U.S. Securities and Exchange Commission that it’s raised $45 million of a $60 million equity round.

Direct Orthopedic Care—which calls itself the nation’s only vertically integrated orthopedic healthcare system—is a chain of walk-in, immediate access orthopedic clinics that are open seven days a week with no appointment needed. Dallas-Fort Worth locations are in Denton, Southlake, Frisco, Las Colinas, and West Plano.

Hypergiant Industries gets funding from Sumitomo and Perot Jain

The funding comes a little more than a year after Hypergiant’s launch, as the company continues its rapid growth in the industrial artificial intelligence sector—expected to generate $13 trillion in global economic activity in 2030, according to a McKinsey report. Hypergiant launched out of stealth in February 2018.

Hypergiant said it’s on pace to be one of the fastest tech companies to reach $100 million in realized revenue. In its first year, Hypergiant grew from four employees to more than 130 and reached eight-figure revenue.

Go here to learn more about the new funding.

Bios Partners, a Fort Worth-based private equity firm, was the lead investor in a $36 million Series C funding round for Lung Therapeutics, an Austin-based biotech company.

The funding will be used to take Lung Therapeutics’ treatment for a serious complication of pneumonia through Phase 2 studies, according to FierceBiotech.

Bain Capital Double Impact, the impact investing arm of Bain Capital, announced that it has made an investment in Fort Worth-based Rodeo Dental & Orthodontics, a group-practice provider of specialty dental services to Texas families.

The partnership and investment will enable Rodeo Dental to expand patient access to high-end, oral healthcare services. No terms of the private transaction were released.

Dallas Mavericks owner and billionaire investor Mark Cuban is one of the investors in an undisclosed funding round for Zoobean, a Washington, D.C.-based creator of reading app Beanstack. 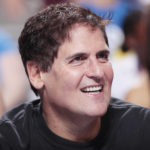 The startup intends to use the money to integrate voice technology in its software and mobile app to reach more users in homes, libraries, schools.

Cuban was the first investor in Zoobean after its founders, Jordan Lloyd Bookey and Felix Brandon Lloyd, impressed him in 2013 on an episode of Shark Tank.

“Over the past six years, I have worked with Jordan and Felix as they have grown and developed Zoobean, demonstrating their ability to pivot their approach to ensure that the company is successful in helping schools and libraries create a culture of reading,” Cuban said in a statement. “It’s exciting to follow their progress as they take Beanstack to the next level, to reach an increasing number of kids and families.”

A fast-casual dining chain, Pei Wei moved its headquarters from Arizona to Irving in 2017. The move was one that CEO J. Hedrick called a “no-brainer.”

Pei Wei has roughly 4,000 employees and operates 167 company-owned restaurant locations as well as 26 franchised locations. It is owned and managed by Lorne Goldberg, who also owns 165 Asian restaurant concept stores—including Pick Up Stix, Leeann Chin, and Mandarin Express—in 23 states, according to a report in the Dallas Business Journal.

Dallas-based hotel company Ashford Inc. announced that it will buy the hotel management business of Dallas-based Remington Holdings LP in a deal valued at $275 million, payable by the issuance of that amount in a new Series D convertible preferred stock.

The deal must be approved the company’s board of directors.

“The proposed acquisition of Remington’s high-margin hotel management business will immediately add scale, diversification, and an enhanced competitive position for Ashford in the hospitality industry, while also expanding the breadth of services we offer to our advised REITs,” Monty J. Bennett, Ashford’s chairman and CEO, said in a statement.

Argon Medical Devices acquires distributor in the U.K. and Ireland

Frisco-based Argon Medical Devices Inc., has completed the acquisition of Manatech Ltd., the company’s exclusive distributor for the United Kingdom and Ireland.

Argon is a global manufacturer of specialty medical devices used in interventional procedures.

“The acquisition of Mana-Tech, Ltd. represents a compelling growth opportunity to expand our commercial reach in the UK, Ireland, and throughout Europe,” George Leondis, president and CEO of Argon Medical Devices, said in a statement. The Mana-Tech team, including its management, sales, customer service, and distribution groups, will join Argon as part of the deal.

Dallas-based Integrity Marketing Group announced it that has agreed to buy Emrick Insurance Marketing Group, an insurance marketing organization based in Illinois.

Integrity is the nation’s largest independent distributor of life and health insurance products to the senior market.

The company said that as part of the deal, Emrick co-owners and siblings Brenda Emrick-Kennedy and John Emrick will become owners of Integrity.

No financial terms of the private transaction were released.

Dallas-based Hero Pet Brands is being acquired by Manna Pro Products, a St. Louis-based manufacturer and marketer of pet care and nutrition.

Manna Pro said that the acquisition will bring new customer segments and retailer relationships, an enhanced research and development function, and a stronger international footprint. Hero Pet Brands is a family-owned business that provides products to pet owners, including nutrition, grooming, waste pickup, and cleanup.

The acquisition also provides Manna Pro with new customer segments and retailer relationships, as well as an enhanced research and development function and a stronger international footprint.

Dallas-based COMSovereign Holding Corp., a developer of 4G LTE Advanced and 5G communication systems and solutions, announced that David Knight has been appointed chief executive officer, president, and a director of the company....

Dallas-based COMSovereign Holding Corp., a developer of 4G LTE Advanced and 5G communication systems and solutions, announced that David Knight has been appointed chief executive officer, president, and a director of the company....