Also in this weekly roundup of research and development news, you’ll find out how $500,000 in grants is helping a UTA research team study bridges’ effects on stream ecology and safety during floods.

This week, a researcher from the UT Southwestern Medical Center presented the results of an international Phase 3 clinical trial on cystic fibrosis (CF) that has the potential to turn a deadly disease into a manageable condition. 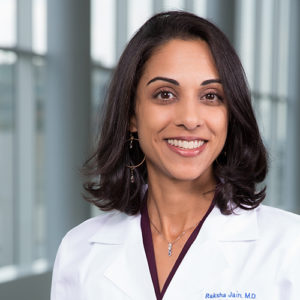 Dr. Raksha Jain made the presentation at the North American Cystic Fibrosis Conference in Nashville, Tennessee. UT Southwestern was one of 115 sites participating in the trial in which scientists determined that a three-drug combination called Trikafta improved lung function and reduced symptoms in CF patients who have a single copy of the most common genetic mutation for the disease.

“This three-drug combination was highly effective in people with cystic fibrosis who inherited the Phe508del CFTR mutation, improving health outcomes and symptoms,” Jain said in a statement, referring to the NEJM study on those with one mutated copy of the gene.

In October, the U.S. Food and Drug Administration approved the therapy based on the results of the study, which was published in the New England Journal of Medicine. A companion investigation appearing simultaneously in The Lancet reported on people with one or two copies of the mutation.

Jain, associate professor of internal medicine at UT Southwestern Medical Center, is a corresponding author of the NEJM article and an investigator on The Lancet study, according to a statement. Jain presented both studies at the North American Cystic Fibrosis Conference in Nashville this week. CF, a chronic, progressive, and frequently fatal genetic disease affects the respiratory and digestive systems in children and young adults. Persons with CF have a shortened lifespan.

READ NEXT: Discovery: Agrilife Expansion Focuses on Food and Water, UTA Gets a $2.3M Grant for Composites

A new book by a Texas Christian University research psychologist examines the effects hormone-based birth control has on women’s brains. 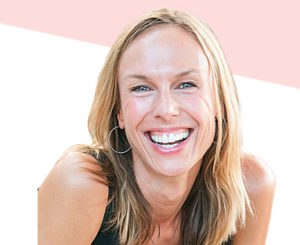 According to the Dallas Observer, Dr. Sarah E. Hill’s book, “This Is Your Brain on Birth Control: The Surprising Science of Women, Hormones, and the Law of Unintended Consequences,” hormone-based birth control has a more nuanced and widespread effect on women’s brains than most people might think.

And, until recently, the Observer points out, the full range of hormone-based birth control’s impact has been ignored or hasn’t been studied, despite the fact that understanding it is critical to the health of women.

“This book, hopefully, it’s going to give women a lot of self-understanding, and also really an appreciation for how amazingly complex and well functioning our bodies really are,” Hill told the Observer.

Hill said she would like women to use her book to understand their bodies and to make well-informed decisions about their health.

There are many birth control options, and Hill said she hopes her book will offer women a better way to understand why a certain type of birth control isn’t working and why another type might be a better fit for that individual.

UTA prof gets $500K in grants for bridge-related studies

Using grants worth more than $500,000, a University of Texas at Arlington researcher’s team will study the impact of bridge construction projects on stream ecology and the safety of bridges during floods.

The grants awarded to Habib Ahmari came from the Texas Department of Transportation (TxDOT). Ahmari, civil engineering assistant professor of instruction, noted in a statement that his team will conduct a baseline study of stream morphology and aquatic habitat before a bridge is built, and then will study what happens during bridge construction and after it is completed.

Ahmari and his team, which includes UTA civil engineering Associate Professor Xinbao Yu, expect to develop a predictive model for TxDOT that it can use to determine downstream ecological impacts of bridge construction to support more effective project planning.

“Sediment release from bridge construction might change the sediment loading in receiving streams and cause habitat to suffer downstream of these bridges,” Ahmari said in a statement. “We have to determine the impact of bridge construction on freshwater mussels, which are natural filters of the water in rivers and streams. It’s a very important species to have in a river or stream because it shapes the ecosystem and clarifies water for other species.”

The team will partner with Texas A&M AgriLife Research for two and a half years on the project, working with Dallas-based scientists Charles Randklev and Fouad Jaber, who are both co-principal investigators on the project.

Ahmari’s second grant will study the impact that flooding has on bridges. Ahmari’s team includes prof. Simon Chao and assistant prof. Michelle Hummel, both of UTA’s Civil Engineering Department. Texas has the largest U.S. bridge inventory, with 54,338 bridges used for public vehicular traffic, according to a 2018 TxDOT report. Flooding causes about 50 percent of all bridge failures, Ahmari said in a statement.