Mike Huseman has joined Dallas-based Tango, a provider of in-store lifecycle management and integrated workplace management software solutions, as its chief sales officer, according to a statement.

Huseman has experience in growing global enterprise business development teams. He plans to support Tango’s leadership in helping retail and corporate organizations with their real estate, lease accounting, and facility management strategies. In his new role, Huseman is expected to manage global sales and business development activities, according to a statement.

Before coming to Tango, Huseman was senior vice president of global field sales, operations, and business development at EnterpriseDB.

Clarus hires VP of sales for Europe, the Middle East, and Africa 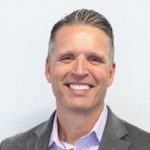 Chris Buck has been named as the new vice president of sales for Europe, the Middle East, and Africa by Clarus, a glassboard manufacturer headquartered in Fort Worth.

Buck comes to Clarus from Steelcase where he was vice president of sales for the East Business Group and Government Solutions, according to a statement.

Buck has nearly two decades of experience in the office furniture industry and has developed multiple sales teams.

Founded in 2009, Clarus calls itself a pioneer of premium visual communication and collaboration systems and the largest glassboard manufacturer in the world. 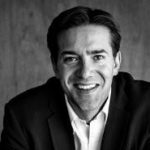 Cole Gahagan has been selected as president of Content, Revenue and Enterprise Solutions for Learfield IMG College, a Plano-based provider of content and commerce solutions in collegiate athletics, effective Jan. 6.

Currently, Gahagan is the chief commercial officer for Fanatics Inc. At Learfield, he is expected to report to Learfield IMG College president and CEO Greg Brown, according to a statement.

Before working at Fanatics, Gahagan was the chief revenue officer for Ticketmaster, and the senior vice president of business development and strategy for Live Nation. 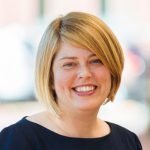 Katherine Stenesen has been named chief development officer at the Perot Museum of Nature and Science, effective Jan. 13.

Stenesen comes to the museum after working for the United Way of Metropolitan Dallas since 2012, where she most recently served as its chief development officer, according to a statement.

Under Stenesen’s direction, United Way of Metropolitan Dallas saw growth in its major gifts and investments. Stenesen led the fundraising team to secure more than $60 million in annual commitments through corporate campaigns, corporate gifts, community giving, and major gifts, according to a statement. 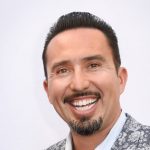 Joshua Arce will become the new president and chief executive officer of Addison-based Partnership With Native Americans, a nonprofit serving the needs of and supporting long-term solutions for Native Americans living in reservation communities.

Arce is expected to assume the post effective Jan. 6, according to a statement. The organization’s current president and CEO, Robbi Rice Dietrich, previously announced her retirement after seven years with the nonprofit.

Arce is a citizen of the Prairie Band Potawatomi Nation and previously served on PWNA’s board of directors. He will now oversee operations for the Native-led and Native-serving nonprofit. 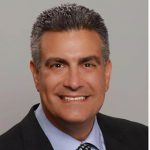 Goodman Networks, a Frisco-based provider of installation services for electronics brands and retailers, has appointed Daniel Pidgeon as its president of home services, according to a statement.

The appointment of Pidgeon emphasizes Goodman’s commitment to diversifying and retaking its workforce to deliver tailored experiences for homes through installation platforms designed for their respective objectives and products, according to a statement.

Goodman Networks’ installation solution is designed to keep pace with the value of the globally recognized brands. 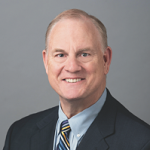 Methodist Health System has named Jim Scoggin as its chief executive officer after he served as the company’s interim CEO since April, reports D CEO.

He succeeds Stephen Mansfield, who helmed the Dallas-based health system for 13 years.

Scoggin brings 34 years of healthcare experience to the role, including several years as president of the Hospital Corporation of America’s North Texas Division, reports D CEO. 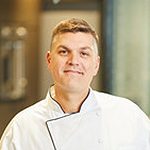 Irving-based Avocados From Mexico announced that David Spirito is its new senior director of culinary and foodservice.

He will be responsible for guiding the strategy and execution of the organization’s foodservice department, which operates the Avocados From Mexico Culinary Center and oversees AFM’s foodservice operations such as TACOS Por fAVOr at Miami’s Hard Rock Stadium and AvoEats at American Airlines Center in Dallas, according to a statement.

Spirito brings with him more than 25 years of experience in the hospitality industry—most recently as senior director of global food and beverage innovation for Plano-based TGI Fridays. 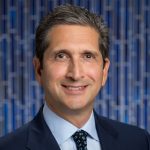 Michael “Mike” Ramirez has been appointed as the executive vice president and chief financial officer for Dallas-based Venture Metals International, a provider of recycling solutions for the industrials, manufacturing, energy, and metals sectors.

He is expected to report to CEO Mike Uhrick, according to a statement. Venture Metals is a portfolio company of Mill Rock Capital.

Ramirez will be responsible for financial planning, financial operations, accounting, risk management, and information technology, as well as for integrating the financial functions of Venture Metals and Versatile Processing Group, which Venture Metals acquired in partnership with Mill Rock Capital earlier this year.

Paul Metcalf will assume the role of acting chief merchant at Dallas-headquartered Tuesday Morning Corp., effective immediately, according to a statement.

Metcalf has been working with Tuesday Morning as a part-time consultant since April. The transition is expected to formalize Metcalf’s role within the company. Metcalf will continue to be the owner and principal of BEL Retail/Wholesale Advisors while serving in this position for Tuesday Morning, according to a statement.

Tuesday Morning is an off-price retailer specializing in products for the home, including home textiles, home furnishings, housewares, food, toys, and seasonal décor. It operates more than 700 stores in 39 states.

New members include top-level executives from Comerica Bank, KPMG, PepsiCo, the PGA of America, and Vistra Energy, according to a statement.

New United Way of Metropolitan Dallas Board of Directors members include:

The new United Way Foundation of Metropolitan Dallas board member is Stacy Nahas, the audit business unit partner in charge at KPMG Dallas. 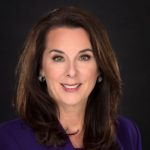 Amy Meadows has been promoted to CEO of Parks for Downtown Dallas by its trustees, D CEO reports.

Parks for Downtown Dallas is a privately operating foundation focused on the development of four priority parks. Previously, Meadows served as president of the foundation.

“The trustees are extremely grateful for the steady, effective and aspirational leadership Amy has provided over the past four years,” Chairman Robert W. Decherd told D CEO. “With the highly-successful development of Pacific Plaza, opened to the public on Oct. 14, Amy and the Parks for Downtown Dallas team have demonstrated how a public-private partnership can operate at the highest level.”

Decherd noted that under Meadows’ direction, the organization is on its way to delivering four “extraordinary urban neighborhood parks for the citizens of Dallas” by the end of 2022. 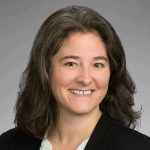 Regina M. Uhl, a real estate attorney and regulatory expert in Texas document preparation, has joined the Sandler Law Group as a partner.

Uhl is licensed as an attorney in Texas, Kentucky, and Illinois and is certified by the Texas Board of Legal Specialization for her expertise in the area of residential real estate law, according to a statement.