You’ll also find news from the University of Texas at Dallas, Southwestern Medical Foundation, Tenet Healthcare, Dallas Museum of Art, THEO Executive Group, and The Arnold Cos. in this report on leadership and executive activity in North Texas. 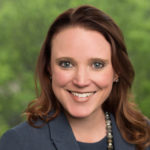 Christina Bailey has joined MTX Group Inc. as its new chief financial officer and will be based at the company’s Frisco office.

Albany, New York-based MTX is a global cloud implementation partner that enables organizations to become “a fit enterprise through digital transformation and strategy.”

Bailey joins the company with a proven track record in strategic executive leadership, MTX said in a statement. Before joining MTX, Bailey was CFO of Humphreys & Partners Architects in Dallas.

Winter to lead Applications Software as CEO in Dallas 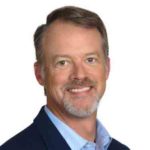 Justin Winter has been appointed as chief executive officer of Illinois-based Applications Software Technology LLC and will lead the company from its Dallas office.

Pravin Kumar, AST’s founder and past CEO, has been named vice chairman and will be responsible for strategic planning and acquisitions.

Winter has more than 25 years of regional and global experience in leading IT service organizations.

Prior to AST, Winter spent 15 years at Hitachi Consulting where he held multiple leadership positions. 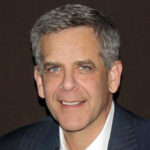 DeFeo will succeed Andy Janowski, who will return to his job as chairman, according to a statement. J.Hilburn was founded in 2007.

Most recently, DeFeo was CEO of Worth Collection, where for than a decade, he led the women’s luxury fashion apparel private brand. 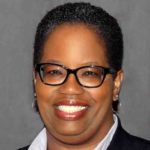 Stephanie G. Adams has been appointed as the fifth dean of the Erik Jonsson School of Engineering and Computer Science at the University of Texas at Dallas.

Her appointment is effective Aug. 1. Adams was a professor of engineering management and systems engineering at Old Dominion University and dean of its Frank Batten College of Engineering & Technology.

Adams holds a PhD in interdisciplinary engineering from Texas A&M University, and serves as president of the American Society for Engineering Education. 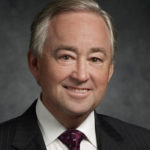 James R. Huffines has been elected chairman of the board of trustees of Southwestern Medical Foundation.

Southwestern Medical Foundation is a public healthcare charitable corporation that advances progress in medicine, primarily at UT Southwestern Medical Center and its related institutions. It connects donors with innovative programs, manages philanthropic funds, and builds engagement on the need for quality medical education, research, and clinical care, according to a statement.

As chairman, Huffines will work closely with Foundation President and CEO Kathleen M. Gibson to lead the board in growing the foundation’s impact and reach.

Pitts to retire as vice chairman of Tenet Healthcare 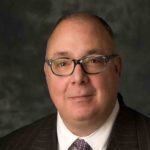 Pitts, who joined Tenet in 2013, will serve as an advisor to the company for the next two years to ensure a smooth transition, Tenet said in a statement. Tenet is a national diversified healthcare services company.

“Keith has made numerous contributions to Tenet, our predecessor organizations, and the broader healthcare industry during periods of significant change and transformation,” Executive Chairman and CEO Ron Rittenmeyer said. 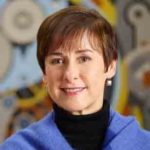 Sue Canterbury has been promoted to curator from associate curator of American art.

Canterbury is an eight-year employee of the museum and has overseen its collections of Spanish Colonia and modern Latin American art. 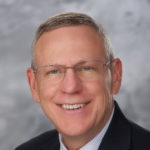 Jack Cox, M.D., MMM, has been appointed as the newest senior adviser at the THEO Executive Group, a transformational healthcare advisory based in Irving.

Cox is an expert in improving healthcare quality and patient experience. He will focus on helping healthcare leaders to drive transformation in their organizations, according to a statement. 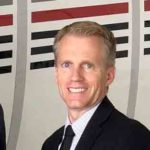 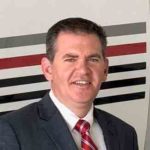 The Arnold Companies announced the promotion and appointment of two key positions within its aviation divisions TAC Air and Keystone Aviation, a TAC Air company.

Joe Gibney has been appointed vice president and chief operating officer for TAC Air, an aviation ground services company. He will report directly to Greg Arnold, Chairman and Chief Executive Officer of The Arnold Companies. Gibney will oversee the business management of Keystone Aviation.

Aaron Fish has been promoted to lead Keystone Aviation as vice president and chief operating officer and will report to Gibney. Keystone Aviation is the intermountain west’s biggest provider of aircraft charter, management, maintenance, and parts.