Across North Texas, companies are promoting and hiring people for leadership positions.

Dallas Innovates covers prominent personnel moves in Dallas-Fort Worth businesses and nonprofits—from the newest startups to well-established companies. Here are the people moves tied to innovation and technology in the region. 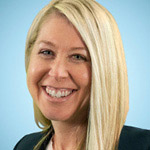 Plano-based movie theater giant Cinemark Holdings has named Melissa Thomas as its new executive vice president and chief financial officer, effective Nov. 8. She succeeds Sean Gamble, who was promoted to president on July 28, but will be named CEO on Jan. 1, 2022.

Thomas most recently held the same role at Groupon. Before being appointed CFO, she was the coupon company’s chief accounting officer and treasurer, and earlier, VP of Commercial Finance. Prior to her career at Groupon she held a wide range of senior finance positions within Surgical Care Affiliates and Orbitz.

“Melissa’s sound business acumen, diverse financial expertise, strong communication skills, and varied industry experience will provide significant strategic value to our company as we continue evolving Cinemark for ongoing long-term success in a post-pandemic landscape,” Gamble said in a statement. “Melissa will be supported by a skilled and tenured worldwide finance organization, and I anticipate a seamless transition as I step into the CEO role at the beginning of next year.”

AMN Healthcare gets a new CFO 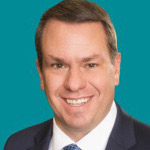 Knudson joins AMN Healthcare from At Home Group, Inc., where he served as CFO and executive vice president of Supply Chain, a role in which he was responsible for all accounting, FP&A, treasury, investor relations, and internal audit activities. Before that, he held several leadership positions at CVS Health and CVS Caremark Corp., including SVP of Finance and retail controller.

“The AMN leadership team and Board of Directors are thrilled to have Jeff Knudson joining our organization during this time of fast growth and strategic importance in our evolution. Jeff brings very valuable healthcare and other sector expertise that will help our organization to continue to build and execute on our mission and financial goals,” Susan Salka, president and CEO of AMN Healthcare, said. “In addition to the proven high caliber of expertise Jeff brings to AMN, we’re confident he is a perfect match for the values-based, highly engaged, fast-paced culture at AMN.” 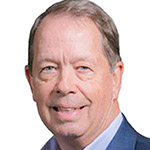 Richardson-based Genesis Resources, an executive search and recruitment firm focused on the insurance industry, has added Randall Hedlund to its team as the chief operations officer.

Hedlund is an experienced insurance industry expert who previously served in a variety of roles at U.S. Risk and NSM Insurance Group, driving organizational growth by developing programs, allowing for a high level of organic growth, and implementing changes to shift to a performance-based culture. At Genesis, he will be tasked with building interdepartmental success within Genesis and its partners.

“The industry of professional level recruitment is constantly evolving. Having an expert manager and business leader like Randy join our team only proves that we are continuing to head in the right direction,” Trey Hugley, Genesis president, said in a statement. “The addition of Randy to our team continues to enhance the professional development of everyone we impact and the growth of every company that calls Genesis a partner.” 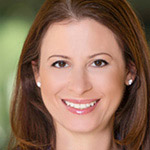 Dallas’ Munck Wilson Mandala is expanding its patent litigation team with the addition of a new partner, Amy LaValle.

LaValle has 18 years of legal service, in which she represented clients in patent litigation and other intellectual property matters. Previously, she was a partner at Wick Phillips in Dallas, and before that, worked for global law firms like Gibson, Dunn and Crutcher in Dallas and New York, and Jones Day in Dallas.

“Amy has a very impressive background and diversified practice,” Mike Wilson, MWM’s chair of patent litigation, said in a statement.  “She is an outstanding addition to our team.”

Plano’s Tyler Technologies, the leading public sector provider of integrated software and technology, has added IT leader Kevin Iwersen to its team as chief information officer.

Iwerson brings years of experience in managing tech infrastructures for corporations and the public sector, including statewide judicial courts, statewide executive government agencies, and U.S. military organizations. He joins Tyler from the Idaho Judicial Branch, where he also served as CIO, and the U.S. Air Force Reserves, where he retired as CIO/Squadron Commander (Lieutenant Colonel) in 2014.

Belie has more than 25 years of experience in finance, healthcare, security, and software development tools, which most recently includes 13 years as a director of software engineering at Jack Henry & Associates Inc. Prior to that, he was the president of Order One Software.

At MD7, which has deep roots in mobile networks, Belie will be tasked with scaling its industry-leading LiveTrack operations platform. His goal is to further expand MD7’s efficiencies and insights for its customers’ global, changing landscape, according to Mark Christenson, MD7’s president of international who was also CTO before Belie. 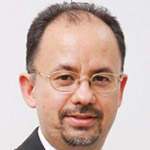 Irving-based Caris Life Sciences, which develops technologies that aim to revolutionize healthcare, has added Andreas S. Tsukada to its team as senior vice president, president of Japanese Operations, and head of International.

Tsukada will lead Caris’ growing international expansion. In Japan, he will oversee operations, market development, biopharma partnerships, and strategic initiatives, while supporting Caris’ molecular profiling collaboration with the National Cancer Center Japan for the largest cancer genomic screening consortium there. He joins Caris from Guardant, and has more than 20 years of experience in oncology and diagnostics across the U.S., Europe, and Asia-Pacific.

“Caris is at an important inflection point as we continue to extend the company’s global reach and expand into liquid biopsy testing,” Brian Brille, vice chairman of Caris, said in a statement. “[Andreas’] expertise in the international marketplace developing clinical and biopharma relationships will further advance our mission to provide physicians with the most comprehensive and innovative treatment options for cancer patients worldwide.”

FreeSpace adds to its advisory board 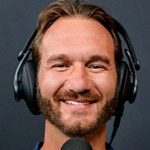 Vujicic, who was born without arms or legs, has inspired millions worldwide throughout his journey of rising above an incredible obstacle of life with no limbs. He created a Social Emotional Learning Curriculum called “Attitude Is Altitude,” in which he incorporates emotional intelligence with intellectual intelligene.

His addition to the board will further the platform’s mission to “solve the social dilemma by shaping positive culture through unifying actions, without harmful or manipulative algorithms or biased agendas.” 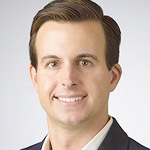 Dallas-based CollateralEdge, a new fintech that offers community and regional banks an automated risk management solution, has brought Matt Mallet and Brandon Pabalate onto its team as the SVP of product and director of risk and compliance, respectively.

Mallett has spent the past 15 years originating and structuring complex debt transactions across large-cap to mid-cap companies. Most recently, he was a managing director at Elm Park Capital, where he was responsible for investment origination and evaluation. Before that, he was with Bank of America Merrill Lynch in the investment banking division. 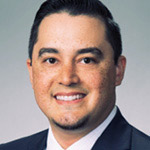 Pabalate has more than 10 years of experience in the financial services industry. He joins CollateralEdge from Vista Bank, in which he was the enterprise risk officer overseeing several risk management functions. Prior to that, he served as a safety & soundness examiner for the Federal Reserve Bank of Dallas and led commercial and trust examinations of supervised institutions.

CollateralEdge recently emerged from stealth today with a fintech platform that could boost local economies across the U.S. by helping commercial banks increase lending capacity for small to mid-sized companies nationwide. You can read more about that here.

Wright will be responsible for the strategy and execution of Triumph Business Capital’s product-related activities in his new role. He will be tasked with leading and facilitating the creation of products and overseeing all areas of product development and delivery. He most recently was the head of Product for Capital One’s flagship consumer auto website, Auto Navigator.

“Rob’s experience delivering innovative experiences to a wide range of customers will play an integral role in Triumph’s reimagined experience for the transportation industry and beyond,” Brenner said in a statement. “Rob’s leadership will be invaluable in our efforts to discern the needs for our internal and external customers and translating them into an intuitive, world-class product suite.”