Dallas-Fort Worth Is Home to Six Nobel Laureates

This past October, Dr. Aziz Sancar became the first University of Texas at Dallas alum to win a Nobel Prize. Sancar, who earned his PhD in molecular and cell biology from UT Dallas in 1977, was awarded the 2015 Nobel Prize in Chemistry, along with fellow scientists Tomas Lindahl and Paul Modrich, for detailing how cells continuously monitor and repair damaged DNA on a molecular level. Importantly, Sancar’s work has applications in the development of new cancer treatments.

“The Nobel Prize is a crowning achievement in the career of any scientist, and we are immensely proud that UT Dallas played a key role in Dr. Sancar’s success as both a scientist and a teacher,” said UT Dallas president ad interim Dr. Hobson Wildenthal, at the time the award was announced.

Little did we know: DFW is currently home to six Nobel Laureates. That’s the most of any city in Texas.

Today, Dr. Sancar lives in North Carolina, where he teaches Biochemistry at the University of North Carolina at Chapel Hill. While the UT Dallas-produced Nobel Prize winner no longer lives in Dallas, Sancar’s recent award got us thinking: how many Nobel Laureates live in Dallas-Fort Worth?

Little did we know: DFW is currently home to six Nobel Laureates. That’s the most of any city in Texas.

Five of those Laureates are currently leading research efforts in their respective fields at The University of Texas Southwestern Medical Center at Dallas, while another serves as the founding director of UT Dallas Science and Engineering Education Center (SEEC).

Additionally, two In Memoriam Nobel Prize recipients, Jack St. Clair Kilby and Alan MacDiarmid, also called Dallas home. Kibly, who died of cancer in June 20, 2005 at the age of 81, was awarded the Nobel Prize in Physics in 2000, while working at Texas Instruments. Dr. MacDiarmid, who won the Nobel Prize in Chemistry in 2000, joined the UT Dallas faculty in 2002 where he worked until his passing in 2007.

Learn more about the Nobel Laureates who currently call Dallas home, the impact their work has had, and, of course, why they were bestowed the highest of honors. And be sure to share how Dallas and its universities are producing, attracting, and hosting Nobel Laureates who are leading innovators in their fields. 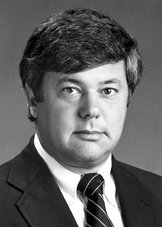 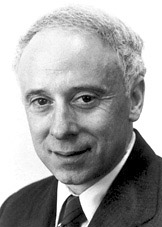 The Award: Drs. Michael S. Brown and Joseph L. Goldstein were awarded the 1985 Nobel Prize in Physiology or Medicine for “their discoveries concerning the regulation of cholesterol metabolism.” The dynamic duo first met in the late 1960s during their medical residencies at the Massachusetts General Hospital. They later worked together at the National Institutes of Health, where their partnership grew over a shared enthusiasm for the card game duplicate bridge. Brown and Goldstein were with UT Southwestern Medical Center at Dallas, when they were jointly awarded the Nobel Prize.

Why It’s Important: Brown and Goldstein’s research paved the way for the development of statin drugs, which are used to lower cholesterol to reduce the risk of heart disease, stroke, and other cholesterol-related diseases. Used by more than 16 million Americans, they are the most widely prescribed medications in the United States.

Where They Are Today: Drs. Brown and Goldstein are two of the most widely cited scientists in the world, and continue to develop groundbreaking research at UT Southwestern Medical Center at Dallas. Brown is an endowed professor of molecular genetics and director of the Jonsson Center for Molecular Genetics, and Goldstein currently serves as the university’s chairman of the Department of Molecular Genetics. 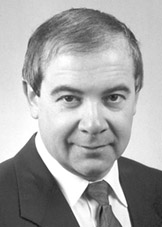 The Award: Johann Deisenhofer was awarded the Nobel Prize in Chemistry in 1988, along with fellow scientists Professor Robert Huber and Dr. Hartmut Michel “for the determination of the three-dimensional structure of a photosynthetic reaction centre.” Deisenhofer was a member of the scientific staff at the Howard Hughes Medical Institute, and with the Department of Biochemistry at UT Southwestern Medical Center at Dallas, at the time he was awarded the Nobel Prize.

Why It’s Important: The three-dimensional structure created through Deisenhofer’s research has significantly helped explain the process of photosynthesis, a process The Royal Swedish Academy of Sciences, which awards the Nobel Prize, considers the most important chemical reaction on earth. His research also uncovered a likeness between the photosynthetic processes of plants and bacteria.

Where He Is Today: Johann Deisenhofer currently holds numerous distinguished roles, including regental professor and professor in the Green Center for Systems Biology and the Department of Biophysics at UT Southwestern Medical Center at Dallas. According to the university’s website, “Dr. Deisenhofer’s ongoing work is helping UT Southwestern advance medical science at the molecular level, by determining the structures of proteins involved in disease.” 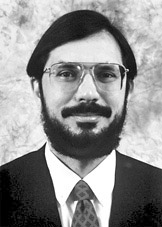 Why It’s Important: When The Royal Swedish Academy awarded Hulse with the Nobel Prize in 1993, it said his new type of pulsar was “a discovery that has opened up new possibilities for the study of gravitation.”

Where He Is Today: Dr. Hulse jointed the faculty of UT Dallas in 2004. He is the founding director of the Science and Engineering Education Center (SEEC), a regental professor and associate vice president for strategic initiatives at UT Dallas. 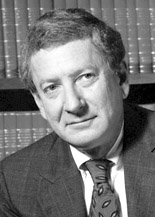 UPDATE: On December 23, one day after we published this story, Nobel Laureate Dr. Alfred G. Gilman passed away after battling a long illness. All of us at Dallas Innovates would like to recognize Dr. Gilman’s contributions to science, UT Southwestern, and the entire DFW community. We will keep Dr. Gilman and his family in our thoughts.

The Award: Biochemist Alfred G. Gilman shared the Nobel Prize in Physiology or Medicine with Martin Rodbell in 1994 “for their discovery of G-proteins and the role of these proteins in signal transduction in cells.” Dr. Gilman was chairman of the Department of Pharmacology at UT Southwestern Medical Center at Dallas, and an elected member of the National Academy of Sciences when he won the Nobel Prize.

Why It’s Important: Gilman’s research unveiled aspects of how cells communicate, specifically, how they receive and respond to external stimuli, which is one of the human body’s most important processes.

Where He Is Today: Gilman has served as executive vice president for academic affairs, provost, and dean of UT Southwestern Medical School. Today, he continues to serve the university as regental professor of pharmacology. 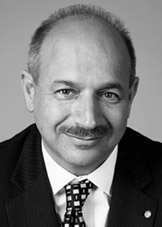 The Award: Dr. Beutler won the 2011 Nobel Prize in Physiology or Medicine, along with scientists Jules A. Hoffmann and Ralph M. Steinman, for “their discoveries concerning the activation of innate immunity.” Beutler was with the UT Southwestern Medical Center at Dallas, when he was awarded the Nobel Prize.

Why It’s Important: Innate immunity refers to things in our bodies that immediately defend against unwanted germs and potential infections, like skin or cells that attack unwanted and uninvited cells. Dr. Beutler’s work sparked a large volume of research that has revealed several new avenues for prevention and therapy against infections, cancer, and inflammatory diseases.

Where He Is Today: Today, Dr. Beutler serves as a regental professor for the University of Texas System and is Director of the Center for Genetics of Host Defense at the UT Southwestern Medical Center at Dallas.