Gig Wage and Green Dot want to bring modern banking to the gig economy. In leveraging Green Dot's Banking as a Service technology, Gig Wage will be able to design and deploy its own customized banking and money movement solutions, as well as its own debit card.

Craig Lewis is the CEO and founder of Gig Wage. [Photo: Michael Samples]

Gig Wage, the Dallas-based pioneer in simplifying payroll for the gig economy, has raised a $7.5 million Series A round to boost its seamless, reliable banking platform.

The funding was led by Green Dot, a financial technology and bank holding company based in Pasadena, California. Additional participation comes from Continental Investors, Techstars, and Rise of the Rest, among others.

But the deal goes beyond just an investment—Green Dot will now serve as an infrastructure bank partner to Gig Wage, allowing the startup to add Green Dot’s solutions to its instant payments platform for gig workers and the huge number of underbanked Americans.

As Bloomberg reports, the problem of underbanking is urgent for Black people, who make up 35 percent of the statistic, verus only 11 percent of White people.

Gig Wage and Green Dot want to create an infrastructure that allows everyone to access their money. Together, the companies hope to offer the first-ever “comprehensive end-to-end solution for the gig economy.”

Gig Wage wants to shape the modern financial infrastructure for what its team calls the ‘Future of Work.’ The fintech is built to tackle complex challenges around contractor payroll, payments, and compliance.

In leveraging Green Dot’s Banking as a Service technology, Gig Wage will be able to design and deploy its own customized banking and money movement solutions, per a news release. That will allow the startup to move forward in introducing its own debit card, which it says has no monthly fee, free online bill pay, free cash withdrawals at more than 19,000 ATM locations, and free cash pick-up at more than 7,000 retail locations.

Gig Wage also plans to release other new products and tools specifically tailored to workers and employers in the gig economy. It’s a growing customer base, one that has only accelerated throughout the COVID-19 pandemic.

“The 1099 economy is exploding, and Gig Wage is thrilled to bring a truly comprehensive solution to market,” Craig Lewis, the founder and CEO of Gig Wage, said in a statement. “As we laid the foundation to offer financial infrastructure for the ‘Future of Work,’ it was abundantly clear Green Dot was the best partner for us to help the most people.”

Lewis and his team have piggybacked off of COVID accelerating modern touchless payment technology and branchless banking. Because most essential workers are 1099 contractors—and part of the under-banked community, the team says—the partnership with Green Dot will allow Gig Wage to immensely help these front-line workers.

The startup has already experienced rapid expansion with a nearly 30 percent month-over-month growth in all facets of the business.

According to Lewis, Green Dot will help Gig Wage provide financial social safety net for gig workers everywhere. It will also allow the Dallas fintech to catalyze its mission to increase the GDP of the gig economy.

“The fast-growing gig economy presents tremendous demand and opportunity for enhanced banking and payments tools and experiences,” Dan Henry, CEO of Green Dot, said in a statemenet. “We’re thrilled to partner with Gig Wage to grow this vertical and empower gig workers and their employers with faster, more seamless financial solutions.”

Currently, the gig economy pays around 65-75 million people as independent contractors, per a news release. That amounts to an estimated $2 trillion in transactions.

But, the Gig Wage teams says, the payroll structure is designed for traditional work situations—leaving 1099 workers to lose 2-20 percent of their income.

Gig Wage wants to use its on-demand technology to address these issues and help businesses pay 1099 workers in all 50 states.

The startup’s solution benefits both sides of a transaction: It enables employers to instantly pay 1099 workers with more control, flexibility, and scale, and gives independent contractors a convenient and efficient way to receive payments.

It also takes a broader look at how money moves throughout the entire gig ecosystem, taking into consideration accounts receivable, banking, accounts payable, consumer spending, and the people that the money impacts.

The startup was founded by Lewis in 2014 to navigate the money side of contractor-dependent businesses. 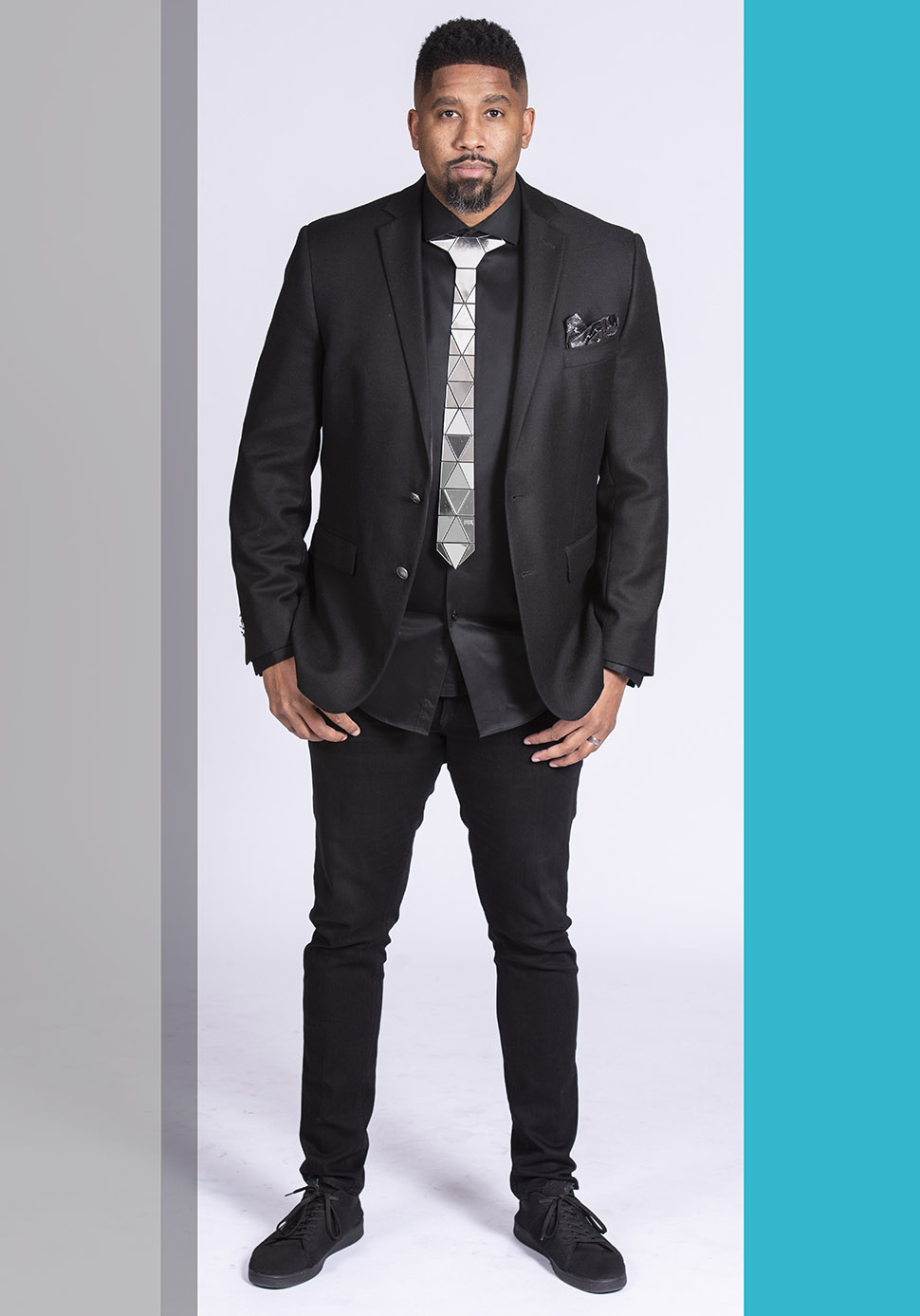 In January, Lewis was named one of our Future 50 innovators and disruptors you need to know in North Texas. [Photo: Michael Samples]

Earlier this year, he and his team decided to use their own skill sets and pent-up energy to step up amidst the movement against social injustice and systemic racial inequity. They began been spending nights and weekends building a platform that helps educate people on “qualified immunity.”

A Minimum Viable Product (MVP), the project will automate the ability to apply pressure to Congress, so that people can push to end a “precedent set by the Supreme Court to make it almost impossible for government officials and cops to be convicted.”

As a Black founder in tech, Lewis is passionate about helping others like himself. Though he’s raised money at Gig Wage, he recognizes that less than 1 percent of venture capital is going to Black entrepreneurs, despite the greatest source of wealth creation being VC-backed Black tech companies over the last 20 years.

“This is the time to be bold, not necessarily only about the injustices that are happening, but the amazing things that we’re doing,” he says. “Stories can be told about our successes, wins, innovations, and traction. Stay focused.”