Now you can tweet that CeeDee Lamb TD with greater bandwidth and less RF interference. Installed in the stadium's roof structure, the 20 MatSing lens antennas will deliver 4G and 5G broadband mobile coverage to the entire "seating bowl" and field. It's the largest indoor distributed antenna system (DAS) in the U.S. 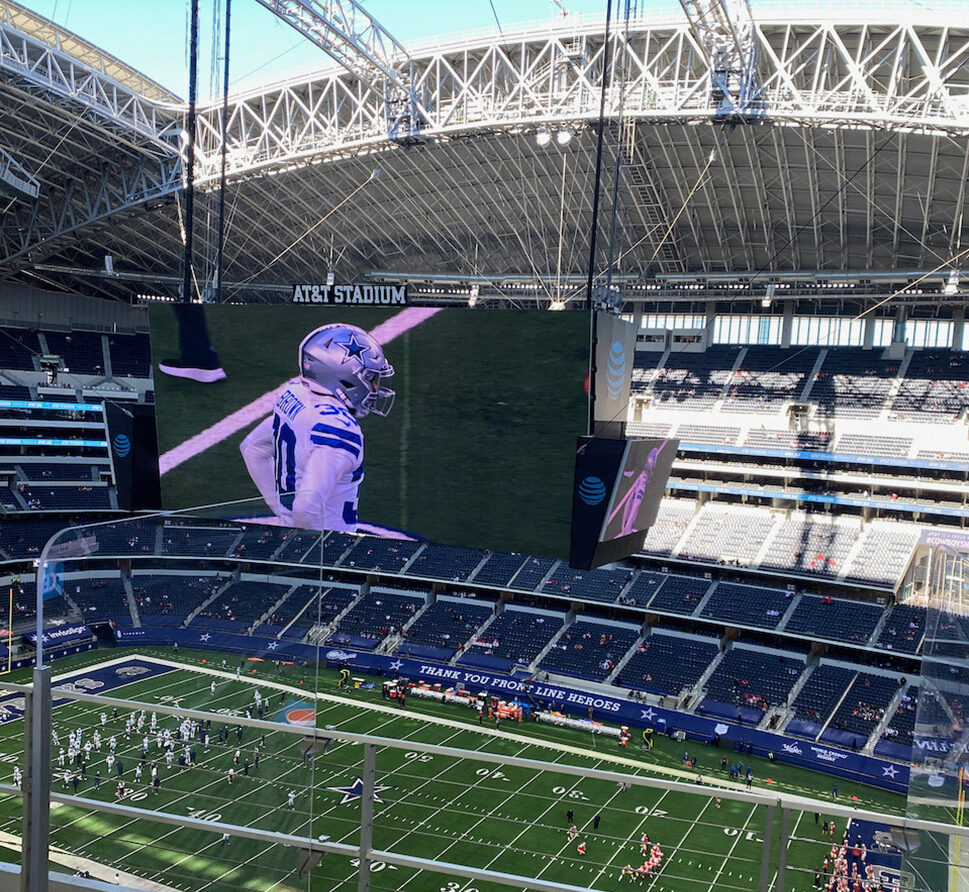 When 105,000 fans pack AT&T Stadium, they need a strong signal almost as much as a Dak Prescott TD pass. Everyone tweets, posts, and Instagrams at the same instant when a Cowboy scores. Now an innovative new antenna design system will give you the bandwidth you need to share “HOW ’BOUT THEM COWBOYS!” with the world.

The Dallas Cowboys and their network provider AT&T have selected MatSing, the world’s leading maker of high-capacity lens antennas, to provide mobile capacity antenna coverage for AT&T Stadium for the upcoming NFL season.

The 20 ball-shaped MatSing lens antennas were actually installed over 16 weeks last  year by ExteNet Systems, and were tested during the 2020 Dallas Cowboys season for reduced crowds, given COVID-19 protocols at the time. They enhance the AT&T systems already in place in the stadium. 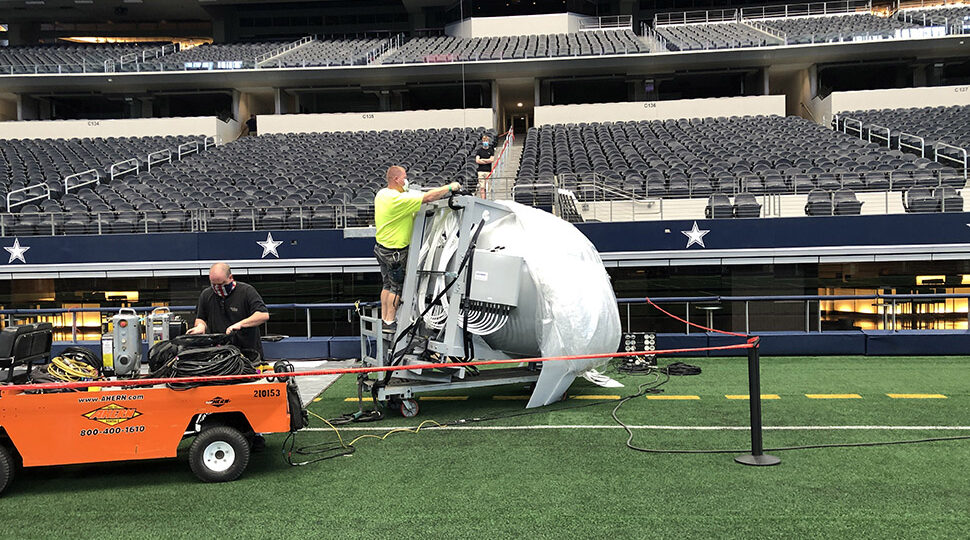 This season Jerry Jones and the Cowboys expect to have AT&T stadium running at full capacity, unless the emerging Delta variant changes the equation. If things go to plan, Cowboy fans’ data needs could set a record.

“With data demands of cell phones continuing to grow exponentially, driven by new apps and technology, our legacy DAS infrastructure couldn’t keep up with those demands,” Cowboys CIO Matthew Messick explained in a statement. “AT&T introduced us to MatSing’s antenna technology, and [we] immediately knew their technology would give us the necessary capabilities with room to grow.”

Fans will now experience never-before-seen performance from their smartphones at the stadium—not just for games, but at concerts and other events that can fill the large field area and create even more demand for social media access. 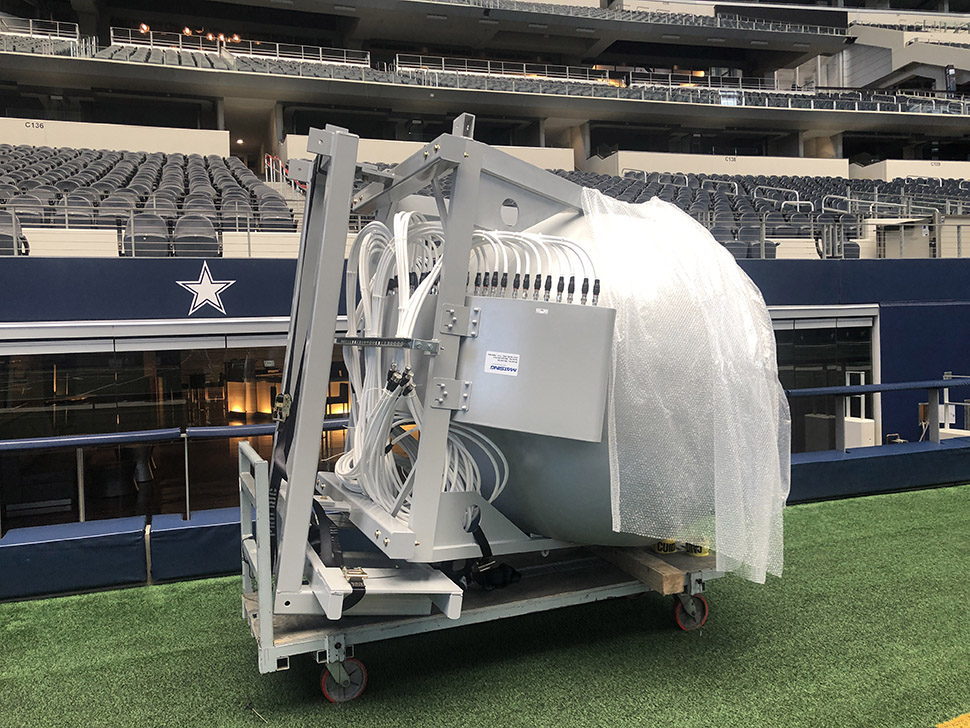 Beaming down from the roof structure 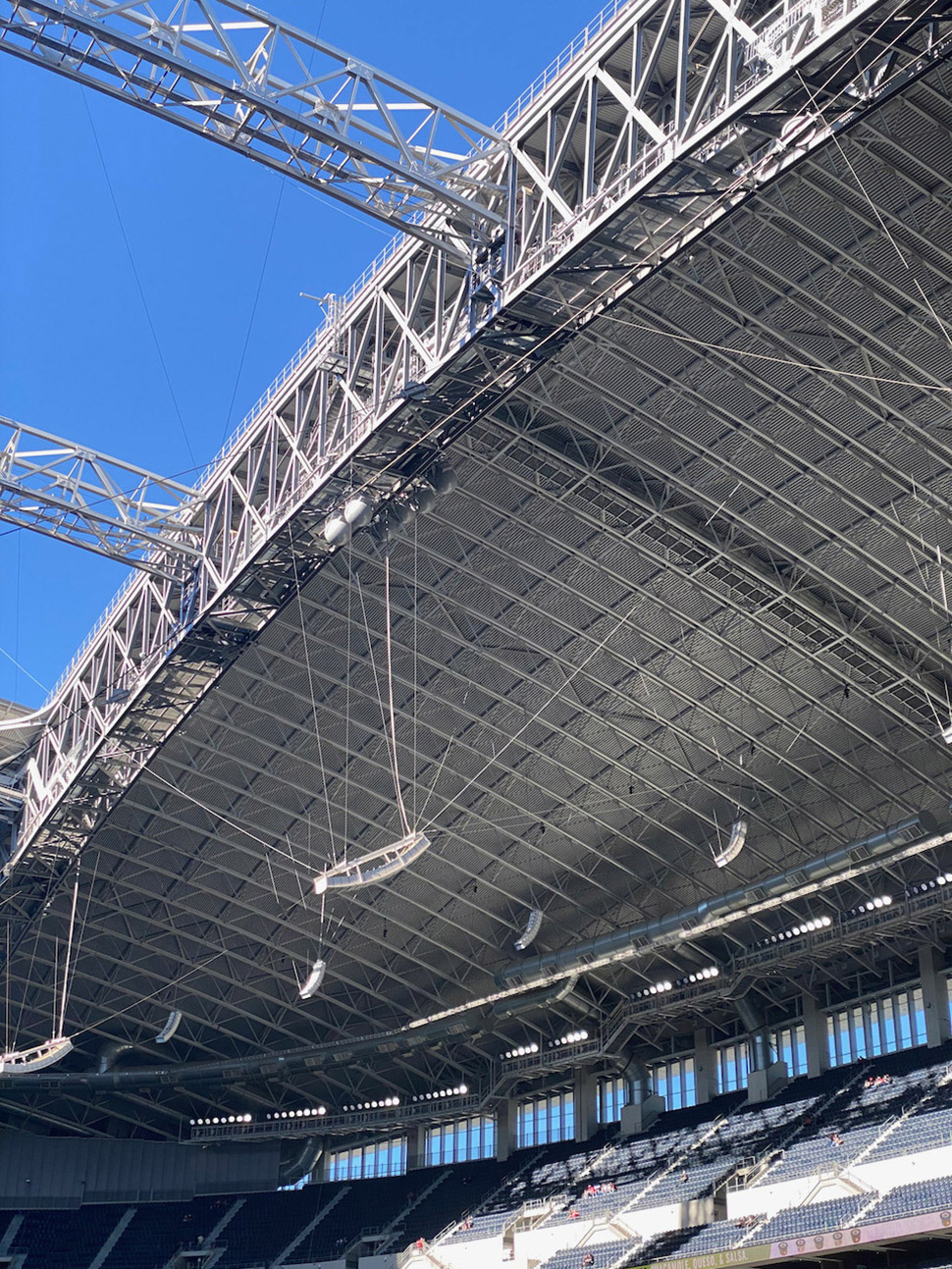 Instead, MatSing’s 20 spherical antennas beam down from AT&T Stadium’s roof structure—with a clear line of site to every fan. The antennas are based on a patented technology that enables each one to provide up to 48 high-capacity coverage sectors.

That means a single MatSing lens can replace up to 48 traditional antennas.

Having just 20 antennas looking down on the game means better AT&T coverage and less interference for fans—and a savings in cost and complexity for the Cowboys. 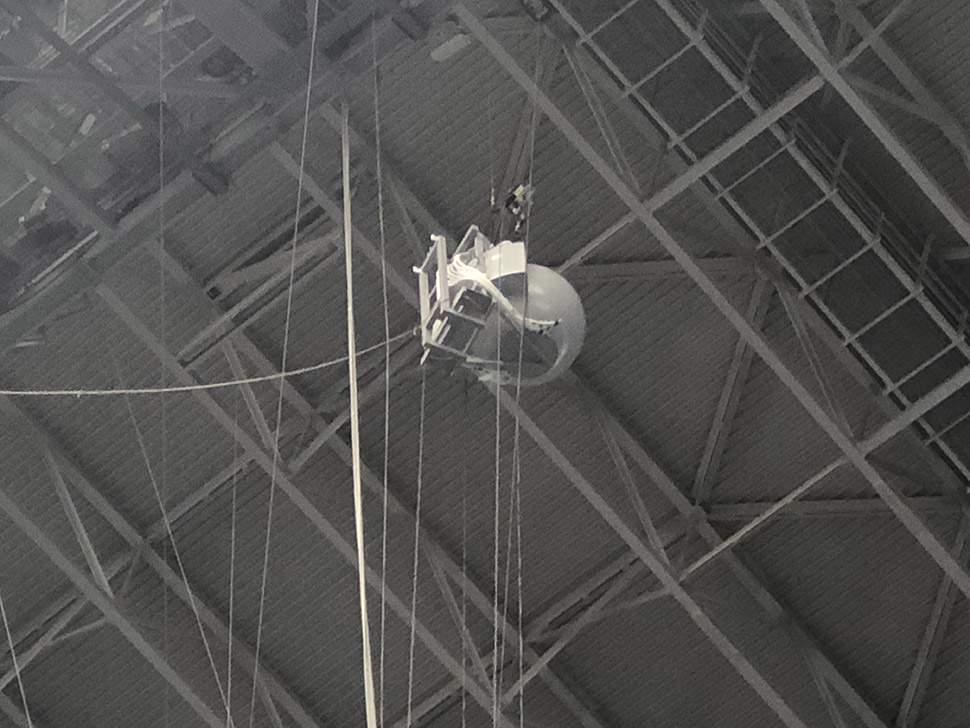 “Even when the stadium is at full capacity, lens antennas will provide a smoother data experience with fewer interruptions for fans who have embraced streaming and sharing as an intrinsic part of their stadium experience,” Matytsine added in the statement.

AT&T, ExteNet, and MatSing will continue to maintain and test the system ahead of the NFL season, ensuring it’s good to go once games count for real.

The next chance for fans to try it is Saturday, Aug. 21, at 7 p.m., when the Cowboys host the Houston Texans in their first home preseason game. The Cowboy’s first home game of the regular season kicks off Monday, September 27, at 7:15 p.m. versus the Philadelphia Eagles.