The (Alcon) Family Tree: How One Company Seeded a DFW Life Science Legacy

Alcon gave rise to a startup ecosystem in North Texas that is spreading into all parts of how drugs, medical devices, and more are created. 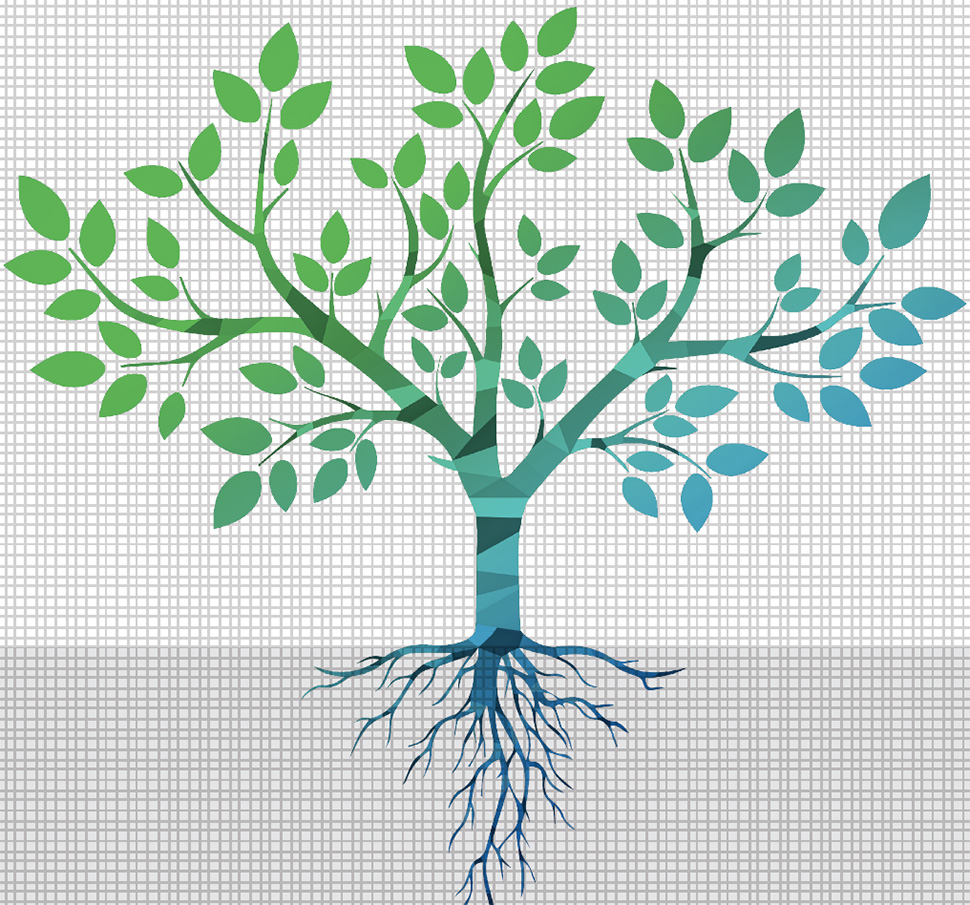 Wearing multiple hats in a startup isn’t easy, especially in the high-risk world of biotechnology.

But Elyse Stoltz Dickerson got a soup-to-nuts education on launching products to dissolve earwax from an unlikely source: Alcon, the eye care products manufacturer with U.S. headquarters that employs around 4,500 in Fort Worth and has revenue upwards of $7 billion a year.

Dickerson, who runs Eosera, the Cowtown company she co-founded in 2015, directed a $1.7 billion product group at Alcon, where she oversaw brands for things such as dry eyes and ocular nutrition. She worked on everything from finance to manufacturing, something she says helped her understand how the entire company functioned.

“Because of my experience, I knew how to ask the right questions and what was expected out of those business functions,” she says.

Recently, Eosera announced it developed three new products in 2019, saw sales grow 128 percent year over year, and developed relationships with new distributors for 2020 to help its products hit shelves nationwide. According to a statement, the startup’s sales are continuing to grow as the new year begins.

Eosera is one of at least nine area companies that people with Alcon ties have started or in which people hold leadership positions. In 2017, another business run by an Alcon alum, Fort Worth’s Encore Vision, sold for $465 million to Alcon’s most recent owner, Swiss pharmaceutical giant Novartis.

It’s no secret that Texas Instruments and Collins Radio spawned much of the technology industry in Dallas and Collin counties. Yet even natives of this area may not know how Alcon’s local operation helped foster the life science industry in Tarrant County and beyond.

As top accelerators help startups grow and find success, Alcon has a legacy of helping in the creation of some of the region’s most promising startups. Its history spans seven decades of innovation and talent development.

“It’s a collection of top talent in the world of ophthalmology,” says Halden Conner, whose father, William, was one of two pharmacists who opened a Fort Worth pharmacy in 1945 that grew into the world’s largest maker of eye care devices. It also sells surgical and eye care products. The other founding pharmacist, Robert Alexander, created the Alcon brand with William Conner by combining the first syllables of their last names.

After going through several ownership changes over the decades, Alcon became a stand-alone, Switzerland-based business in April when Novartis spun it off. Nestlé acquired Alcon in 1977 for $280 million and sold it to Novartis in 2010 for $28.3 billion. At the time, Nestlé Chairman Peter Brabeck-Letmathe commented on how Nestlé’s support benefited the Fort Worth biotech, saying, “Over the years, Nestlé’s financial and operational support has allowed Alcon’s management to focus on its fantastic development from a minor player to global leadership in ophthalmology.”

He thanked “past and present managements of both Alcon and Nestlé for their work in building such a successful business.” Novartis completed the spin-off of the company this year.

Novartis, which stated that its shareholders received one Alcon share for every five Norvartis shares they held as of April 1, reported that the Alcon vision care business had roughly $3.1 billion in sales during the year ended that Dec. 31, 2017. Alcon estimates that the size of the eye care markets in which it operates was roughly $23 billion in 2017 and it projected growth at about 4 percent per year over the next five years.

Alexander and William Conner “created a culture devoted to excellence in the field,” says Halden, who runs Fort Worth’s Nacuity Pharmaceuticals, a developer of treatments for an eye condition called retinitis pigmentosa. “That has not changed throughout its history.”

An Alcon spokeswoman did not respond to requests for comment.

READ NEXT 13 Companies and Organizations Spawned by Alcon Alumni

Veterans of Alcon tend to excel in early-stage ventures. Though jobs typically get specialized in multinational companies, the company instead has employees work in almost every area of creating drugs and medical devices.

“By starting with research and eventually taking it through preclinical testing, clinical trials, and ultimately commercialization of the product, you get preparation to deal with the full cycle of a pharmaceutical startup operation,” says Suchismita Acharya, who founded and runs Fort Worth-based AyuVis Research.

As Alcon has an entire organization dedicated to scientific research, drug development, and distribution, the Dallas-Fort Worth region has residents with a range of related expertise, from science to marketing and general management.

“This provides a rich pool of talent for local companies,” says Acharya, a former Alcon scientist whose business is developing medications to boost the body’s ability to fight infections and inflammations. “Even retirees are great consultants and advisers to local life science startups.”

An informal network of Alcon alumni can provide specialized help for niche projects.

When David Meadows wanted to build a scan to determine the health of a patient’s retina, he tapped a research group he had worked with when he was a research and development executive at Alcon. He later moved the business, Sentinel Diagnostic Imaging Inc., to Coppell, where he is working with several local partners to build up the organization for commercialization. It’s one of eight companies he’s started since leaving Novartis last decade.

Alcon contacts have been key along the way, such as a group that helped Meadows and his son, Derek, handle quality assurance and setup for the manufacturing of a wine filter the two created.

“They knew it was a short, nine-month stint,” the elder Meadows says of the team of ex-Alconers. “Then they moved on to another company in the pharmaceutical industry.”

Much as in the movie industry, Alcon’s area operation is a talent source for on-demand individuals and teams of people with specialized skills in developing medications and medical devices. It also is a feeder for companies that need seasoned leadership. After a 17-year Alcon career spanning everything from operational finance to corporate giving, Matthew Head became a finance vice president at the Coppell biopharmaceutical maker ZS Pharma.

After drug giant AstraZeneca bought ZS for $2.7 billion, Head became finance chief at Southlake’s OncoNano Medicine. Alcon, he says, gave him experience working both in different finance areas and in conjunction with people from other areas of the business.

“That helped to prepare me for a small company, where finance is only a portion of what needs to be done to help the company succeed,” he says.

It serves a similar function for scientists such as Joe Griffin, who joined Dickerson in co-founding Eosera after a 16-year stint at Alcon.

Griffin, who is chief scientific officer at Eosera, worked in medical affairs at Alcon and helped manage three of its products.

“It allowed me to grow and advance outside of the initial skill set I was hired for by exposing me at a high level to every area of the business, from R&D and marketing to manufacturing and distribution,” he says. “That meant I understood the many facets of a company when I started my own.”

Beyond being a talent hotbed, Alcon supports research and education at area universities such as Fort Worth’s UNT Health Science Center.

“They donated to us a variety of expensive scientific equipment that they no longer needed,” says Abbot Clark, regents professor and executive director of the school’s North Texas Eye Research Institute, or NTERI. “This significantly enhanced the research capabilities and productivity of UNTHSC scientists.”

Alcon has supported its researchers in receiving graduate training at the university, with many of those folks receiving master’s degrees or Ph.Ds., says Clark, himself a former vice president at the business.

Alcon employees have served as adjunct faculty at UNTHSC, and the company previously supported a seminar series at the school that hosted top eye researchers.

“I hope that Alcon will partner with NTERI to become a major national center for discovery vision research and translational medicine,” Clark says. “Together, we might develop novel therapies for a wide variety of patients suffering from ophthalmic diseases.”

Another startup with an Alcon connection is Eyevensys, which has its U.S. operations at UNTHSC with headquarters in Paris, France. The startup is led by CEO Patricia Zilliox, a onetime Alcon executive. 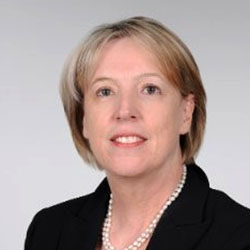 Eyevensys is a privately-held clinical-stage company developing non-viral gene therapies for retinal and other ophthalmic diseases, which recently raised $30 million in Series B funding.

“This funding will assist the further development of our technology and position Eyevensys as an innovator in the field of ophthalmology,” Zilliox said in a statement.

Eyevensys plans to use the funds to continue the development of its clinical lead candidate EYS606 for the treatment of chronic non-infectious uveitis (NIU), including the launch of its Electro Study.

“As we launch the Electro Study, our first U.S. clinical trial, Eyevensys will also have an opportunity to connect with ophthalmology opinion leaders in the U.S. to gain further exposure for our groundbreaking technology platform,” Zilliox said. “This will also move the company one step closer to providing a more effective and convenient treatment approach to ease the burden of managing patients with chronic ocular conditions.”

A version of this story was originally published in Dallas Innovates 2020: The Magazine.