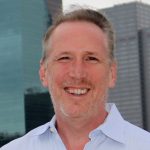 The startup recently announced the release of its “transformative supply chain platform” on Jan. 10. The funds will be used for new product development and a marketing outreach expansion.

“The first mile of the supply chain is highly complex,” Rob Garrison, Mercado CEO and founder, said in a statement. “It involves dozens of companies, departments, and individuals across geographic, cultural, and governmental barriers. Right now, this complexity is being managed via spreadsheets and email. From order placement to order delivered, the first mile is in desperate need of a transformation, and that’s where Mercado comes in.”

Garrison said he is pleased to have LiveOak as the lead investor.

“Their reputation and ‘entrepreneur-first’ approach were exactly the qualities we were looking for in a partner,” Garrison said. “Together with our other investment syndicate partners Schematic, Story, and Amplifier, we have a powerhouse team who will help us to transform the supply chain industry.”

Dallas’ Hilltop Opportunity Partners has acquired a non-controlling interest in the family-owned Moser Energy Systems, a provider of natural gas-powered generators and other distributed power solutions for heavy-duty, remote, and harsh environments like the oil and gas industry.

Hilltop Opportunity Partners is the merchant banking investment arm of Dallas-based Hilltop Holdings Inc. The investment is made in conjunction with an investment in Wyoming-based Moser from WestFront Capital Group.

According to a statement, the Moser family will remain owners in the business, along with Hilltop Opportunity Partners and WestFront.

Irving-based PLH Group said in a filing with the U.S. Securities and Exchange Commission that it raised $25.7 million in an equity and security funding round.

Last year, PLH announced that its subsidiary, Nelson Cos., was awarded a contract to complete the final phases of the Saginaw Trail Pipeline project in lower Michigan.

On The Road Lending touts $4.7M in grants and $11.6M in investments

On The Road Lending, a nonprofit organization launched in Dallas in 2013, announced more than $4.7 million in grants for 2019 and $11.6 million in impact investments, including a loan of up to $10 million from the Goldman Sachs Urban Investment Group.

On The Road Lending helps its clients improve their credit and buy cars with low-interest loans through its loan fund, which is a Community Development Financial Institution certified by the U.S. Department of the Treasury. The funding is expected to support the expansion of On The Road’s successful initiative throughout Texas and underserved communities throughout the Southeastern U.S.

2019 grants to On The Road Lending came from Bank of America, the JPMorgan Chase Foundation, Toyota Motor North America, and Wells Fargo, among others.

Investments in the OTR Fund I, LLC and OTR Fund II, LLC came from Bank of Texas, SVP Dallas, Goldman Sachs Urban Investment Group in the form of a loan, and Inwood National Bank, among others.

“We are grateful to these funders and investors who are helping On The Road Lending fuel economic mobility and long-term success by providing the engine that drives people’s dreams,” On The Road Lending CEO and founder Michelle Corson said in a statement. “They recognize that a car loan through On The Road Lending is life-changing because owning a reliable car increases job opportunities by removing transportation barriers. It also improves quality of life through better access to health care, education, and even healthier food choices.”

The new company will be headquartered in Dallas, according to a statement.

“Our media teams from these three companies have worked together over the years, making this a natural evolution,” Eric Schaefer, newly appointed CEO of Mindstream Media Group and former Southwest Media Group president, said in a statement. “This merger will give us the opportunity to align our talent and full suite of national-to-local media capabilities as we service complex client needs across our offices.”

TPG Growth is selling its stake in Fender Musical Instruments

Here’s a deal that will strike a chord with musicians and music lovers. TPG Growth, which has its headquarters in Fort Worth and San Francisco, has agreed to sell its share in Fender Musical Instruments Corp. to longtime Fender investor Servco.

Founded in 1946 by music legend Leo Fender, California-based Fender is the maker of such guitars as the Telecaster and Stratocaster models, as well as other guitars, amplifiers, and musical products. The transaction should be completed in February, according to Guitar.com.

Sale of Novaria Group to KKR is complete

The sale of Fort Worth-based Novaria Group to global investments firm KKR has closed, according to a statement. Novaria was a portfolio company of Rosewood.

Novaria Group serves more than 500 customers as a premier independent supplier of complex, highly engineered components and specialty processes for the aerospace and defense industry.

Since Rosewood’s first investment in Novaria in 2014, the company has completed numerous additional acquisitions that have expanded its capabilities and product offerings, according to a statement.

Trilogy Circuits LLC has been acquired by Zentech Manufacturing Inc.

Trilogy is AS9100D certified and for nearly 20 years, it has provided high-tech electronics manufacturing services, products, and support to many military prime contractors and other high-reliability industries in Texas and across the nation.

Following the transaction, Trilogy will become Zentech Dallas and join the Zentech family of companies that also includes Zentech Baltimore and Zentech Fredericksburg in Virginia.