Belluscura PLC announced it has raised $2.7 million in its latest fundraising round, giving the London-based company a post-money value of roughly $9 million. 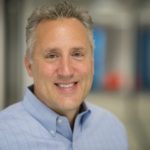 Belluscura, whose U.S. operations are headquartered in Plano, focuses on improving healthcare by developing new enriched oxygen treatment platforms. The latest round began earlier this year with a UK crowdfunding campaign on CrowdCube. Twelve existing shareholders along with 325 new shareholders invested in the company during the last round.

The new funding will be used toward completing regulatory clearance and launching Belluscura’s X-PLOR portable oxygen concentrator, according to a statement.

“We are diligently working toward the commercial launch of the X-PLOR along with filling the product pipeline with additional novel oxygen-enrichment products,” Bob Rauker, Belluscura’s CEO, said in the statement.

Plano-based Systum, a provider of digital operating software for small- to medium-sized businesses, has raised $10.7 million in its latest round of funding.

The round was led by Octopus Ventures, a venture capital firm based in London. In 2018, Systum reported raising $7.5 million in a Series A round led by Underscore VC with participation from Hearst Ventures, according to Crunchbase.

The funding will be used to add new functionality to Systum’s cloud-based software, and to expand its marketing and sales efforts. It is currently the only comprehensive and affordable software solution wholesale distribution SMBs need to run customer-facing operations.

Plano-based Green Brick Partners Inc. has issued $75 million in senior unsecured notes due in 2026 at a fixed rate of 4 percent per annum to Prudential Private Capital in a Section 4(a)(2) private placement transaction.

Green Brick expects to use the net proceeds from the issuance to repay borrowings under its existing revolving credit facilities.

The investment came through TPG Tech Adjacencies, and gives AU10TIX a value of $260 million, according to PE Hub.

Based in Nicosia, Cypress, AU10TIX has shown triple-digit growth generated by growth in its existing customer base along with new customer acquisitions, according to a statement.

Curbio Inc., a Maryland-based real estate technology company that recently partnered with Dallas-based Ebby Halliday Cos., has raised $7 million in Series A funding.

The funding round for Curbio, which specializes in pre-sale home renovation, was co-led by Camber Creek and Brick & Mortar, according to a statement.

The company uses proprietary technology to hasten proposal and project completion time by up to 60 percent. Its platform also brings a modern customer experience by providing real-time project communication and updates via comments, pictures, and video.

Plano-based Diodes Inc. announced that it will acquire Taiwan-based Lite-On Semiconductor Corp., a supplier of “green” power-related discrete and analog semiconductor devices in a deal valued at roughly $428 million.

Diodes Inc. is a global manufacturer and supplier of high-quality application-specific products within the broad markets of discrete, logic, analog, and mixed-signal semiconductors. The deal is expected to close in April.

The acquisition is the next major step in Diodes’ growth plan to reach $2.5 billion in revenue by 2025, according to a statement.

Dallas-based The Pursuant Group, a full-service platform of fundraising and technology businesses, has acquired Causemo, a fundraising intelligence and donor segmentation platform headquartered in Boston, Massachusetts.

The acquisition is a continuation of The Pursuant Group’s efforts to invest in data-driven technology solutions for nonprofits.

“Causemo will play an important role in advancing Pursuant Insights capabilities and our focus on innovatively serving the nonprofit market in the emerging data, analytics, and insights space,” Trent Ricker, Pursuant’s CEO, said in a statement. “Causemo is powerful enough to drive the largest organizations in the industry yet also easily accessible to the smallest organizations that need data-driven fundraising strategies.”

The Causemo deal is the second acquisition of a data-centric software company for Pursuant this year, following the acquisition of Advizor Solutions.

Causemo helps organizations see their data, act quickly on it, and raise more money by identifying and targeting donors who have the ability to give immediately.

According to a statement, Pursuant, which was founded in 2001, plans to hasten investments in Causemo’s product development and will integrate it into Pursuant Insights’ growing suite of analytics and technology solutions to advance the missions of nonprofit organizations. Despite the acquisition, the Causemo office will remain in Boston.

Sabre Corp., the Southlake-based technology provider for the travel industry, announced it intends to close its acquisition of Farelogix on Aug. 21, and has informed the U.S. Department of Justice, which has been performing a lengthy review of the transaction.

Sabre said that should the DOJ decide to seek to block the deal before the expected closing date, it must file its complaint in federal court before Aug. 21.

According to a statement, Sabre is confident in the legal and competitive merits of the deal, and that it ultimately will be completed.

“We are incredibly excited to close our acquisition of Farelogix so that airlines, travel agents, corporations, and travelers can benefit from the end-to-end next-generation retailing solutions we will be able to deliver. This deal will allow us to provide our airline and agency customers with more and better choices, all while we continue to offer and invest in Farelogix’s current suite of products and services,” Sean Menke, Sabre’s President and CEO, said in a statement.

Sabre announced the proposed acquisition in November, and has been working closely with the DOJ to show the value of the transaction to its airline and agency customers, consumers, and the travel ecosystem.

Sabre and Farelogix will drive quicker innovations in the competitive airline technology space as a combined company, and will help airlines accelerate their growth and profitability while serving travelers better.

Rent-A-Center, Inc. announced that it has completed the previously announced acquisition of Merchants Preferred, a nationwide provider of virtual rent-to-own services, in a deal that was reportedly valued at $47.5 million.

According to a statement, Plano-based Rent-A-Center is expected to accelerate its virtual rent-to-own growth through this acquisition.

“Merchants Preferred brings a proven technology platform, scalable infrastructure and a strong centralized retail partner support team that will enable us to execute against our growth goals in the over $20 billion virtual rent-to-own industry,” Mitch Fadel, CEO of Rent-A-Center, said in a statement.

Joe Corona, president and CEO of Merchants Preferred, is joining Rent-A-Center and will continue to lead the company’s virtual strategy.

Trivest’s almost 3,000 customers and more than 300 employees will join ECi’s manufacturing division once the acquisition is complete.

Recently we told you about the rebranding of ECi, including a new company logo, in recognition of two decades of growth since its founding.