Eyeing a public launch later this year, a Dallas-based startup is bringing on new funding.

Backflip, a company providing technology tools and financing to help residential real estate investors acquire, renovate, and list single-family properties, landed $8 million in seed equity and $27 million in debt funding, the Dallas Business Journal reports. The equity round, which will help Backflip build out its team ahead of launching its platform in Texas and Colorado (where it also has operations), was co-led by Vertical Venture Partners and Austin’s LiveOak Venture Partners.

The company launched its beta platform last year, with its app analyzing more than $2 billion in investment properties, the DBJ writes. As part of the funding, LiveOak Founding Partner Krishna Srinivasan and Vertical Managing Director Brad Corona are joining Backflip’s board. 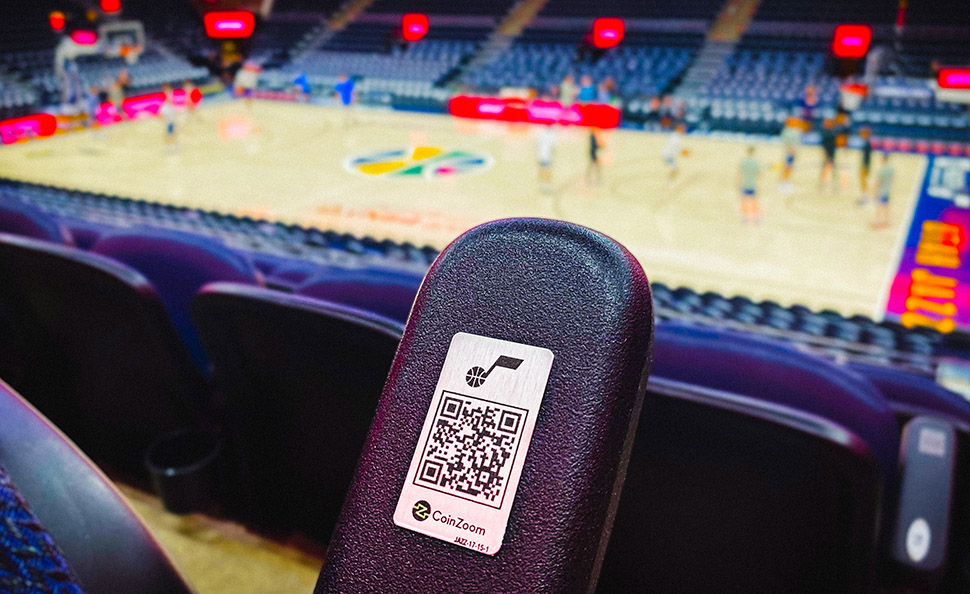 ⟫ As in-person events come back in full-swing, a Fort Worth-based startup is looking to engage fans at event venues while making an impact outside of the stadium, too.

Digital Seat Media, a platform aimed at connecting fans to brands and their favorite teams and artists, is seeking to raise a $5 million funding round to help the company accelerate its growth into more venues across the country, in addition to testing out new use cases for its tech.

The company has already secured $1.5 million for the raise, which will bring Digital Seat Media’s total funding to nearly $11 million from existing backer Half Acre Capital. With the expected new funding, the company aims to grow its team to between 45 and 50 employees, largely focusing on sales positions. Digital Seat Media will then seek to further its expansion into the sports and entertainment space both in the U.S. and internationally, along with eyeing moves into adjacent spaces like non-fungible tokens that give fans access to exclusive content and events and using the platform to enable sports betting at events. 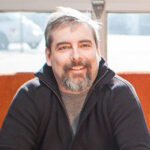 ⟫ RedCritter Corp., a Lewisville-based SaaS company focused on gamifying and rewarding employee engagement, reported raising a little more than $1 million in equity out of a $3 million offering from a single investor, per an SEC filing.

RedCritter was formed in 2010 by CEO Michael Beaty, who previously led social media platform Saki and supply chain software company Xfactory. Based of past filings, the company has raised at least $3.3 million. 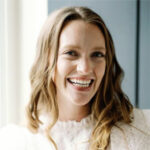 Going up against 20 other early-stage companies, Salted Pages, a copywriting and content marketing firm aimed at entrepreneurs, took home the top prize of $10,000.

Taking home the No. 2 prize of $5,000 was Ten Four Films, a photo- and film-focused web development firm. And coming in at third place, which came with a $3,000 prize, was Unbent, an augmented screening tool startup.

⟫ Irving-based Exela Technologies, a publicly traded digital transformation business process automation company, has inked a $150 million securitization facility from PNC Bank. The move replaces a previous facility Exela had with the bank and will help it save about $6 million in annual interest rate savings.

⟫ The Rise Fund, the impact focused arm of Fort Worth- and San Francisco-based investment giant TPG, is raising a new fund.

While it hasn’t reported taking on any money, the firm said it’s looking for pooled investment fund and limited partnership interests for its Rise Fund III, according to SEC filings. Since forming in 2016 in parentship with U2 singer Bono, The Rise Funds has grown to more than $13 billion in assets under its management

The announcement comes weeks after TPG Rise Climate closed out its climate investing platform’s fund at its hard cap of $7.3 billion. TPG made its public debut on the Nasdaq at the beginning of this year, raising $1 billion in its IPO at a valuation of $9.1 billion. At the time, the firm had nearly $109 billion in assets under its management.

At the beginning of last week, Cuban joined a $8 million Series A funding round for Chicago-based legal-tech startup Paladin, which helps law firms source and track their pro bono work. The funding, which was led by Atlanta’s World Within, will help Paladin add 10 new countries to its operations this year.

Cuban followed that up by joining a handful of other celebrity investors to join a funding round for real-time animation platform immi, which included Paris Hilton, Pitbull, Steve Aoki, and GMoney. While not disclosing the amount, immi said the money will help it launch its first batch of animated NFTs.

⟫ North Texas is set to get a new public company. ProFrac Holdings, a provider of services to the hydraulic fracturing industry, launched its initial public offering with the aim of raising $334.6 million. This week, the company began selling its shares on the Nasdaq Global Select Market under the ticker PFHC. With the money, the company is planning to pay off a number of outstanding loans.

As part of the SPAC deal, NuScale landed $380 million in proceeds, including $235 million in PIPE capital from existing investors, including DS Private Equity, Nucor, and SailingStone Capital Partners. In addition, Spring Valley CEO Christopher Sorrells, who is also a managing director at Dallas-based Pearl Energy Investments, will join NuScale’s board of directors.

⟫ UT Arlington has landed a $400,000 grant from the National Science Foundation that will help it continue to keep the doors of its Research Experiences for Undergraduates open. The multidisciplinary site within the university’s Department of Computer Science and Engineering focuses on researching and prototyping hardware and technology that can help people with disabilities better find access to employment, navigate public spaces, communicate, and live independently. The recent funding builds upon around $1.5 million in U.S. Department of Education and matching UTA funds that have gone into the project since 2018.

⟫ Irving-based Darling Ingredients is continuing its growth with two new acquisitions. Early last week, the publicly traded company, which focuses on turning food waste into sustainable products and renewable energy, announced finalizing its acquisition of Valley Proteins, on of the U.S.’s largest independent rendering companies in an approximately $1.1 billion deal that included 18 rendering plants across the U.S.

Darling, which trades on the New York Stock Exchange under the ticker DAR, followed that up by expanding to Brazil with its planned $560 million acquisition of rendering company FASA Group, which has 14 plants and around 2,400 employees.

⟫ Southlake-based Sabre, a travel industry software giant, announced plans to acquire Florida-based Nuvola, which helps hotels upsell guests on amenities by allowing guests to request services and ask questions via text. Terms of the deal were not disclosed.

⟫ NiTEO Products, a Dallas-based manufacturer and distributor of vehicle care products, announced selling off its subsidiary Hi-Tech Industries, which makes accessories and aerosols for the automotive industry, to local investment firm Highlander Partners for an undisclosed amount. As part of the deal, Michigan-based Hi-Tech will continue to operate autonomously under the leadership of President Nathan Iverson. NiTEO said the move will help it focus on expanding its core markets in the car wash, air care, and maintenance spaces.

⟫ MineralWare, a Fort Worth-based a mineral management software platform, has been sold to an undisclosed buyer for an undisclosed amount, Fort Worth Magazine reports. Launched it 2014 by Ryan Vinson, MineralWare has a monthly recurring revenue of $250,000 as of 2019, the report states. Vinson is also the co-founder and CEO of Energy Freelance and the founder of Energy Domain.

⟫ As it nears a total of 20 acquisitions since being formed in 2017, Colorado-based Congruex, a digital network design and engineering firm, announced scooping up Irving’s Tower Engineering Solutions, which focuses on wireless tower infrastructure, for an undisclosed amount. Tower was founded in 2012 by Robert Semaan, who serves as an executive partner, and is led by General Manager Doug Huff. At the same time, Congruex announced acquiring Utah-based telecom infrastructure firm Sorensen Companies. Congruex said the moves will help it expand its engineering capabilities and market reach. 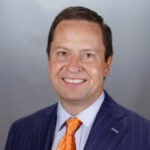 Dallas’ Integrity Marketing Group, a provider of life and health insurance products, is set to acquire fellow insurance solutions company Ash Brokerage, a more than 50-year-old firm with 400 employees across the country. Terms of the deal were not disclosed.

As part of the move, Ash Brokerage CEO Tim Ash will join Integrity as a managing partner.

⟫ After raising $350 million for its inaugural fund last June, Dallas- and New Jersey-based Princeton Equity Group is entering the mental health space with the acquisition of Minnesota outpatient mental health clinic operator and franchisor Ellie Mental Health. The deal, marks Princeton’s fifth platform investment and 11th franchisor acquisition, the Dallas Business Journal reports. While terms of the deal were not disclosed, the DBJ says Princeton typically invests in franchise-model companies with EBITDA between $2 million and $20 million. Princeton said the move will help it expand Ellie’s network of more than 250 franchise locations across the U.S. Ellie co-founders Erin Pash and Kyle Keller will continue to lead the company.

⟫ Huckabee Architects, the Fort Worth-based platform brand private equity firm Godspeed Capital’s architecture, engineering, and consulting strategy, has acquired California-based architecture firm Rachlin Partners for an undisclosed amount. Huckabee said the move will help it expand its solutions offerings, while growing its reach beyond the Texas market. Following the deal’s close, Rachlin’s management team will stay in place and the company will operate as a California-focused vertical within Huckabee. Godspeed, which targets companies with EBITDA between $3 million and $30 million, acquired Huckabee, which has 240 employees across six offices, last month.

Follow the Money: Trive Capital Raises Nearly $2B, Securonix Adds Investors to its $1B+ Funding Round, Cardinal Midstream Partners Launches with $300M Investment, and More