In this weekly roundup of research and development activity in North Texas, you'll also find out how a team at UT Dallas is repurposing an old MRI contrast agent to eliminate the need for using heavy metals. 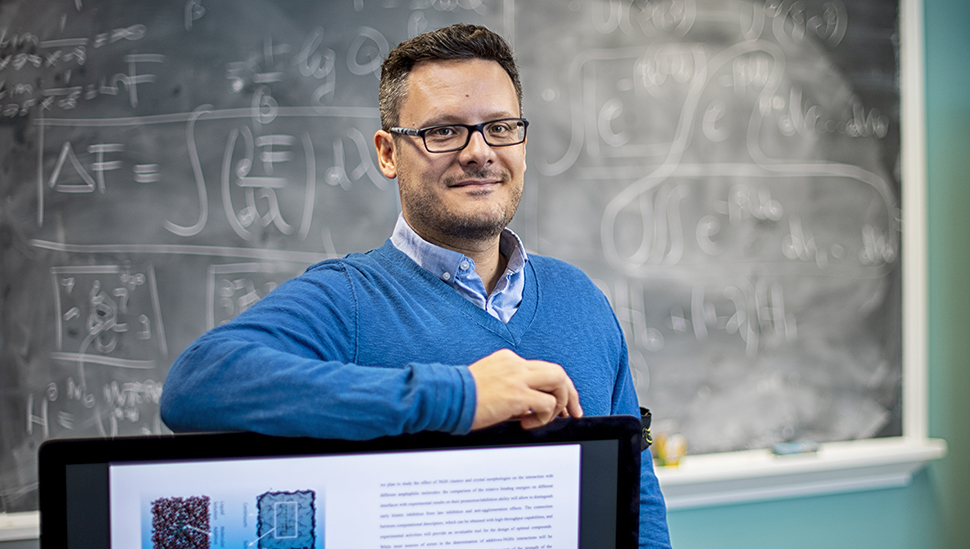 A researcher at the University of North Texas has created a virtual organic chemistry lab inside a supercomputer, which allows him to conduct complex experiments in minutes instead of days or weeks.

With the use of computational chemistry, Oliviero Andreussi will start cycling through science databases listing thousands of organic molecules to determine the effects of various compounds on the production and suppression of natural gas hydrates.

READ NEXT Discovery: UTSW Scientists Use AI to Improve Radiation Therapy, UTD Prof Gets $2.7M in Grants for Protein Research

“Natural gas hydrates are crystalline structures made of gas molecules trapped in a cage of water molecules,” Andreussi said in a release. “The increase and decrease of the production of these natural gas hydrates could be used to do everything from preventing undersea oil pipeline breaks to storing greenhouse gases.”

Natural gas hydrates are formed in deep-sea sediments in cold conditions and under pressure, according to a release. That’s the same environment found in undersea oil pipelines in which natural gas hydrates will slowly build up over time, creating back pressure that will cause the pipe to crack or burst.

“A large and continuing release of oil into a body of water can be an environmental and economic disaster,” Andreussi said. “If we can add an organic compound that will slow or stop the production of gas hydrates we can keep the pipelines intact and help protect the oceans.”

According to Andreussi, there are other environmental applications. By increasing natural gas hydrates production, these crystalline structures could, one day, be used to store various gasses.

There may be a disconnect between the perception of groundwater contamination and how much of it is attributable to oil and natural gas extraction, a study led by environmental researchers at The University of Texas at Arlington suggests. 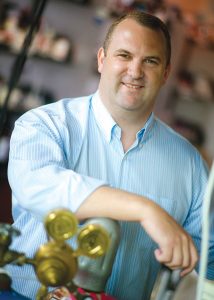 Members of the university’s Collaborative Laboratories for Environmental Analysis and Remediation (CLEAR) found that samples from only five of 36 private water wells showed potential indications of contamination from unconventional oil and gas development, a multifaceted process including hydraulic fracturing, according to a release.

The samples were collected from the Barnett, Eagle Ford, Haynesville, and Marcellus Shale regions in the U.S. as a response to anecdotal claims of oil- and gas-related contamination.

Kevin Schug, Shimadzu Distinguished Professor of Analytical Chemistry and co-founder and director of CLEAR, led the study along with CLEAR co-founder Zacariah Hildenbrand, among other authors.

“We found that the water quality data very rarely aligned with the perceptions that the well owners had of their individual situations,” Schug said in a release. “This disconnect between perception and reality is possibly attributed to prevailing negative sentiments toward hydraulic fracturing as well as myriad environmental factors that make point source attribution very challenging.”

As hydraulic fracturing and unconventional oil and gas development continue to expand, collaborations with concerned citizens who are trained to collect reliable measurements may be beneficial, according to a release.

“These measurements could help guide scientists through larger datasets in larger study areas than what is presented in this study,” Schug said. “Conversely, scientists should provide unbiased knowledge to communities to help decision-making that is based on scientific evidence, offering benefits and possible risks of hydraulic fracturing in a clear and transparent manner.”

A team of researchers at the University of Texas at Dallas is taking a new look at an old MRI contrast agent by using a novel strategy to make it effective. The team is attaching it to a plant virus and placing it inside a protective chemical cage, according to a release.

An MRI is a common diagnostic tool used by physicians to see soft tissues in more detail. 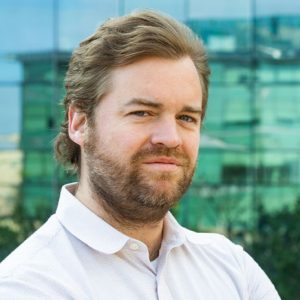 The UTD approach is focused on developing a completely organic and biodegradable compound eliminating the need to use heavy metals such as gadolinium in contrast agents.

The work was detailed in a study of which Jeremiah Gassensmith, UTD associate professor of chemistry and biochemistry in the School of Natural Sciences and Mathematics, was a corresponding author.

The research team is revisiting a type of organic radical contrast agent (ORCA), which was previously considered as an MRI contrast agent.

“This ORCA is a metal-free agent that is compatible with current MRI techniques, is less toxic to the body and is highly biodegradable. Unfortunately, on its own, it’s not very bright, and it’s so biodegradable that it’s impractical to use,” Gassensmith said in a release.

To repurpose the agent, Gassensmith’s team attached the ORCA molecules to thousands of docking sites on a tobacco mosaic virus.

“Since this is a plant virus, it can’t infect people or animals, and it’s easily broken down by the liver. Because the virus is so large, it also allows us to put thousands of the ORCA molecules right next to each other,” Gassensmith said. “It’s the difference between having one Christmas tree light, which is pretty dim, and a whole string of them together, which is quite bright.”

The only class of contrast agents approved for use with MRI in the U.S. is based on gadolinium, a heavy metal that is typically excreted through a patient’s urine after an MRI is completed, according to a release. Gadolinium can sneak through wastewater treatment plants and is showing up in watersheds in and around large metro areas more and more.