Let's take a closer look at some of the research taking place at laboratories and universities across North Texas. Here are some of the stories of how they better our world.

A University of Texas at Arlington researcher is creating a 3D motion microscope to examine how blood flow and cardiac muscle contraction affects gene development which leads to ventricular chamber development in the heart.

The work, which could one day help doctors identify heart abnormalities, is being funded through a two-year, $154,000 Institutional Research Grant from the American Heart Association.

” … what we learn now could someday allow doctors to pre-identify heart abnormalities and diagnose congenital heart conditions that could then be treated with gene therapy,”

Juhyun Lee, an assistant professor in the Bioengineering Department, will develop the new microscope that can capture 3D motion. Using the microscope, he will then create a 4D beating heart using optical imaging techniques with fluorescent nanoparticles in a zebrafish, according to the university.

Lee is being assisted in the project by two doctoral students, Victoria Messerschmidt and Zach Bailey, and Richard Bryant, who is working on his master’s degree.

“This research is still in its basic stages, but what we learn now could someday allow doctors to pre-identify heart abnormalities and diagnose congenital heart conditions that could then be treated with gene therapy,” Lee said in the release.

So why is Lee having to build his microscope? None are available commercially that can capture 3D motion plus time, according to UTA.

The university said that once Lee’s microscope is completed, he will inject the fish with nanoparticles that attach where specific genes are expressed and track how those genes affect ventricular development. 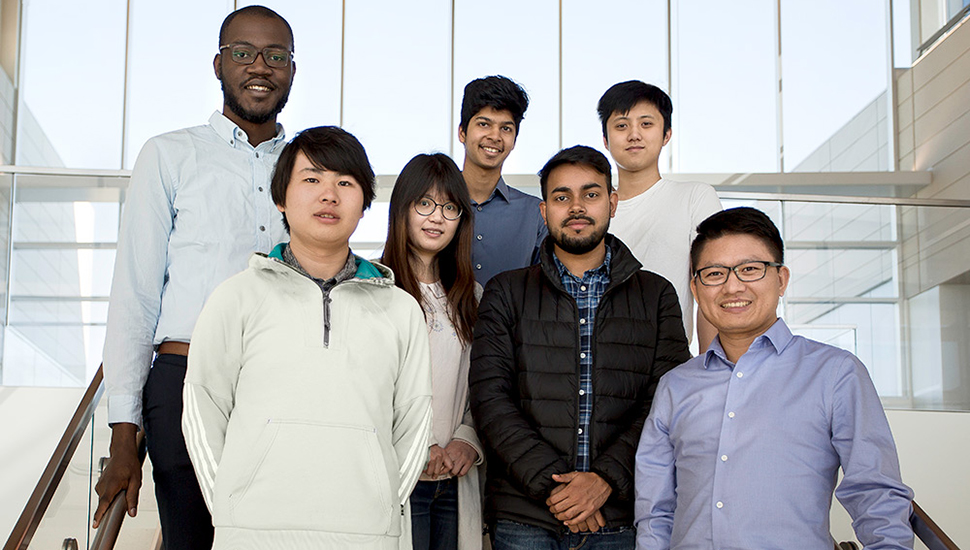 A research team at the University of Texas at Dallas has developed and tested a combination of materials that can trap and direct water droplets faster than living organisms.

The UTD scientists, in collaboration with Penn State University, studied how living organisms such as rice leaves, pitcher plants, and even desert-dwelling beetles collect water in order to engineer a surface that could capture water from fog and air vapor and direct the droplets into “reservoirs via lubricated microgrooves,” according to the university.

“We wanted to create a surface that can both capture and direct water droplets efficiently.”

“Existing processes for creating fresh water, such as desalination, rely on the transition from vapor to water,” said Simon Dai, assistant professor of mechanical engineering in the Erik Jonsson School of Engineering and Computer Science. “We wanted to create a surface that can both capture and direct water droplets efficiently.”

The technology is patent pending. The team’s findings were published in the journal, Science Advances. 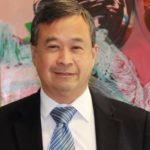 The Center for BrainHealth at the University of Texas at Dallas announced this week that neurologist and retired U.S. Army Colonel Dr. Geoffrey Ling will lead the center’s initiative to double human brain performance in the next 10 years.

“Discoveries to advance brain health and performance as well as cure neurodegenerative diseases like Alzheimer’s and Parkinson’s pale in comparison to those of heart health and cancer treatment,”  Ling said in a release. “While the human lifespan has doubled over the last century, the brain’s functional lifespan has not.”

Ling is an innovator and changemaker, the center said in a release, with accomplishments that include aiding with the organization and launch of President Barack Obama’s BRAIN inititative, and leading researchers at the U.S. Department of Defense that produced the first brain-controlled artificial limb for amputees.

You can find out more here.

The University of North Texas Health Science Center in Fort Worth said that its partnership with Plano-based Catalyst Health Network will reinforce the center’s focus on research, education, and health care in North Texas.

The center said that under the agreement, its students — including future physicians, physcian assistants, pharmacists, and physical therapists — will train in primary care clinical settings under the supervision of providers with Catalyst.

“The agreement reinforces UNTHSC’s focus on education, research, and the health care in the community,” UNTHSC President Michael Williams said in a release. “It will also give students new opportunities to train in the clinical environment in which they will one day work.”

You can discover more here.

Scotty Perkins will join Quisitive, which has offices in Dallas, as senior vice president of product innovation and also will join the executive team at the Canadian firm Fusion Agiletech Partners. In his role with Quisitive, Perkins will help develop the firm’s blockchain service capabilities in partnership with Microsoft as part of his R&D responsibilites. Perkins, of Boise, Idaho, earned his MBA from Southern Methodist University in Dallas.

Plano-based customer experience outsourcer Humach has licensed part of its large patent portfolio to RPX Corp. as a way to allow other companies to utilize the technology. Humach said it blends the experience of humans with the computational power and processes of machines. San Francisco-based RPX is a provider of patent risk management solutions. Humach’s portfolio includes patents for dynamic scalability in the cloud, and the company said it will retain ownership of the patents.