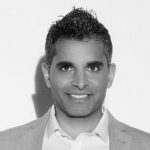 Basra has served as vice president, Connected Technologies since October 2017, and has led TMNA’s efforts to enhance the customer’s in-vehicle experience. Basra has overseen the transformation and expansion of the Connected Technologies group as its pivoted to becoming an agile, product-focused organization, Toyota said in a release. 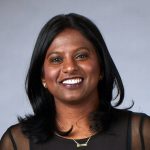 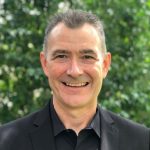 Metz will lead Sally Beauty’s ambitious growth plan for all of its North American digital commerce businesses, including the websites for Sally Beauty and Cosmo Prof, mobile apps, portals, integrations with physical retail stores, and third-party online marketplaces, according to a statement.

In her new role with Sally Beauty, Lakshmi will be responsible for the digital guest experience and digital product roadmap across all of the company’s digital activities. She comes to Sally Beauty with more than 10 years of experience in in-store and online product management. Most recently, Lakshmi was senior director of Digital Product at Walmart, following extensive digital product leadership experience at Pier One, Academy Sports, and Frontgate. 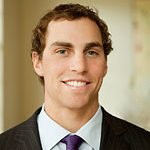 “Leadership begins with core values,” firm founder and CEO Allie Beth Allman said in a statement. “Four years ago I started searching for someone to work with me in a leadership role.”

Conlan moved into his first leadership role as a sales manager, according to a statement. After two years, he earned the title of general manager of the brokerage. 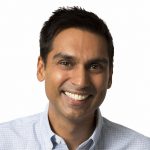 In his new role, Midha will focus on advancing and scaling all aspects of the business, including growing revenue, scaling product, design and engineering, and driving innovation and growth on behalf of clients, according to a statement.

Midha will serve as the connection between multiple practice areas and clients, making sure that business goals are translated into effective digital experiences that make users happy, according to a statement.

Midha comes to Bottle Rocket from Quartet Health, a series D healthcare technology company focused on behavioral health and backed by Google, where he served as Chief Product Officer. 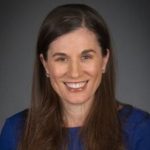 Stryve, a Plano-based maker of healthy snack foods including beef biltong, announced that Jaxie Alt has been appointed as co-CEO.

Alt joined Stryve in March 2019 as chief marketing officer after spending 17 years with Keurig Dr Pepper, where she oversaw a product portfolio responsible for more than $8 billion in retail sales, according to a statement. Since coming to Stryve, Alt has helped the healthy snacking maker double its annual revenue and establish itself as the top-selling biltong brand in the U.S at traditional retail and online stores.

In her new role, Alt will continue to oversee nationwide marketing efforts as Stryve expands its footprint, along with leading sales and human resources at the company. 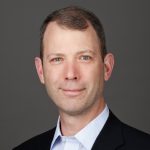 Sebolt’s appointment underscores Transplace’s ongoing investment in delivering efficiency, flexibility, and cost savings for U.S. shippers, according to a statement.

Sebolt brings more than 20 years of experience in third-party logistics to his new role. He has led teams in analyzing complicated supply chains to create more collaborative and cost-effective logistics strategies.

He began his career in the supply chain group of Andersen Business Consulting and has held executive leadership roles at Coyote Logistics, General Freight Services, and Zengistics. 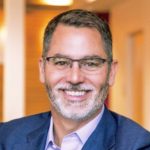 Joseph Eazor has been appointed as president and chief executive officer of Tenet Healthcare Corp.’s Conifer Health Solutions business, according to a statement.

A healthcare business veteran, Eazor has held the CEO role and other top leadership positions at public and private companies, with expertise across strategy, customer engagement, product development, global sales and marketing, outsourcing, and mergers and acquisitions, according to a statement.

Kyle Burtnett, who was interim CEO of Conifer during the search process, will return to his previous role of COO of Conifer, reporting to Eazor.

Eazor joins Conifer from Oracle Corporation, where he was executive vice president and chief customer officer. 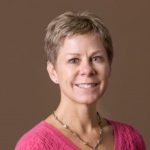 RKD Group is a fundraising, marketing, and data services provider to nonprofit organizations.

Howard brings in decades of experience and leadership to her role of providing multichannel fundraising and marketing services to a growing list of organizations that market at the local and regional levels, according to a statement.

Previously, Howard worked with more than 200 American Red Cross clients for seven years at Grizzard/One & All agency before building and leading the agency’s animal welfare services group for the past 14 years. Before that, Howard was the assistant executive director at the American Red Cross in Ft. Lauderdale, Florida, and two other chapters. 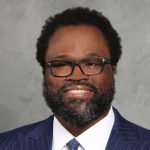 Ashford will be responsible for community reinvestments nationally and all associated activities, including development, lending, community investments, volunteerism, and data analysis.

He will also lead Comerica’s diversity business resource groups. Previously, Ashford served as Comerica’s National Director of Financial Education and External Affairs and will maintain these responsibilities in his new role.

The new hires have extensive experience in real estate and lodging, reflecting Civitas’ commitment to excellence in these investment areas, CEO Daniel J. Healy noted in a statement.

Khan is an experienced hotel and real estate investment management professional and a senior member of the Investments team at Civitas. Most recently, he was the managing director of Blue Lion Capital LLC, an investment and advisory firm focused on real estate special situations investing.

Most recently, Braxton was assistant general counsel and vice president of Legal and Corporate Risk for Lincoln Property Co., the second-largest property management company in the nation, according to a statement.

Adler joins Civitas from The Howard Hughes Corp., a publicly-traded firm that owns, manages, and develops commercial, residential, and mixed-use real estate throughout the U.S.