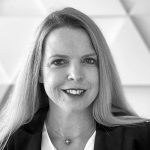 Valorie Brown Loomer has been named the first female chief executive officer of Dallas-based RoboKind, which says it’s the only U.S.-based developer and maker of Advanced Social Robots for children with autism.

RoboKind holds patents for and manufactures robots that are paired with software-as-a-service learning programs focused on social-emotional and vocational learning for people on the autism spectrum, according to a statement. The Dallas company’s STEM and coding programs work to help all students become more college- and career-ready.

Loomer began her career as a special education teacher and proponent of assistive technology, working at both the elementary and secondary levels as a teacher in New York and Texas. Loomer is expected to begin her new role at a key stage in the company’s growth, while bringing her knowledge and expertise in working with schools, districts, state departments of education, and ministries of education globally with her. 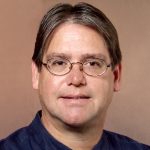 Bill Bodin, a tech industry veteran, has been appointed as chief technology officer at rewardStyle, an influencer marketing firm.

Bodin, who has 30 years of technology industry experience, will play a key role in leading rewardStyle’s innovative engineering endeavors and shaping its technological vision and future product roadmap, according to a statement.

Bodin is expected to work with rewardStyle’s lineup of current engineering leaders to grow the platform’s base of global influencers, retailers, and consumers.

Most recently, Bodin was the chief technology officer at Kony, an omni-channel app platform company. Before Kony, he held the same role for IBM’s Mobile Computing CIO group. 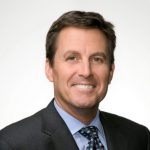 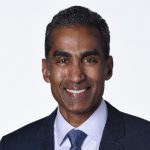 Pragada is expected to be appointed president and chief operating officer and will oversee all of Jacobs’ global operations, according to a statement. He will continue to directly lead the Buildings, Infrastructure and Advanced Facilities (BIAF) business.

Berryman will be appointed president and chief financial officer, according to a statement. Berryman is currently Jacobs’ executive vice president and CFO. In his expanded role, Berryman plans to oversee Jacobs Digital and Information Technology, while continuing to lead finance and treasury, investor relations and communications, strategy, and M&A and internal audit. 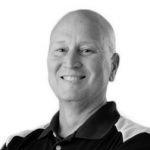 In the newly created position at Idea Grove, Lacy will work hand-in-hand with founder and CEO Scott Baradell. His role primarily involves guiding the agency in executing its vision by improving operational efficiency and scalability.

Baradell said by hiring Lacy, Idea Grove is making a commitment to the agency’s future growth over the next several years.

“Idea Grove has built a reputation as a high-quality marketing boutique for B2B tech companies, but we’re still a well-kept secret nationally because we’ve relied entirely on referral and organic search for client acquisition,” Baradell said in a statement. “This, together with the limitations of our operational infrastructure, has put a cap on our growth.”

Lacy has extensive senior leadership experience, along with a track record of driving agency growth. Most recently, he was COO for digital media agency Imaginuity Interactive. There, over a three-year period, he helped support 94.5 percent revenue growth.

The appointment comes at the same time as Idea Grove’s announcement that it will move its offices on March 1 to Tollway Plaza, an A-class building in the North Dallas business district just off of North Dallas Parkway and Keller Springs. That will follow Idea Grove ending 2019 with its best revenue performance to date.

Shenée Rayford has been appointed senior vice president of People Resources at Dallas-based Medecision, an integrated health management solutions provider that supports the health and care of more than 50 million consumers nationwide.

In her new role, Rayford will ensure that Medecision can attract, develop, and retain high-quality talent across the organization to support the company’s business strategies and growth, according to a statement.

Rayford has held similar roles for other healthcare organizations including DaVita Kidney Care and NorthStar Anesthesia, as well as major retailers such as Target and Kohl’s. 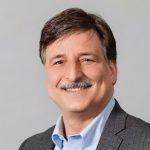 Robert Farina has been appointed chief executive officer of Frisco-based Magna5, according to a statement.

Magna5 is a national provider of managed IT, voice, and connectivity services. It is a platform company of Pennsylvania-based NewSpring Holdings. Farina succeeds Rick Lottie who will remain on the company’s board of directors as vice chairman, according to a statement.

Farina is an experienced technology CEO of private equity-backed companies with over 30 years of experience leading high growth enterprises in the managed services, software-as-a-service, and business process outsourcing segments.

Most recently, he was CEO of Kim Technologies, which provided a platform-as-a-service offering to leverage artificial intelligence capabilities to automate business processes, documents, and workflows. 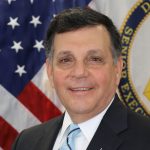 Mark Mazzanti, a recently retired senior executive from the U.S. Army Corps of Engineers, has been chosen as the new coordinator of the $1.17 billion Panther Island project in Fort Worth.

The Fort Worth Business Press reported that the Trinity River Vision Authority board of directors unanimously approved his hiring as a contractor at a rate of $25,000 per month for up to two years.

TRVA board president G.K. Maenius said Mazzanti’s hiring is the board’s final move in implementing all of the recommendations of Dallas consulting firm, Riveron, which was hired to conduct a comprehensive review of the Panther Island project to attract critical federal funds, reports the Business Press. 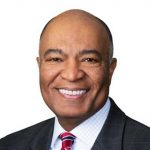 Rod Washington has been named the new Dallas regional president by San Antonio-based Frost Bank, according to a statement.

Previously, Washington was the regional sales manager and has more than 35 years’ experience in the banking and real estate industries. He’s been with the bank since 2007, joining it as the executive vice president of its real estate banking group. 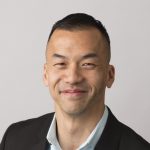 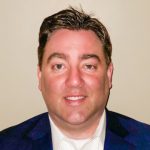 The additions signal a shift from brand level leadership to a more unified management structure for all RAVE brands, according to a statement. Bob Bafundo will be departing his role as president at RAVE.

Burns is expected to lead operations for both Pizza Inn and Pie Five Pizza, as well as Operations Services for all brands. Burns brings more than 10 years’ experience in company and franchise operations. Kwong will direct marketing for all RAVE brands, according to a statement. Kwong, an industry veteran, has shown success in creating digital marketing programs that elevate guest experiences and drive sales.

Michael Jennings has been named as the next CEO and president of HollyFrontier Corp., a Dallas-based independent petroleum refiner and marketer.

The move comes after George Damiris notified the company’s board of directors that he will retire as CEO, president, and director on Dec. 31, according to a statement. Damiris was appointed CEO and president in Jan. 2016 and has served on the board of directors since Dec. 2015.

Jennings’ appointment as CEO and president is effective on Jan. 1. Until then, he will serve as executive vice president of the corporation. 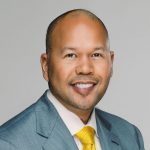 Tony Taveekanjana is joining Oklahoma-based Gateway First Bank as executive vice president and chief production officer, who will be overseeing all retail and correspondent mortgage production nationwide from the bank’s Dallas office.

Taveekanjana has 20 years of experience at successful mortgage banks and independents, according to a statement. He has held national sales leadership positions with Envoy Mortgage, Movement Mortgage, and Stearns Lending, as well as senior leadership positions at New Penn Financial, Fifth Third Bank, and Countrywide Home Loans.

Gateway is headquartered in Jenks, Oklahoma and maintains $1.4 billion in assets, six bank branches in Oklahoma, and 160 mortgage centers across the nation.