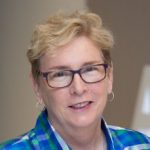 Senior Vice President Wendy Lopez has been promoted to Texas Executive by infrastructure firm AECOM, a role in which she will spearhead the company’s strategy, growth, and leadership in its major Texas cities—Dallas, Austin, Houston, and San Antonio.

Lopez led AECOM’s involvement in the Texas Hyperloop Project, a never-before-seen 700 mph technology across the state, and she is working with Dallas to find solutions to climate change as part of Dallas’ First Climate Action Plan. 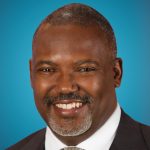 Charles will lead American’s global inclusion and diversity strategies, including establishing the company’s Office of Diversity, Equity and Inclusion to ensure best practices are implemented across the company’s people and business processes.

Charles comes to American Airlines from U.S. Bank where he was senior vice president of enterprise talent. He brings more than 30 years of private sector experience, including a decade of inclusion and diversity leadership to his new role, according to a statement. Charles previously served as vice president for global inclusion and staffing and chief diversity officer at General Mills. 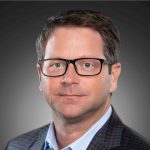 Buchanan assumed the new roles of president and CEO designate on Jan. 6 and joined the company’s board. He succeeds current Michaels CEO Mark Cosby after a transition period ending April 1. Cosby will remain on as a board member.

“Ashley is a world-class executive who has demonstrated the ability to redefine customer experiences and drive growth at the world’s largest retailer, and we are confident that he will be successful in leading Michaels forward,” Michaels Chairman James Quella said in a statement.

Michaels operates more than 1,260 stores in 49 states and Canada and offers online sales via its digital platforms Michaels.com, consumercrafts.com, and aaronbrothers.com. 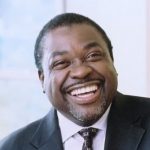 Evon Jones has been appointed as chief information officer by Carrollton-based Aventiv Technologies, the parent company of Securus Technologies, JPay, and AllPaid.

Jones is expected to report to President Dave Abel and contribute to customer-facing products and corporate information technology, according to a statement. In his new role, Jones will support all brands under the Aventiv Technologies umbrella, focusing on improving processes, creating more efficiencies, and fueling tech to increase consumer value through consistent positive brand engagement.

Jones brings with him more than 20 years of executive-level IT management experience with consumer brands including Hallmark, Liz Claiborne, The Dial Corp., Bausch and Lomb, and American Express. 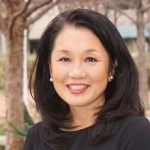 Lori Hamamoto has been named senior vice president of public relations and client services by Tony Fay Public Relations, a Dallas-based agency specializing in sports, entertainment, and cause marketing communications.

Hamamoto was the fourth woman to lead a National Basketball Association public relations department—and the first female PR director in the history of major New York City sports franchises—when she was vice president of public relations for the New York Knicks in the 1990s and early 2000s, according to a statement.

At that time, Hamamoto was the first Asian-American to lead a public relations department in the history of the four major North American sports. 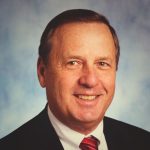 Dickerson has been an adviser to large employers at leading firms such as E&Y and Mercer where he served 17 years and was a senior partner, according to a statement. Dickerson was also a senior vice president for the national accounts arm of the Blue Cross Blue Shield system. 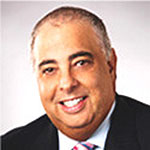 Previously, Blocher was with First Potomac Realty Trust where he served as executive vice president, chief financial officer, and treasurer.

Before that, Blocher was senior vice president, chief financial officer, and treasurer at Federal Realty Investment Trust in Rockville, Maryland. 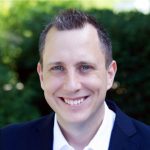 Wichita, Kansas-based Envision is one of the largest employers of people who are blind or visually impaired in the U.S. David Stupay has joined the Envision Dallas team as its executive director.

Stupay will focus on expanding employment, programs, and services for people with vision loss in the Dallas area, according to a statement. He will report to Michael Monteferrante, president and CEO of Envision, who is based in Wichita.

“Envision Dallas Lighthouse for the Blind is evolving at a rapid rate, and the addition of David to the team will only strengthen our mission to improve the quality of life and provide inspiration and opportunity for people who are blind or visually impaired through employment, outreach, rehabilitation, education and research,” Monteferrante said in a statement. “David’s extensive background leading organizations through strategic expansion will be invaluable moving forward.”

Most recently, Stupay was president and CEO of Heartspring, a Wichita-based provider of services to children with special needs and their families.

Larry Lavine will join CMP, an executive search, consulting, and outplacement firm with offices in Richardson and Fort Worth, as executive consultant of strategic solutions, according to a statement.

In that role, Lavine and CMP will provide strategic insights and support for restaurant concepts and keynote speaking.

Lavine has developed and influenced many brands in the restaurant world, according to a statement, including Chili’s Grill & Bar, Tia’s TexMex, Carino’s, Charley’s Seafood, and Ten50 BBQ.

CSW Industrials adds EY exec to its board 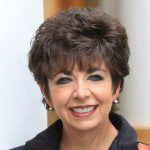 Dallas-based CSW Industrials announced that its board of directors has elected Debra L. von Storch as an independent director.

With the addition of von Storch, the board increases to eight members, seven of whom are independent.

Von Storch is a partner of Ernst & Young LLP and plans to retire from the firm in June. She has served at EY for 37 years, most recently as a partner and leader of Southwest Region Growth Markets, where she is responsible for developing strategic directions across numerous service platforms.

“This is a great time for our region and for McCarthy. The Dallas area is thriving, and we foresee great opportunities in our key focus areas from aviation to fine arts. Our teams are aligning for these opportunities and to deliver an exceptional client experience,” Joe Jouvenal, president of the southern region of McCarthy, said in a statement.