In this week's roundup of hires, promotions, and accolades in North Texas, you'll also find news from the Richardson Chamber, PICKUP, BPS Technology, the Frontiers of Flight Museum, UNT Health Science Center at Fort Worth, and Giving DNA.

Plus, Governor Abbott appoints three North Texans to the Governor's Commission for Women.

From left: Catherine Susser and Ashlee Kleinert of Dallas, and Patsy Wesson of Fort Worth.

Governor Greg Abbott has appointed North Texans Ashlee Kleinert, Catherine Susser, and Patsy Wesson, along with Laura Koenig Young from Tyler, among the 14 Texas women named to the Governor’s Commission for Women.

The commission is charged with developing a strategy and plan to help make Texas the No. 1 state for women-owned businesses and to address the issue of human trafficking. The Governor’s Commission for Women, which is housed within the Office of the Governor, specializes in outreach, education, research, and referral services.

Per the Governor’s office:

Catherine Susser, a new resident of Dallas, is a community volunteer who continues to serve both the Corpus Christi and Dallas communities. She serves on the UT Southwestern President’s Advisory Board and was recently a member of the Board of Trustees for the Corpus Christi Independent School District (CCISD), where she served as president of the board as well as vice president and secretary.

Patsy Wesson of Fort Worth owns Carriage Square Jewelers where she has designed custom jewelry for over 35 years. In 2020, Wesson co-founded a new digital custom jewelry manufacturing company called Ellansa. A member of the Jewelers Board of Trade, she holds multiple certifications from the Gemological Institute of America. 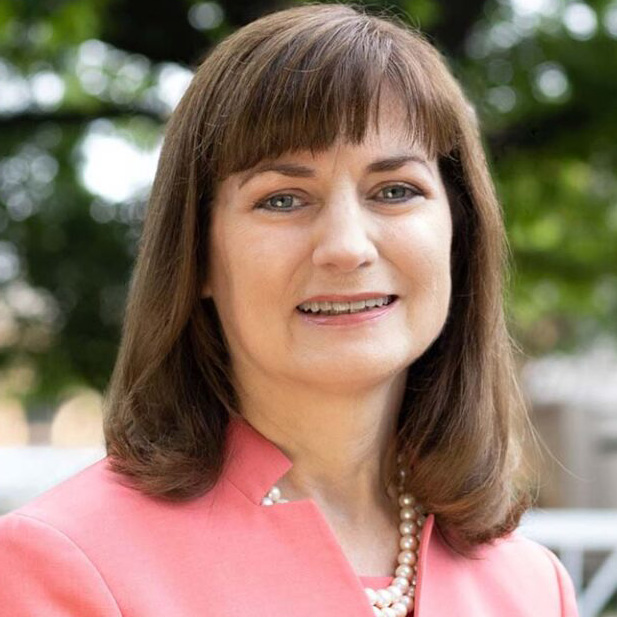 After helming the Dallas community engagement-focused nonprofit VolunteerNow for about the past eight years, Tammy Richards is retiring as CEO later this year.

During much of her tenure, Richards has been involved in developing and deploying the organization’s proprietary volunteer matching platform Voly.org. According to VolunteerNow, under her leadership, the organization would help connect more than 300,000 volunteers to more than 1.6 million hours of services to more than 3,500 local nonprofits—an economic impact of $46 million.

Richards said she plans to continue serving on nonprofit boards and on corporate advisory boards, largely focusing on the education space, following her retirement. VolunteerNow is working with FSP Leaders to find Richards’ replacement.

“This role has allowed me to combine three of my passions—technology, volunteerism and education,” Richards said in a statement. “We introduced easy-to-use technology that has allowed VolunteerNow to mobilize critically needed volunteers to serve the important missions of both nonprofits and schools. I look forward to continuing my service to the community as a volunteer.”

Plano-based PICKUP has named Brian Kava, who joined the company in September of last year, as its new CEO. He takes over from Brenda Stoner, who founded the company and has led it since 2014.

One of his goals is to continue to grow PICKUP, which serves 80 U.S. markets with a more than 200-person team.

“I look forward to building upon this foundation to create a growth strategy for PICKUP that is organized, sustainable and adaptable,” Kava said in a statement.

Kava started at PICKUP as the company’s chief revenue officer. Before that, he served as president of Acosta Sales & Marketing’s integrated marketing division Mosaic. He takes over from Brenda Stoner, who founded the company and has led it since 2014. According to PICKUP, Stoner will stay on with the company, focusing on innovation.

Read more in our story here. 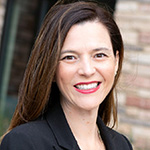 In 2019, Dawn McKenzie left a role as a marketing lead at Accenture to join a “tiny” chemical innovation startup called BPS Technology.

In that time, the Argyle-based holding company has added a number of new ventures to its portfolio, including solutions aimed at improving crop growth with brands Verano365, Farm Shield, and PureAcre. And now McKenzie is moving from a role as VP of marketing to the company’s C-suite as its new chief strategy officer.

“This is a new chapter. One of personal growth. One of a startup at the tipping point. One of sustainability,” McKenzie wrote on LinkedIn. “It’s been a privilege to tell our story. Whether it’s a step change in environmentally conscious oil and gas production; improving corn yields with better fertilizer efficiency; better cannabis production with bolstered bud yield; or seeing greenhouse growers get better turn times and plant health—our patented supramolecular chemistry is first-of-its-kind and delivers remarkable results.” 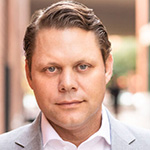 This week, global investment platform Techstars announced it is bringing a physical therapy-focused accelerator program to Fort Worth, and it’s tapped a local entrepreneur as its leader.

Tapped to lead the new Techstars program is local entrepreneur and startup champion Trey Bowles, who will serve as managing director.

Bowles brings to the table decades of experience in nearly every aspect of the startup journey. In addition to founding a number of companies in the media, e-commerce, and consumer tech spaces, he’s served as an advisor and board member to dozens of other companies in the region—while also acting as chairman emeritus of The Dallas Entrepreneurial Center, the entrepreneurial support nonprofit he helped co-found

On the investing side, Bowles serves as co-chair of the North Texas Angel Network. Bowles is also responsible for co-founding InnoCity Partners and the Dallas Innovation Alliance, two public-private partnerships aimed at building “smart city” programs. 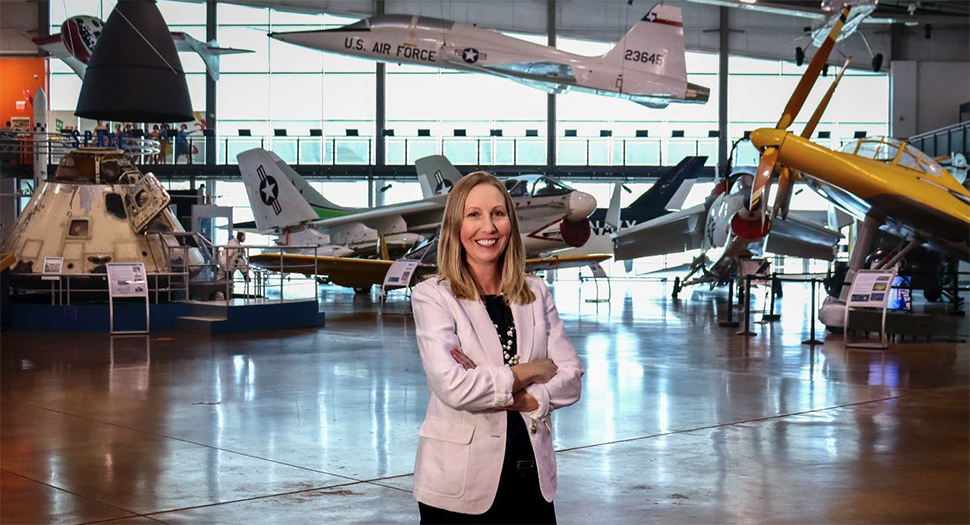 The Frontiers of Flight Museum, a Dallas-based STEM-focused aerospace history museum, has named Teresa Lenling as its new CEO.

Lenling most recently served as the CEO of local pregnancy and adoption organization Hope Cottage. Before that, she has held leadership roles at other museums, including the Perot Museum of Nature and Science and the Science Center of Iowa.

“Expanding access to science learning opportunities has been a driving force throughout my career, and I look forward to continuing this work and inspiring our community further through aviation history, space flight exploration, and innovation,” Lenling said in a statement.

New to the company are Chris Carlson, a former VP at Dragos, and Randy Turner, who previously served as a sales leader at Absolute Software. Carlson will be the company’s new VP of product and Turner will serve as the new VP of North American sales.

“As cybersecurity threats have grown in number and complexity, so has the need for solutions to proactively prevent breaches in a quick and easy manner, meaning that companies can no longer settle for the ‘good enough’ option,” said Rob Davis, Critical Start founder and CEO, in a statement.

The Richardson Chamber of Commerce has named interim leaders to replace Bill Sproull, who resigned on February 4 from his positions as president and CEO of the chamber and CEO of Tech Titans and the Richardson Economic Development Partnership.

Kimberly Quirk will serve as the chamber’s interim president, reports Community Impact. The executive director of Leadership Richardson, she previously served on the board of trustees of Richardson ISD, marking five terms as president. 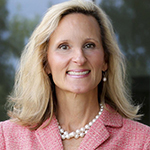 Rangel had served for the last five years as the university’s Senior Vice President of Clinical Innovation.

In her previous role, Rangel was responsible for the operational and fiscal outcomes of the HSC health clinics, SaferCare Texas, correctional medicine, simulation, interprofessional education, and practice. She also has responsibilities with the student medical clinics at UNT Dallas and the Tarrant County College District.

“Jessica has been a tremendous asset to HSC, and I look forward to seeing her expand the university’s clinical enterprise,” said Michael R. Williams, HSC president and chancellor of the UNT System, in a statement. “I’m confident that Jessica will take us to the next level as we build a stronger patient-centric model for health care and as we develop the future of medicine.”

CBD Company Adds to Its Board

After raising a Series A funding round last year and rebranding from MD Farma to Corganics, the Dallas-based company is adding to its board of directors.

Joining the board is Jeff Hartness, a senior VP at Canadian pharmaceutical and medical device maker Bausch Health Companies. Hartness has also held roles at health care companies like Sanofi and Pfizer, according to his LinkedIn.

Unlike CBD brands found in the local head shop, Corganics focuses on find health care professionals offices to partner with.

The company acquired the Corganics portfolio brand from its Series A-backer Altacrest Capital, along with its topical pain analgesic cream, Relief.

“(Hartness) has a proven track record serving in leadership roles in top pharmaceutical and healthcare organizations and we’re thrilled he’s joining the board at such an important time as we continue to scale for growth,” said Chad Collins, CEO and co-founder, in a statement.

Joining as its new director of technology sales is Claire Logue. Before coming to GivingDNA, Longue served as a director of customer solutions at WealthEngine, as well as a lead solutions engineer at Salesforce. Her work in the nonprofit space includes as a prospect development database manager at the American Red Cross.

“Nonprofits are now data collectors, but too often, that data is siloed with no actionable next steps readily available,” Logue said in a statement. “The GivingDNA platform makes it easy with visualizations of key data segments that are critical for fundraisers and marketers. That is what truly excited me, and that is what I am excited to share with new partners.”