The fast-scaling company with a vision of becoming a $1B "Starbucks of soap" will use the investment to support more store openings, product category expansion, and growth in e-commerce. 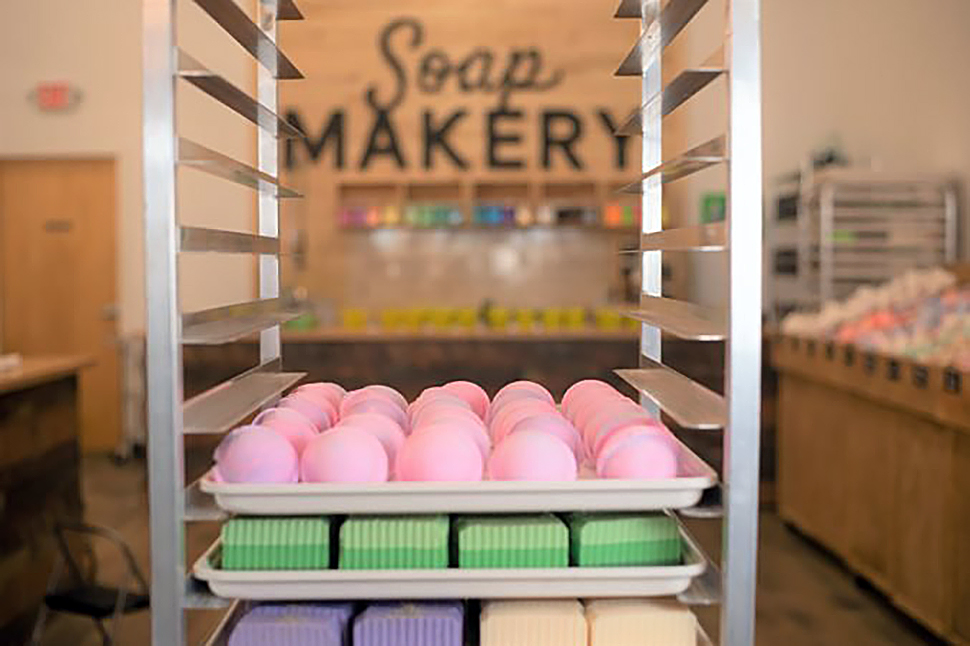 Now that’s how you clean up. Dallas-based Buff City Soap announced yesterday it has raised new funding from global growth equity firm General Atlantic. Terms of the deal were not disclosed.

From body butters to soapy pets

“With a handmade product line and a focus on transparency, Buff City Soap has established a loyal customer following,” said Andrew Crawford, global head of consumer at General Atlantic, in a statement. “As consumers increasingly look for high-quality home and personal care offerings that emphasize plant-based ingredients, we believe there is meaningful opportunity for Buff City Soap’s continued growth through product, category, and unit expansion.”

As part of the transaction, Crawford will join Buff City’s board of directors.

“Partnering with General Atlantic will help accelerate Buff City Soap’s scale and unit expansion across the U.S.,” said Wayne Moore, managing partner at Crux Capital, in the statement.  “During our ownership, Buff City Soap has more than quadrupled in size and has the potential to redefine a category of retail. We’re more excited than ever about our growth potential.”

“Our deep experience in consumer products and hands-on approach to partnering with our management team was instrumental in building Buff City Soap into a fast-growing innovator in the home and personal care space,” said Mike Sutton, managing partner at Guideboat.  “We made significant investments last year in the team and systems while fortifying our product offering that has resonated across the U.S.”

It all began in a paramedic’s garage

Founded in 2013, Buff City got its start in a Tennessee firefighter paramedic’s garage. At the time, Founder Brad Kellum was unhappy with store-bought soap filled with cow fat and synthetic materials. So he and his girlfriend and co-founder Jennifer Ziemianin, a registered nurse, started experimenting with a plant-based alternative.

Soon the couple was selling plant-based soap at farmers’ markets and launching an online sales website under the name The Bartlett Soap Co. In 2014 they opened their first brick-and-mortar store in Bartlett, Tennessee.

Rebranded as Buff City Soap, the plant-based home and personal care brand franchise has since grown to more than 100+ stores in 20 states, with “significant expansion planned for 2021 and beyond,” the company announced yesterday.

“The Starbucks of soap”

In 2019, co-founder and then-CEO Kellum told the Memphis Commercial Appeal his vision was for Buff City to be “the Starbucks of soap.”

Delaney’s goal on taking the helm at Buff City: helping to grow the company “into a billion-dollar business,” according to a statement at the time.

In a growth phase, Buff City Soaps lists 11 local positions—from supply chain analyst to IT project manager to soap maker— among others across the country on its website as of press time.

In the meantime, Buff City’s leadership appears to be in transition. Justin Delaney’s LinkedIn profile shows he left his position as CEO in April. While still an investor in Buff City, he now identifies himself as managing director of Ikigai Capital  A spokesman for Buff City had no comment on the move at this time.

Quincy Preston contributed to this report. It was updated June 7, 2021, to include new statements from Crux Capital and Guidepoint Capital Partners.