Anurag Jain and longtime business partner Ross Perot Jr. talked about the region's high growth with a roundup of innovators and investors at Circle T Ranch in Fort Worth's AllianceTexas development. The VIP reception was the prelude to the 2022 Venture Dallas conference—and one of the most coveted invitations in town.

Scores of innovators and investors descended on Ross Perot Jr.’s Circle T Ranch at AllianceTexas in Fort Worth last week for a VIP reception to kick off the 2022 Venture Dallas conference.

It was a coveted invitation.

As sunset fell, dealmakers from North Texas and beyond connected at one of the most scenic landscapes in North Texas. Hosted by Perot Jain at the Perot family’s private ranch, the event was held at the Texas Barn. But it’s not just any barn: Situated in the midst of a working ranch, the location is a secret weapon for hospitality. Surrounded by parkland and high-end architecture, visitors were greeted by “Gus the longhorn” and cocktails laced with honey from the ranch’s bees. All with the sound of helicopters landing nearby. 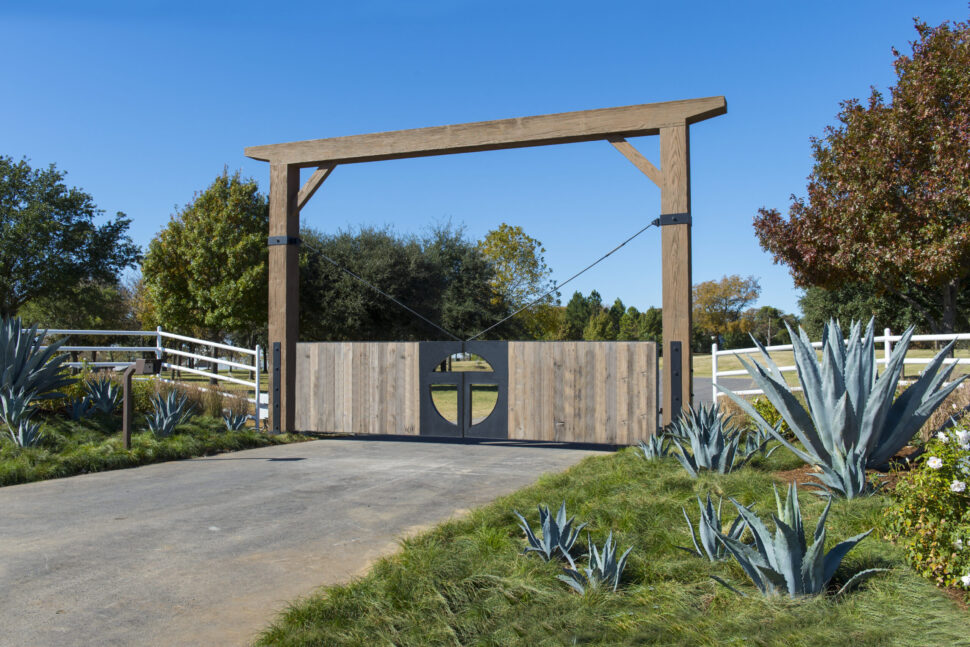 The event preceded the following day’s conference showcasing the region’s talent and venture ecosystem at the George W. Bush Presidential Center. Perot Jain partners Ross Perot Jr. and Anurag Jain took to the stage for a fireside chat on what makes North Texas a hub of innovation and why it’s a place to invest in.

“This is a very open community, embracing of new ideas and a community that it doesn’t matter where you’re from or what you’ve done,” Perot said at the event. “All we really care about is what you’re going to do. And that’s the Texas spirit.”

We have a special brand of optimism here, he added: “We help each other, and we believe in public-private partnerships.”

North Texas is the place to be, Perot says. “We have zero barriers to growth in this market. We can grow 360 degrees.” We’ve got the infrastructure to grow, including the airports, freeway system, and water capacity, he says.  And we’re still affordable.

“We’ll be the largest region in the nation in another 40 or 50 years,” Perot said.

Perot discussed how the region’s high growth continues to attract new talent with longtime business partner Jain in a conversation moderated by Aaron Pierce, a Perot Jain partner and co-founder and board chair at Venture Dallas.

We’re still an early ecosystem, Jain says, but “we’re on the uprise” in terms of venture investments. By the numbers, Dallas has gone up by some 50%, while other locations have gone down by 60%, he says.

“We’re really at a point of singularity, where technology, people, human migration is going to change how things work,” he said.

Jain shared seven trends he sees driving the future of innovation today. Here’s what the investor, entrepreneur, and futurist keeps in mind when making new investments.

7 trends driving the future of innovation

“The reality is people are living longer and longer. One of the gurus in this space said, ‘Don’t do anything stupid, and survive the next 20 years. You’ll probably live to 100.’ And every year that passes, we’re extending life up to four or five years because of technology, personalized medicine, and gene therapy. Every single year that human life is extended, it has a $38 trillion impact on the economy. Think about what is possible with the abundance that’s created.”

“As people live longer, their jobs will change. Technology will cause their jobs to change. My grandfather learned one thing, and probably did it all his life. In our generation, we have two or three skills that we may have to change. The next generation will probably have to learn a new skill every eight to 10 years. Think about it: If you live 100 years, you’d probably have 10 different jobs during your lifetime. So, the technology that’s needed for how the education system will have to adapt to train people that quickly—again and again—is amazing.”

“If you have that many people, you have that much data, and you have so many goods, how do you move them around efficiently, cheaply, safely? That whole mobility market is going to explode. Whether it’s moving people, data, or goods. How that happens continuously, faster and faster, is going to be a huge trend.”

“We saw how badly our supply chains actually run when we had a disruption with COVID. Amazon just announced a billion-dollar fund to go after supply chains. And I think that’s the tip of the iceberg. Over the next 10 years, we will spend over a trillion dollars on making supply chains more efficient.”

“As [supply chains] become more efficient, they’ll also fracture. In national security work, there are some places we don’t want to buy from, there are some places we want to be independent from. So we’ll have to become more resilient and we’ll have to do that work ourselves. We have to support the work that government does—first, to get resiliency in this country to become self-sufficient in certain areas. The government is probably the best incubator you can find. They can throw more money at problems than most of us can in this room. And that’s important. We need to work with our governments to make them better and better at incubating companies.”

“For the first time you’ll see this old—somewhat stodgy—business change. The whole real estate ecosystem, which is a huge part of the economy, is about to change.”

“The whole work equation of humans is about to change completely. Let me give you three dimensions of that:

One, how work is done is changing. You’re defining work not as one person working with one job, but one person doing many jobs—and a job being more like a shift. 66% of this country will have some sort of gig economy job in the next 10 years. It’s changing the connection between employers and employees, and the work they do.

Two, is where you do the work. We saw with COVID, our life has changed … Remote working is possible. Even the jobs today that young people have will be done by robots that will be controlled from a different place. So, where you do work will change.

Three, which is even more interesting, is in 10 years, over 60% of the people that can work will be in India and Nigeria. And the rest of the world will have a population decline. So, you will have mass migration of people moving to places where the jobs are. So work is changing how it looks, and people are moving. This is all happening at the same time.”

Quincy Preston contributed to this report.
The discussion has been edited for clarity and brevity.