A Restaurant, the Super Bowl, Blockchain: Catching Up With Avocados From Mexico

After a record-breaking year with more than 2 billion pounds of imported avocados, the Irving-headquartered company shows no signs of stopping. We caught up with President and CEO Alvaro Luque to see how Avocados From Mexico keeps innovating, and what's coming up next. 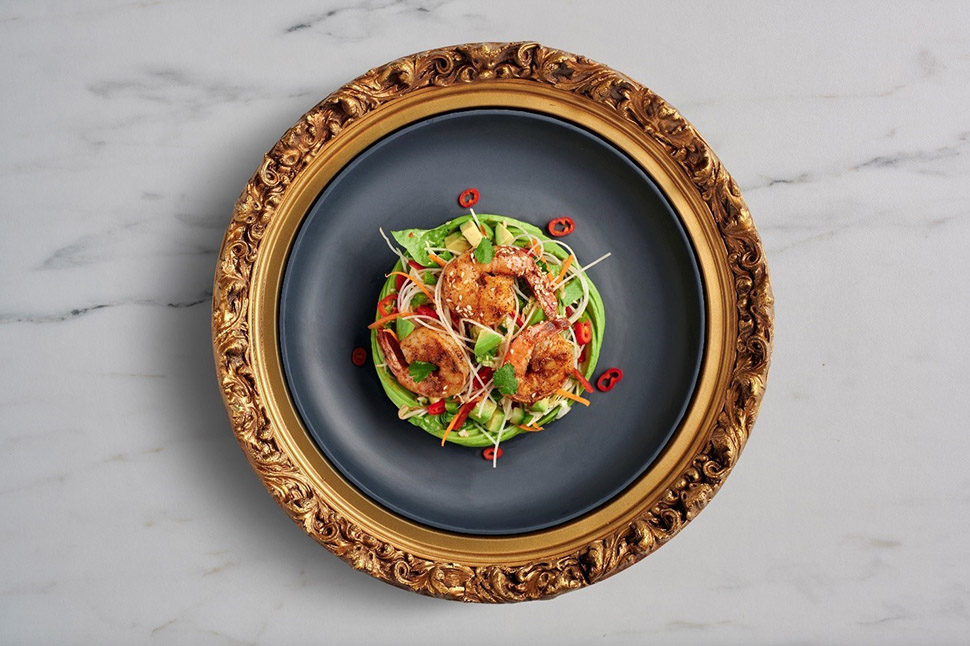 It’s been a busy month for Avocados From Mexico.

There was the company’s highly rated Super Bowl commercial starring Molly Ringwald, featuring the fictitious Avocados From Mexico Shopping Network, and a gameday activation utilizing blockchain technology. The team was a finalist in January for our inaugural Innovation Awards with D CEO for Innovation in Food and Beverage.

Then, Avocados From Mexico announced it was teaming up with Trinity Groves Founder Phil Romano to open a restaurant in west Dallas where all items on the menu include avocados. Plus, an avo-themed fashion extravaganza—complete with a green carpet!—to celebrate the grand opening of AvoEatery.

What Avocados From Mexico says is the “world’s first polished-casual avocado restaurant,” AvoEatery serves up 29 avocado dishes and 10 avocado cocktails as the destination for ‘cado lovers. Now open, guests can chow down on dinner and lunch, with brunch services to be added later.

So, we caught up with Avocados From Mexico President and CEO Alvaro Luque to talk about how the company thinks outside the box and stays innovative to more than double the volume of imported Mexican avocados to the United States—to 2.5 billion pounds per year last year—with its team of 30 marketing professionals from its headquarters in Irving.

The key, Luque says, is growing and maintaining its company culture. Read on:

What does innovation mean to you?

Innovation to me is somehow refusing to accept the status quo with the belief that there is always a better way to do things. It is constant improvement of established models, ideas, and processes to discover new insights and solutions to ultimately drive progress. That’s the way we see it at AFM, even though we’ve been over-achieving in most of the things we do, we never settle. We celebrate, we repeat, and we improve. Those are the principles we live by. We firmly believe that there is always something better out there, and we go after it passionately and relentlessly.

Our determination to make things differently has paid off, and we now enjoy a significant increase in brand preference among American consumers—from 20 percent in 2013 to 55 percent in 2019—becoming the most recognized and beloved avocado brand in the U.S.

What would you say is your company’s greatest achievement?

This has been a tremendous year for AFM. We just broke the volume record in the U.S. by importing more than 2 billion pounds of fruit, which represents a growth of 79 percent since we created the company less than six years ago. That’s impressive for any industry.

What’s the best business advice you have to offer others?

The best advice I can give others is not to be afraid to push boundaries, and to believe that small business and industries can stand out and win over big consolidated brands in the digital space. We have seen it happen. With innovative thinking, state-of-the-art implementations and out-of-the-box, nimble technologies, you can beat anyone at getting your consumers; attention and preference. It is impossible for traditional brands like guys to be a strong player in traditional offline media, but are now a well-respected and admired player and a benchmark in the online arena. That’s the power of believing and thinking differently.

What has you most excited about the future?

One of the most interesting projects for me right now is to use our out-of-the-box thinking to reinforce our company culture and improve our performance through a one-of-a-kind approach using Management by Objectives at its core. We launched own own performance system, called AMBO (Avocados From Mexico By Objectives). It has been extremely effective at helping to push our teams forward, to reinforce the idea of not settling, and to always strive for excellence in our efforts to beat our own records each time.

I’m sure that by doing all of this, Avocados From Mexico will soon become one of the best companies to work for in North Texas. We owe that to a great group of professionals that we have been able to attract and maintain with almost zero voluntary turnover since our foundation five years ago.

While we dream big for the future, we have ambitious programs in the short-term that will change the dynamic of fresh industry forever. We are now on the path to developing the largest online community of avocado lovers, and the first one of super fans of one single fresh produce in the world.

How would you rate North Texas as an environment that supports and cultivates innovation?

North Texas has a lot going on for it terms of fostering innovation, and this is not a secret anymore for corporate America. The region is a large melting pot of people, cultures, and industries, which creates the perfect environment to allow innovation and creativity flourish.

Add to that a perfect geographic location right between both coasts, an international airport that hosts the second largest airline hub in the world at a time in which globalization is in the agenda of the largest global companies; low taxes and several major universities, and you have a magnet for sophisticated talent and corporations alike. Add an avocado success story to it as an inspiring example, and you have the perfect location to build your brand and company for the future here in North Texas.