The Edith and Peter O’Donnell Jr. Athenaeum will feature three new buildings: a second location for the Crow Museum of Asian Art; a performance hall; and a second museum focused on traditional arts of the Americas. The project's designer, global architectural firm Morphosis, designed the Perot Museum in downtown Dallas. 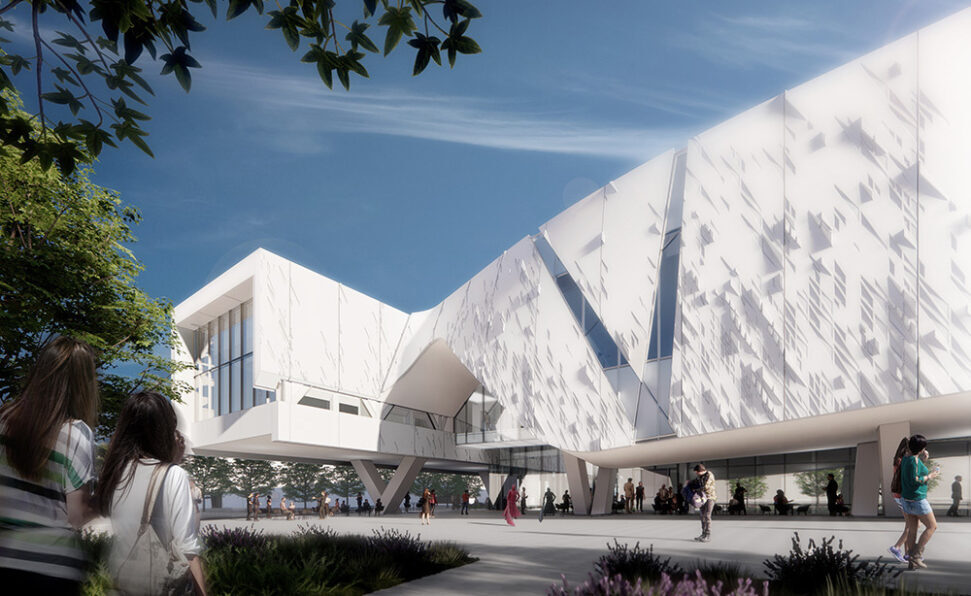 A rendering of the Crow Museum of Asian Art that will be built as part of the new Edith and Peter O’Donnell Jr. Athenaeum at UT Dallas. [Image: UT Dallas]

UT Dallas is known far and wide as a thriving center of science and technology, and the birthplace of numerous business and biotech startups. Now—after breaking ground yesterday on the $158 million Edith and Peter O’Donnell Jr. Athenaeum—it’s making a bid to become equally well known as a destination for arts and culture.

Designed by firm that brought Dallas the Perot Museum 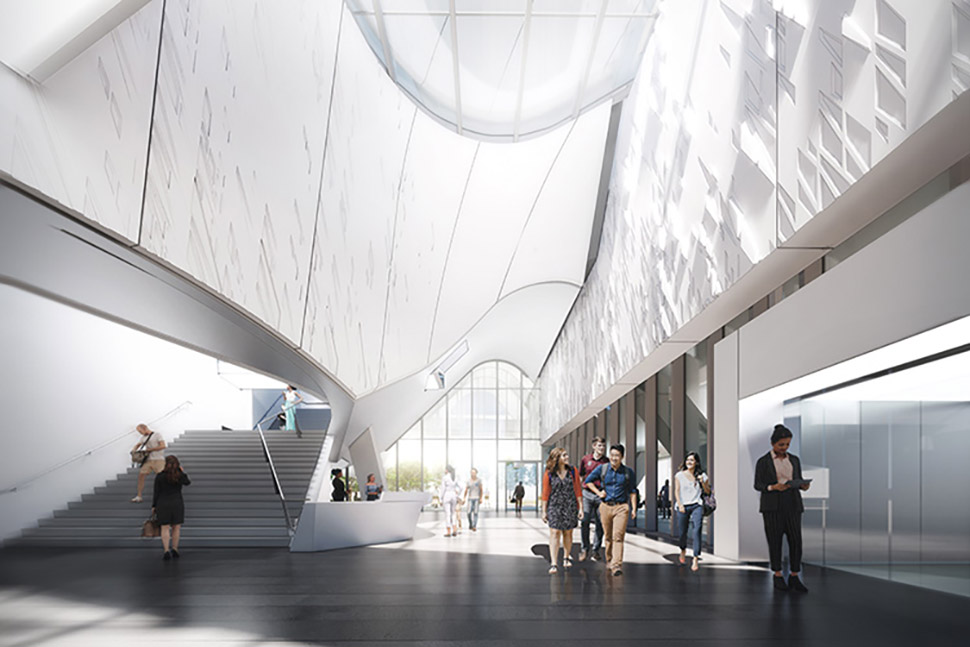 A rendering of the lobby of the Crow Museum of Asian Art at UT Dallas. [Rendering: UTD]

Phase I of the O’Donnell Athenaeum—the campus location of the Crow Museum of Asian Art—is slated to be completed by spring 2024.

“As an expression of human intellect and creativity, the arts play an important role at UT Dallas by enhancing the University’s focus on science, technology, engineering, mathematics, and management,” the university’s president, Richard C. Benson, said in a statement. “But to ensure that UT Dallas develops versatile individuals, we must integrate the arts fully into our vision and the experience of our students.” 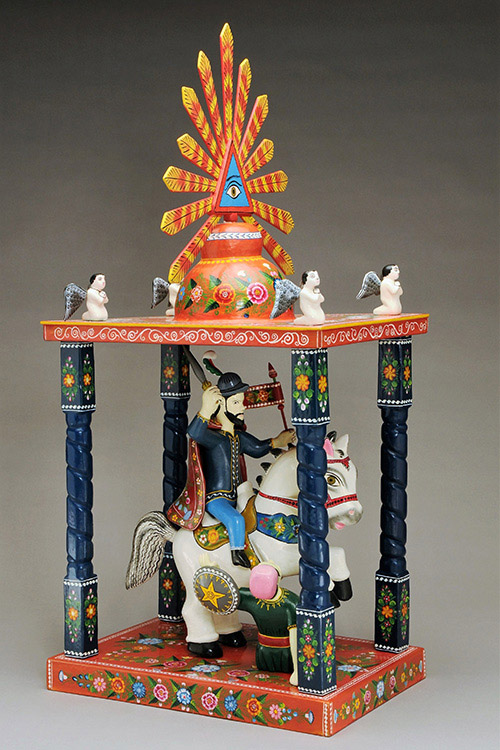 One of the pieces from the Laura and Dan Boeckman Collection of Latin American Folk Art. [Photo: UTD]

A $32 million gift from the O’Donnell Foundation is helping to support the project—the largest gift yet from one of UT Dallas’s biggest donors.

“Thanks to the transformative gift from the O’Donnell Foundation, as well as lead gifts from the Crow family and other generous Dallas families, we can now realize this vision for the Athenaeum,” Benson added, “creating vibrant spaces commensurate with our aspirations for UT Dallas and becoming a hub for the arts in North Texas.”

The Athenaeum project has been in the works for years. In 2019, the Crow family gave it a massive boost by donating the entire collection of the Trammell and Margaret Crow Museum of Asian Art, along with $25.45 million of support funding for the new UT Dallas campus museum.

The Crow Museum’s collection features over 1,000 works from Cambodia, China (including Tibet), India, Indonesia, Japan, Korea, Myanmar, Nepal, Pakistan, Thailand and Vietnam, along with a library of over 12,000 books, catalogs, and journals. The existing Crow Museum in the downtown Dallas Arts District will continue to operate with a full exhibition and program calendar, UTD says.

2-acre plaza will define the heart of the Athenaeum project 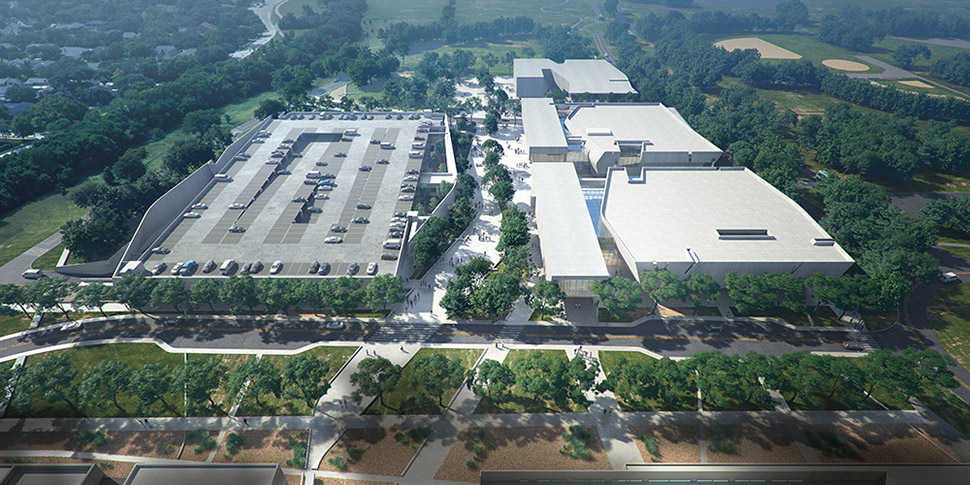 A rendering of the Edith and Peter O’Donnell Jr. Athenaeum depicts a view looking south from the Naveen Jindal School of Management Building. Phase I (lower right side) of the Athenaeum will feature the campus home of the Crow Museum of Asian Art. Plans also include a performance hall and a museum for the traditional arts of the Americas that will be directly south of Phase I and a parking garage on the left. [Rendering: UTD]

At the heart of Morphosis’ design for the project will be a 2-acre plaza, flanked by new buildings to the east and west. The plaza will feature tree-lined walkways, landscaped gardens, and paved open spaces with benches and water features. An amphitheater will provide a setting for outdoor performances and events. Placed through it all will be contemporary sculptures from the Crow Museum collection.

Morphosis will use landscaping and open space to give the buildings an integrated sense of connection.

All three cultural buildings will have second floors larger than their ground floors, creating intimate covered exterior spaces for studying, events and gatherings, performances, and art displays. Each building will be clad with white precast concrete panels “featuring a 3D pattern created through an innovative process designed by Morphosis,” UTD says.

“The O’Donnell Athenaeum will transform the UT Dallas campus with buildings and open spaces for the visual and performing arts that will allow both students and the surrounding community to experience the convergence of art and architecture in ways not previously possible at the university,” Arne Emerson, Morphosis partner and the design partner leading the project, said in a statement.

The Athenaeum project is part of UT Dallas’ New Dimensions campaign, which the university calls “a $750 million effort to attract talent to North Texas, facilitate the enterprising work of faculty, and realize the possibilities that exist when distinguished researchers and visionary artists share a home.” The campaign’s goal: transform UT Dallas into a cultural destination for North Texas.

UT Dallas has raised a total of $73.9 million to date for the campaign, including the $32 million gift ($22 million in capital funds for the Crow Museum and performance hall and $10 million to create a programming endowment) from the O’Donnell Foundation. The university says it has raised 52% of the funds needed for the first two phases of the Athenaeum’s construction.

“Peter and Edith O’Donnell were crucial to the development of UTD, almost from the beginning. They saw the University as having the potential to blend their passion for education, Peter’s interest in science and engineering, and Edith’s love of the arts,” said William T. Solomon, chairman, president and CEO of the O’Donnell Foundation, in a statement. “All of this finds unique expression in the role envisioned for the Athenaeum, which makes it especially appropriate that the complex will bear the O’Donnell name.”