The more than 120 women in STEM—10 from Dallas-Fort Worth—chosen by Lyda Hill Philanthropies to be IF/THEN Ambassadors will all have their statue displayed at NorthPark Center starting May 1.

Thanks to Lyda Hill Philanthropies’ IF/THEN initiative, Dallas now boasts the largest scale 3D printing project of its kind—and the most statues of women ever in a single place.

Starting on May 1, and going until Oct. 9, the NorthPark Center Garden will house #IfThenSheCan – The Exhibit. It’s a culmination of Lyda Hill’s IF/THEN, which celebrates female science, technology, engineering, and math professionals and role models from a variety of industries, including entertainment, fashion, sports, business, and academia. It’s a first-of-its kind coalition that was announced in early 2019 with a $25 million commitment.

After 100 years of the 19th amendment, there is still less than a dozen statues honoring women in major cities. Now, 120 statues of female leaders in STEM will sit at NorthPark Mall, driving the message of #IfThenSheCan.

“We deeply believe that, ‘IF she can see it, THEN she can be it’ and this exhibit is just one of the ways—albeit a very striking and fun one!—that IF/THEN is promoting positive portrayals of women in the images young people see in everyday life to pique their interest in STEM careers,” said Nicole Small, CEO of Lyda Hill Philanthropies and co-founder of the IF/THEN Initiative, in a statement. 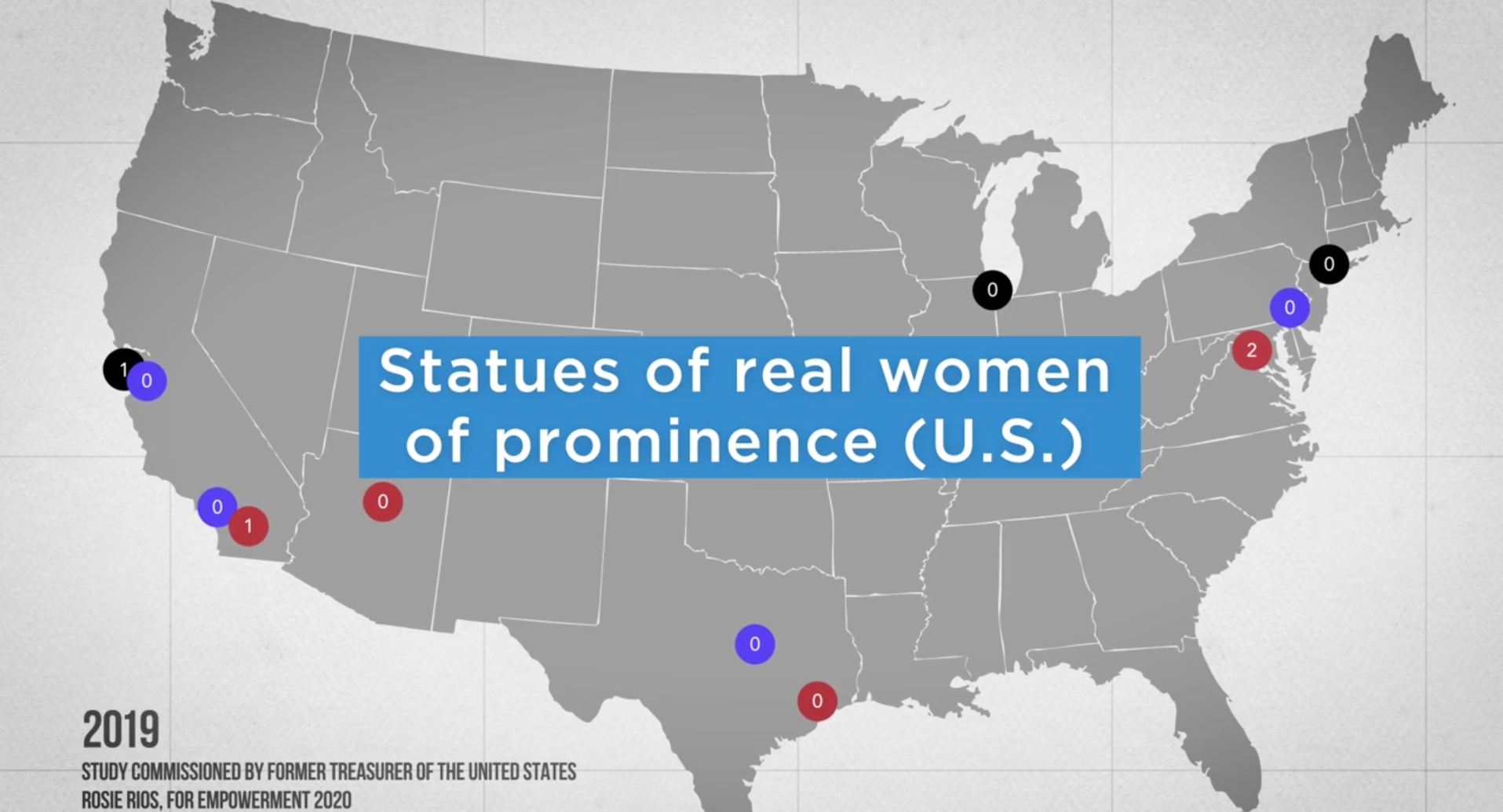 Visitors of the #IfThenSheCan – The Exhibit will be able to interact with audio and videos that highlight the stories of the chosen IF/THEN Ambassadors—all who are successful female STEM role models—in the hopes of being a catalyst of change for the future of young women pursuing STEM careers.

The Ambassadors—10 of them from Dallas-Fort Worth—were announced last September in partnership with the American Association for the Advancement of Science as a core component of Lyda Hill’s multi-faceted initiative. In October, the “STEM rockstars” gathered in Dallas for the three-day IF/THEN Summit, a boot camp-like event that trained the women in engagement techniques like communication, media and public relations, social media, and storytelling.

It was there that the women posed for their individual statues. The Twinstant Mobile Full Body 3D Scanner was a special part of the summit; it was on-site at the Perot Museum of Nature and Science to take a scan of each ambassador.

“We are living in a pivotal moment in time for women. We are convinced that now is the moment to focus on elevating our women leaders to ensure they have the tools they need to make discoveries that will save our planet,” Small previously told us. “The second part of that is to tell the stories of their work so that young people—girls and boys everywhere—have hope that they, too, can change the world.”

Following the scan, a team of exhibit designers produce a life-size 3D-printed statue of each ambassador. [Photo: Erin Gilliatt]

#IfThenSheCan – The Exhibit will honor women such as oceanographer and National Geographic Explorer-in-Residence, Dr. Sylvia Earle, and Allie K. Miller, lead of AI, startups, and VC at Amazon who won Forbes’ AI Innovator of the Year in 2019.

The project was kickstarted by another powerful woman, Treasurer of the United States Rosie Rios, who is an advocate for placing women on American currency, after she commissioned a study that found the lack of female statue representation.

“#IfThenSheCan – The Exhibit is giving young girls a glimpse at careers they never knew existed,” said Rios in a statement. “Our future leaders need to see inspirations in order to have aspirations.”

And, NorthPark Center is excited to be part of this cultural movement, with Nancy A. Nasher, owner of NorthPark Center, sharing that this coincides with their continued commitment to bringing world-class art and important, educational, and cultural experiences to the public.

“We want every little girl to see herself in one of these women,” Small says. “We wanted them to see people that physically look like them, and then intellectually they can identify with their passions.”