Contracting Alzheimer's is the No. 1 fear of people over 65, says Sid O'Bryant, who wants to give primary physicians the ability to test for Alzheimer's with a blood test. That can offer peace of mind to many and earlier help for those who need it.

His groundbreaking research, which has revealed significant differences in biomarkers for the disease, could make the treatment of Alzheimer's more like that for cancer—a multi-dimensional "precision" approach.

In less than two years, Sid O’Bryant aims to deliver a blood test that will give primary care physicians the ability to test for Alzheimer’s. And in the next decade, he wants his team’s research to fundamentally change medical treatment of the disease for the better. 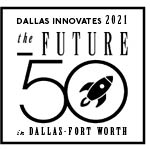 O’Bryant, a professor and executive director of the Institute for Translational Research at the University of North Texas Health Science Center (HSC), is working to make the treatment of Alzheimer’s more like that for cancer—a multi-dimensional tailored approach rather than focusing solely on an elusive one-size-fits-all drug.

On a recent Innovate Fort Worth Podcast, O’Bryant noted, “I really believe that a better understanding of the complexity of the disease is key to treating Alzheimer’s.”

He and his team won the largest grant ever in the history of HSC last year—$45 million from the National Institute on Aging to study the disproportionate impact of Alzheimer’s disease on Hispanic Americans. The grant allowed them to build one of the most advanced research brain imaging facilities in the U.S. And now they’re including African Americans, who are also disproportionately affected by Alzheimer’s, to the study.

The importance of Alzheimer’s research

So what’s translational research? The NIH defines it as “the process of applying knowledge from basic biology and clinical trials to techniques and tools that address critical medical needs.”

Still in its early stages (he hopes the study goes on for decades), O’Bryant’s research is starting to reveal significant differences in biomarkers for Alzheimer’s for non-Hispanic Whites, Mexican Americans, and African Americans. His project is the first to examine and track these variances.

“We can find better ways to treat and prevent this disease, and we can do so in a manner that is more precision medicine, which takes into account more than biology, but also diet and environment, and all the things that surround you as a person,” he told Innovate Fort Worth.

For developing his blood test, which began as a HSC study, O’Bryant founded Cx Precision Medicine in 2016. According to Crunchbase, the Fort Worth company received $600,000 in seed round funding last August.

Contracting Alzheimer’s is the No. 1 fear of people over 65, according to O’Bryant. It affects 12 percent of that population, so being able to rule it out with a blood test would give many senior citizens peace of mind. Those that do have early indicators can get help sooner and have a better quality of life for a longer time.

“The goal is to help patients, and give patients hope for a brighter future,” O’Bryant said.

Sid O’Bryant was featured in Dallas Innovates’ Future 50 in Dallas-Fort Worth in the 2021 edition of our annual magazine. We talked with O’Bryant about how HSC has become a key player in Alzheimer’s research and the motivation of being a part of “something bigger.” Here’s a takeaway:

On the recent $45 million grant for Alzheimer’s research:

These funds will be used to build on the ongoing HABLE study. We will now be able to add PET scans to each and every participant twice over the course of the grant to determine, without question, if they have the biological changes of Alzheimer’s disease in their brains. We will be able to determine if the biology of the disease is different between Mexican Americans and non-Hispanic whites, which it probably is based on our current work.

On how this research will impact the future:

Together, this work will change the field. We will have a full and comprehensive understanding of the biological changes of Alzheimer’s disease among diverse groups. To date, there have been no studies of the biology of Alzheimer’s across diverse populations. This work will lead to novel ways to detect and treat the disease in a person-centered manner.

Our team believes that we are part of something bigger. We have taken on the task of helping patients and families have better lives. We have taken on the goal of providing better treatments to all patients from all walks of life, not just the most privileged. Being part of a bigger picture, a bigger goal, and a bigger purpose keeps us all motivated and focused.

On what’s next for the institute:

UNTHSC has provided us with funding to add 1,000 African Americans to the HABLE study. To date, there has never been a study of the biological features at this depth across the three largest ethnic/racial groups in the U.S. Fort Worth already looks like, demographically, what the U.S. will look like by 2050. [That means] we are the best place to do this work, and our team and UNTHSC has the passion and drive to make it happen. So, we are getting even bigger.

A version of this story was originally published in Dallas Innovates 2021: The Resilience Issue.

Our fourth annual magazine, Dallas Innovates 2021: The Resilience Issue, highlights Dallas-Fort Worth as a hub for innovation. The collective strength of the innovation ecosystem and intellectual capital in Dallas-Fort Worth is a force to be reckoned with.

Education
The Last Word: Brother Bill’s Blane Rogers on the Impact of a Food Pantry at the West Dallas STEM School

Education
Calendar: Not-to-Miss Events for Innovators in Dallas-Fort Worth